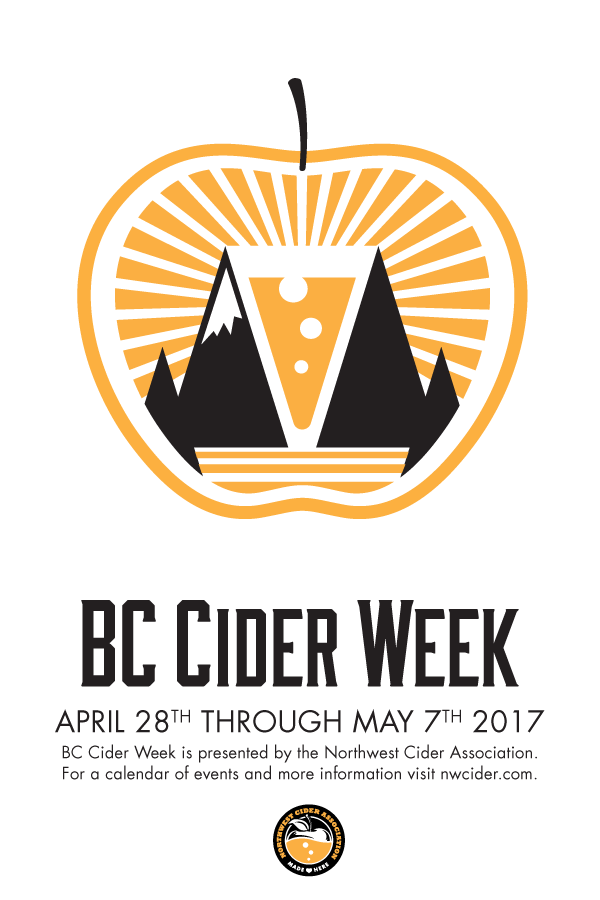 The official BC Cider Week celebrates the art of craft cider and the upcoming summer season with events spanning the entire province. Tasting events from Kelowna to Vancouver Island include 3 festivals, tap take overs, cider pairing meals, and much more throughout the 10 day event.

Events are posted on the NWCA website and facebook page and more events are registered weekly. Four festivals will highlight local cider:

“The BC Cider industry is experiencing a lot of excitement and growth and our Third Annual BC Cider Week celebrates this,” said Emily Ritchie, executive director of the Northwest Cider Association. “We are excited to be moving this festival to the spring – kicking off the summer season with many great events throughout BC.”

Watch for more events posted on Facebook: facebook.com/bcciderweek. When applicable, tickets and reservations are strongly encouraged, such as for the BC Cider Week Kick-off and Send-off events. Thank you to our sponsors Commercial Logistics, the transport division of Container World and to SIP Northwest.