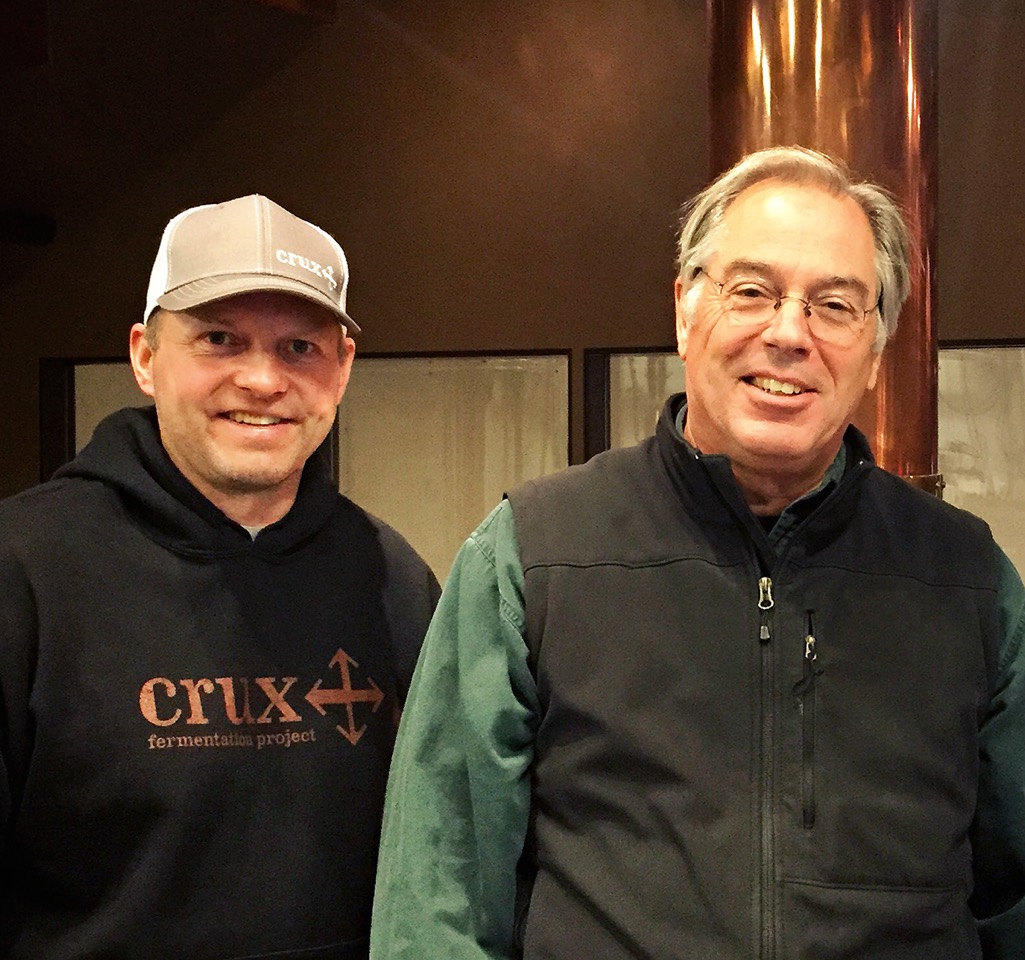 (Bend, OR) Crux Fermentation Project announced this week that Cam O’Connor joined the team as its Head Brewer. Bringing with him more than a decade of high-end craft brewing experience, Cam significantly expands the talent bandwidth allowing Crux to focus more time, imagination and energy on high-touch experimental brews such as their [BANISHED] Series of barrel-aged beers.

Cam will work closely with Crux Founder and Brewmaster, Larry Sidor, with whom he also worked with at Deschutes Brewery for eight years. “Cam is extremely creative and entrepreneurial,” according to Larry, “And has the vision and the talent to help take Crux to the next level.”

Cam began his brewing career at Sierra Nevada Brewing Company in Chico, California, after completing the Master Brewer Program at University of California–Davis. He then spent the next ten years brewing for Deschutes Brewery in Bend, Oregon, where some of his most notable accomplishments were developing their Fresh Squeezed IPA and Hop In The Dark Cascadian Dark Ale and opening their PDX Pub.

“I really enjoy all the beers Crux is making—their mainline beers, their barrel-aged beers, their Brewdeck Release beers,” Cam said, adding that [BANISHED] Better Off Red Flanders Red Ale is his current favorite Crux beer. “Crux is already pushing boundaries and I can’t wait to push them further with stuff like wild yeast and bacteria.”

ABOUT CRUX FERMENTATION PROJECT: Crux Fermentation Project is located at the epicenter of Bend and at the crucial core of the brewing process. We’ve designed our 11,000-hectolitre brewery to allow for non-traditional brewing methods like decoction mashing, open fermentation, oak barrel aging, wild yeast strains and experimental hops. All our beer is bottled and labeled by hand in small batches right at the brewery. Brewmaster Larry Sidor is always in pursuit of the next great beer, whether by reinterpreting a classic style or abandoning it altogether.