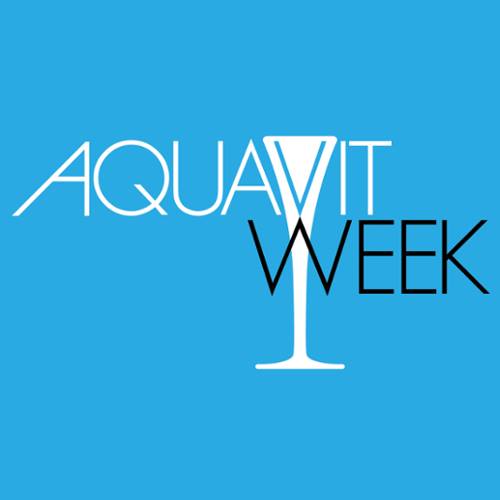 The week long celebration that honors the signature distilled spirit of Scandinavia returns when the 5th Annual Aquavit Week takes place from December 4 – 10, 2016. When this humble event began in 2012, Aquavit was still in its infancy when it came to the American palate. Since this time, Aquavit Week founder and world famous mixologist, Jacob Grier has led a crusade across the United States to bring awareness to aquavit. Five years later there are now over forty various aquavits available here in the U.S. from small batch producers to the high-end imports from Scandinavia.

Compounding on each previous year, the 2016 edition of Aquavit Week will be the largest one ever. Grier has expanded it beyond his hometown of Portland and the Pacific Northwest in general, to adding events in New York, Chicago, and Houston. This year’s growth is made possible by the sponsorship provided by Linie Aquavit from Norway. Linie is distilled in Norway but is then matured in old sherry casks at sea while the ships travel twice across the equator. This constant change in temperature and humidity and the rocking of the casks at sea gives Linie its distinctive taste.

New for the 2016 Aquavit Week, is its new week long Snaps & Taps Beer Pairing. This unique pairing event will be taking place at many of the bars that are listed at towards the end of this article.

Below is the 2016 schedule of Aquavit Week events in Oregon. Check the Aquavit Week website as more events may be added!

Snaps & Taps (Dec. 4-10)
Come sample aquavit and beer pairings that will feature special beers from Portland’s finest brewers at Portland’s best bars. Look for beers from Breakside Brewing, Upright Brewing, The Commons, Drinking Horse, and for our first ever Aquavit Week cider, a special release from Reverend Nat’s. Check the Aquavit Week website for details on where to find these brews.

Nordic Flight Night (Dec. 5)
Bit House Saloon – 727 SE Grand Ave., Portland, OR
Bit House Saloon’s popular Monday Night Flights take on a Scandinavian slant with a worldwide selection of aquavits. Come by all night long to try aquavits made in the Nordic countries, the United States, and right here in Portland, Oregon. 3:00pm to 2:00am.

Aquavit Week Post-Party (Dec. 11)
TBD
Toast the ending of the biggest Aquavit Week ever at the internationally inspired Expatriate, featuring aquavit cocktails from some of Portland’s most creative bartenders. 9:00 pm – 12:00 am.

Participating Bars in Oregon include the following.