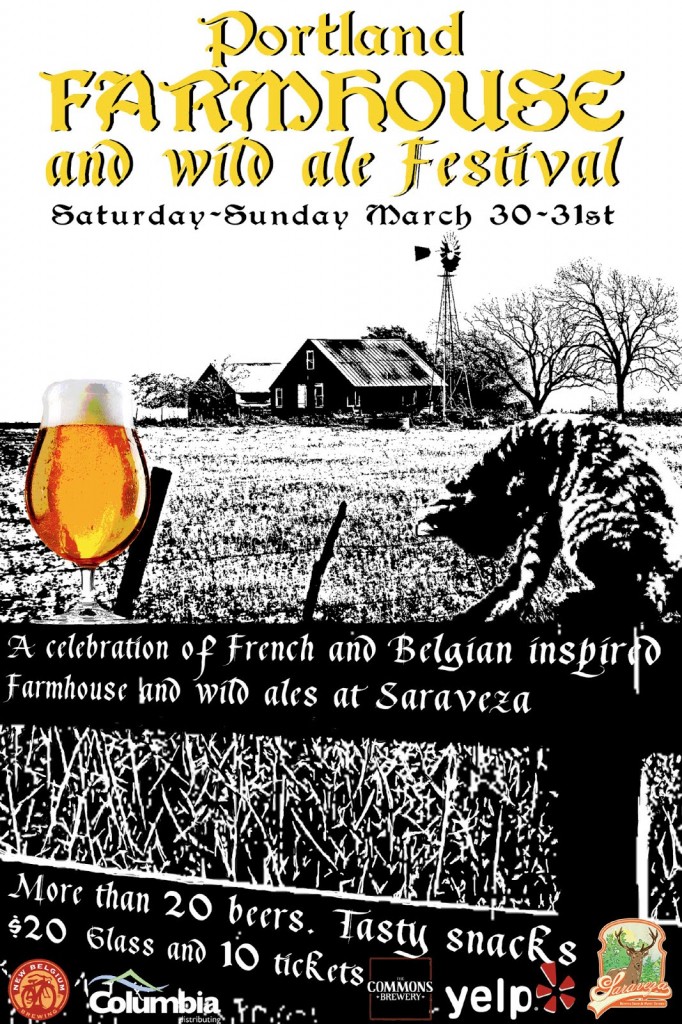 It has been said quite often amongst those in the craft beer circuits across America “The Belgians are coming!” Well, in Oregon, with events like Portland’s Cheers To Belgian Beers pubs like Bazi Bierbrasserie, that the Belgians are already here. In American’s top craft beer destination, Portlanders have embracea many a-style of zesty, piquant, and effervescent beers unlike what those who witnessed the early years of the modern day craft beer revolution were accustomed to enjoying. Spicy, tart, and prickly on the tongue; unbridled imaginations employed and largely extricated from the doldrums of the bitters of England, the massively hopped IPAs nearby, and the restrictive Reinheitsgebot-mandated lagers of Bavaria… Belgian and French Farmhouse-style ales are now a thriving segment of beer that a large constituency of American craft brewers are realizing deserve the attention of their respected brewhouses.

Sure they’re not for everyone, but these wondrous and often wild offerings inspired by rural brewers from across the pond have certainly been embraced by some West Coast palates to the point that entire breweries such as Upright, Commons, and Logsdon (read about Brewpublic’s Farmhouse Brewers Night event at BeerMongers in 2011) find these styles at the core of their ingenuity. On Saturday March 30 and Sunday March 31, 2013, our friends at Saraveza are sharing an evening dedicated to the rustic farmhouse traditions of France and Belgium with their Portland Farmhouse & Wild Ale Festival. More than 20 breweries will participate in this sure to be memorable event. Here are the details: 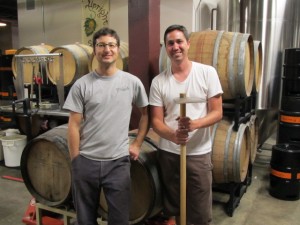 Farmhouse-style beers are among the most rustic and traditional ales of the farming regions of France and Belgium and until recently were virtually unknown in America. In recent years breweries of the Pacific NW have helped bring about the resurgence of these beers with traditional methods like using locally grown ingredients that may be found in our farms and fields.Portland’s first ever Farmhouse and Wild Ale Festival celebrates U.S. brewers who have embraced the styles of Saison, Biere de Garde and Brettanamyoces inflected beers which vary from light to strong, earthy, spicy, fruity and funky tart.Held at North Portand’s Saraveza Tavern and neighboring Bad Habit Room on Saturday and Sunday March 30th and 31st the festival will feature more than 20 farmhouse style beers from across the country, many never before available and from both established and new breweries. The 2 day festival will feature rotating taps at both Saraveza and the Bad Habit Room changing over 2 days and outdoor seating and standing space on N. Michigan. Advanced ticket purchase is encouraged. The taplist will include classics like Ommegang’s Hennepin to rare kegs from breweries like Anchorage’s Anadromous and Rondy Brew, vintage beers such as 2011 Provisions from Block 15, exclusive one-off kegs like Byrd Stout from Upright Brewing and beers not even distributed in Oregon like Telegraph Brewing’s Obscura Vulpine with Blackberries.
Participating Breweries:

Entrance fee to the festival is $20 which includes a commemorative Farmhouse Festival glass and 10 drink tickets good for a 4oz sample of beer (some beers are more expensive and cost 2 tickets per sample). You are encouraged to purchase tickets here before they sell out.