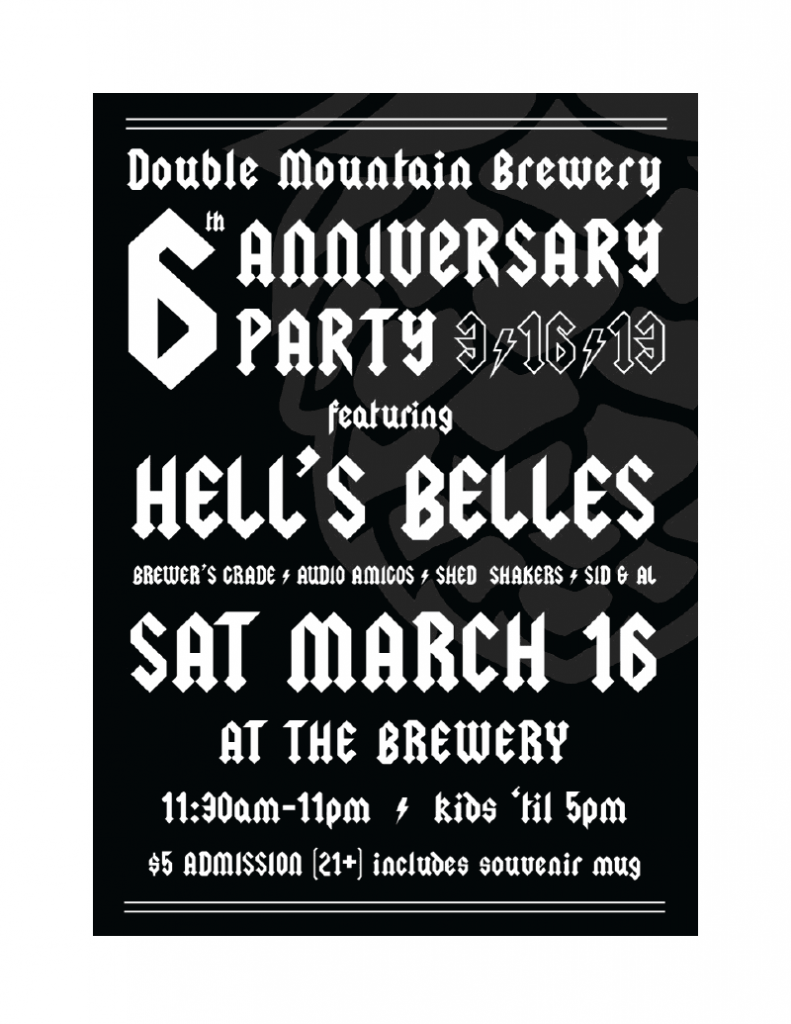 HELL’S BELLES Headlines This Year’s Anniversary Party on Saturday, March 16 at the Brewery

It’s that time of year again when we toss up the big tent, fill the taps with all we’ve got and throw a shindig to thank all our friends for another great year. The Double Mountain Anniversary Party has become a Northwest institution, and this year’s 6th Anniversary gig will carry the fun even higher.

The all-day party will culminate with the awesome musical stylings of Hell’s Belles, the all-girl AC/DC cover band that has torched stages across the nation. HB will be supported by a strong roster of local acts including the rockin’ country of Brewer’s Grade (formerly known as Unwound); surf rockers Audio Amigos; and local acoustic acts Shed Shakers and Sid & Al.

On the beer front, three bars will be dispensing a total of two dozen different Double Mountain ales and lagers, many of them from the brewers’ reserve stash. We will be doing half- as well as full-pours into a souvenir glass mug this year, to enable our fans to sample a wider variety. Pizza by-the-slice (new this year) and sandwiches will also be available. $5 admission for adults includes the souvenir mug; kids are welcome with parent/guardian until 5pm.

For more info check us on Facebook or go

Looking forward to this weekend, hope you can join us!