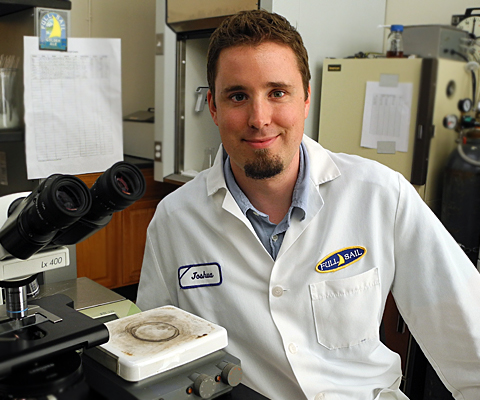 Full Sail Brewing of Hood River, Oregon has announced the latest release in their Brewer’s Share Experimental lineup. The beer, a celebration of American Craft Beer Week which kicks off on Monday May 14, 2012, “Allman’s All Mild”, was developed by lead lab tech Joshua Allman. The 4.1% ABV brew is described by the brewery as a “beautiful light copper colored English Mild Ale.” Here’s the full scoop from the folks at Full Sail:

Hood River, Oregon – To celebrate American Craft Beer Week (May 14-20th),  Full Sail Brewing will release a new beer in their Brewer’s Share Experimental line up: “Allman’s All Mild” crafted by Lead Lab Technician Joshua Allman. Inspired by traditional English mild style beers he found in London pubs in his early 20s, Joshua wanted to honor his English heritage and those fond memories by brewing his own mild style ale.

“Coming from English heritage, I was very excited to brew this easy drinking and sessionable ale for Full Sail,” says Joshua. “This is a great beer for the warm and sunny days ahead, and a beer that you can enjoy pint after pint with friends. I selected English malts that provide the flavor I remember fondly from that first pint in London. I hope you all enjoy the simple beauty of this Old World brew. Cheers!”

With each Brewer’s Share series beer, Full Sail picks a local charity to receive a portion of the proceeds from the sale of the beer. Joshua has chosen to support the Columbia Gorge Ecology Institute, so every keg of Allman’s All Mild benefits this organization whose mission is to create life-long learning opportunities that foster a sense of wonder and community stewardship in the natural systems of the Columbia River Gorge.

The independent and employee-owned Full Sail Brewery is perched on a bluff in Hood River, Oregon, overlooking the most epic wind and kite surfing spot in the world. At this very moment our specialists in the liquid refreshment arts are crafting barley and hops into your next beer. Among the company’s most popular brews are Full Sail Amber, IPA, Pale, LTD, Session Premium Lager, Session Black and Session Fest. Founded in 1987, the Full Sail crew has been fermenting godlike nectar for 25 years.  Committed to brewing great beer and sustainable practices their award winning brews are now available in 29 states. The Full Sail Tasting Room and Pub is open seven days a week.  Swing by for a pint, grab a bite, tour the brewery, or just soak up the view.  http://www.fullsailbrewing.com

Started in 2006 and recognized by congress twice in its history, American Craft Beer Week® (ACBW) is the national celebration of America’s small and independent craft brewers, their impact on American culture, and the love affair that craft beer enthusiast have for their favorite American made craft beers. Become a fan of American Craft Beer Week on Facebook or visit the ACBW website for more information on events around the country and toast the week with a delicious beer brewed by one of the craft brewers in the US.