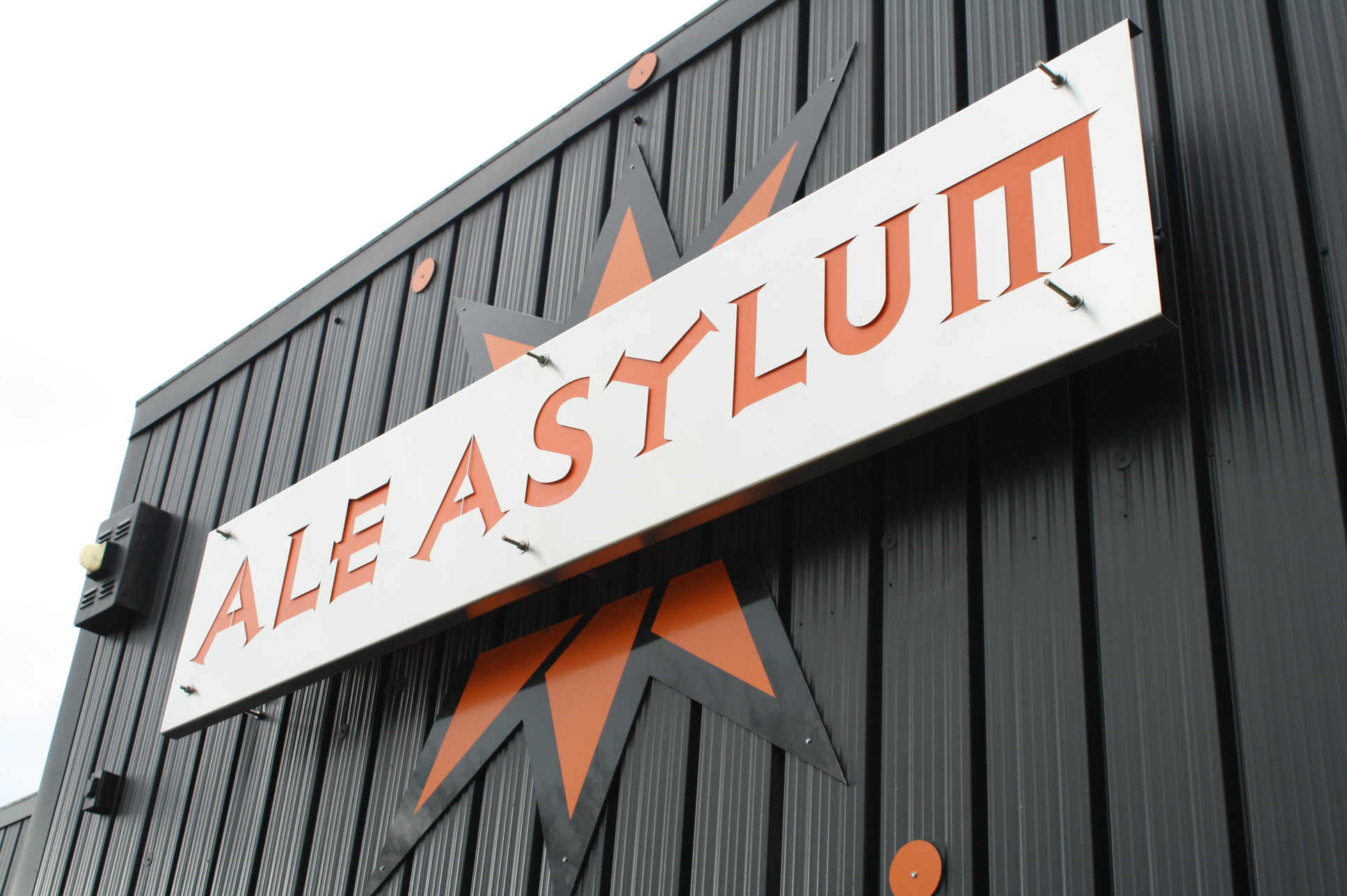 Following a day trip to Indiana, we headed northwest from Chicago to the great state of Wisconsin. Our 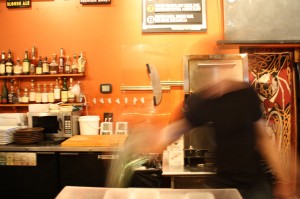 destination was New Glarus, the world famous brewery known for an assortment of world class brews, but moreover, their renowned Belgian Red Cherry Kriekbier. We scheduled an appointment to meet with owner and diploma brewmaster Dan Carey the day after, so we had one day to spend exploring Southern Wisconsin. We weighed the options between Milwaukee, an obvious historical setting for grand American beer icons like Miller, Schlitz, Blatz, and Pabst (all kind of sound like involuntary exclamatory bodily reactions to too much beer consumption) as well as a few other notable micros like Lakefront Brewing; and Madison, a college town with a handful of smaller craft breweries all within a 30 mile radius, and a little closer to New Glarus. We opted for Madison. After being dropped off at the airport by our friend Scott, we caught a shuttle to pick up our car, and by the time we fought traffic back west through 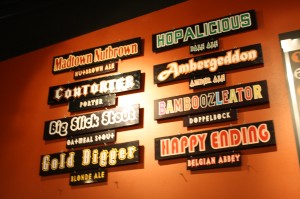 Chicago, and finally, after about an hour, we were on the open highway. About 90 minutes and a million farms later, we arrived in Madison. A handsome college town of about 200,000 people, Madison was a progressive community, home to University of Wisconsin and a couple of decent microbreweries. Positioned at the center of the city on a hill over seeing the community and two big lakes, the State Capital Building served as a compass in the heart of Madison. Filled with countless college students and neat little shops, downtown Madison was a clean and cultured place that we like immediately.
Our first stop was in the outskirts of town in an industrial park at Ale Asylum, a colorful brewery with artful décor and a small little pizza oven. The design work reminded me of the kind of stuff skate and bikers really enjoy, and in fact, I thought was pretty cool as well. At Asylum, we enjoyed a handful of ales including a Madtown Brown, Happy Ending Belgian Abbey, Hopalicious Pale Ale, Contorter Porter, Gold Digger Blonde, Bamboozleator Doppelbock, and a Big Stick Oatmeal Stout. All of the beers were very clean and refreshing and well made, but nothing to really knock a beer geek’s socks off. The staff was friendly and it

appeared that they knew many of the locals who cam in to order. A couple playing pool and dressed in Milwaukee Brewers gear from head to toe over heard us debating about other beer spots in town before coming over and kindly suggesting a few key spots for craft brew. One place that our Brewpublic computer guy Aaron Miles recommended that came up in conversation with the Wisconsinites was the Great Dame Brewpub. Situated in the heart of downtown Madison, the Great Dame now has two other satellite locations as a testament to its local popularity. The downtown pub, in recent years, expanded to take over two adjacent business spaces, and also featured a beer garden downstairs and outback. As a Boston sports fan, I was 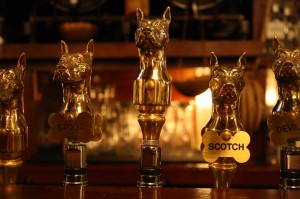 pleased to find the Red Sox and Celtics games on the televisions. To make matters even better, a series of GABF medals hung from the wall and two different Pilsners poured on tap. This was a great spot. The first beer I opted for was the Peck’s Pils, a Czech-style lager with a crisp Saaz hops flavor that was light and super refreshing. To follow Peck’s, I enjoyed a Verruckte Stadt German Pils, another delicious Pils featuring yummy Hallertau hops. The Great Dane featured 16 different handles including a cask pouring an Extra Pale Ale. The beers here were quite indicative of the populus taste in the area: Landmark Amber Light, Crop Circle 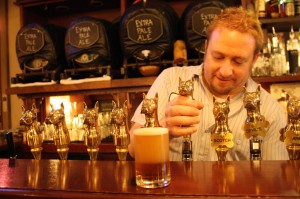 Wheat, Old Glory American Pale, Wooden Ship ESB, and many others. After enjoying a smoky Stone of Scone Scotch Ale and a malty Texas Speed Bump IPA, I wandered into the small

brewhouse and met with one of the head brewers, Eric Brusewitz. Brusewitz has been making beer with Great Dane for over 14 years and was as knowledgeable as he was friendly. He told me a lot about the Wisconsin and Madison beer scene and told me that we must return for the Great Taste of the Midwest beer fest. “It’s the thrid largest craft beer fest after yours (OBF) and GABF” he said of the event scheduled each year for the second Saturday of August. Eric mentioned two beers at last year’s Great Taste that were quite bold called Imperial Battle Snake and Droids Attack. After a hearty dinner, Eric poured us samples of what he called his baby, O’Juniors Nitro Irish Ale, a light and creamy amber hued beer designed to quaff in mass amounts. Delish!
Our night in Madison was complete. We walked to our hotel across the Capitol and called it a night anxious to visit New Glarus the next day. 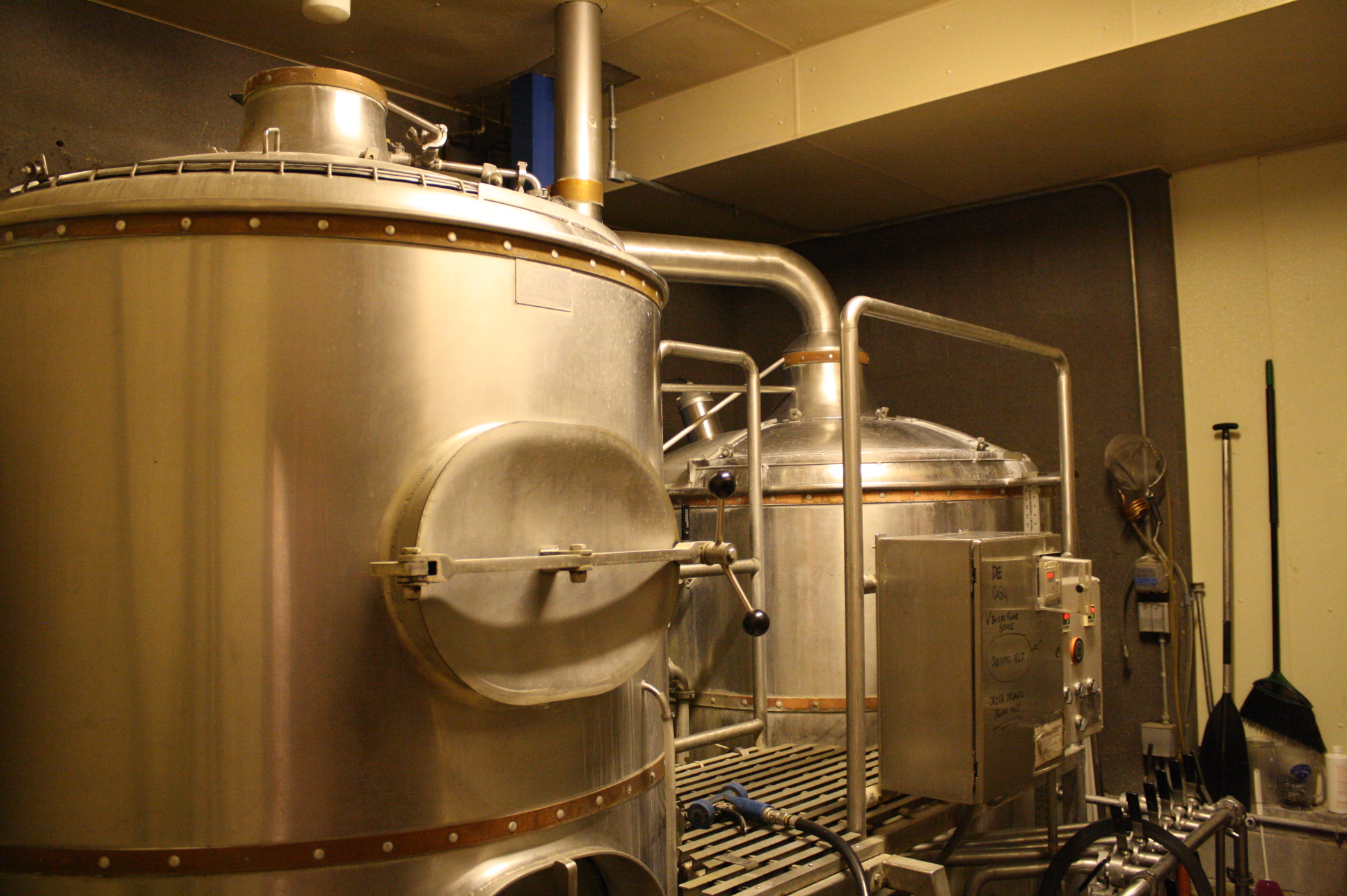