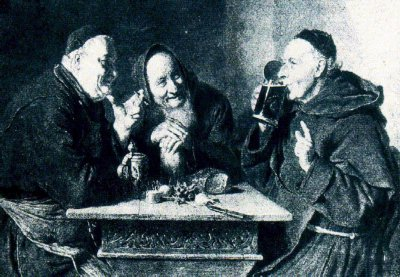 These days with so much craft beer hullabaloo setting off in Oregon, we find it difficult to focus our attention to the wonderful state of Washington to the north. However, fellow beer scribe Paul “Fruit Trees” Orchard up in Seattle who runs the  Northwest Beer Guide (aka, The Pickled Liver) blog has organized an event that might be worth -dare we say – setting foot outside of the great Beaver State for a day or two.

The event will be hosted by Naked City Brewery & Taphouse from July 14 through July 24, and will showcase a vast assortment of beers 5% ABV or below for your livers longevity. These beers include specialties such as Silver City Ziggy Zoggy Lager, Naked City Ewigelibe Hefeweizen, Maritime Old Seattle Lager, and even some Belgian-styles and ciders to boot. For a complete list of the beer wrangled up so far, visit the official Seattle Session Fest site where Fruit Trees breaks it down by ABV ranges. We’ve got more details from Fruit Trees below.

For most the event of this mid-year is the Washington Brewers Festival, Seattle International Beer Festival, or maybe even the upcoming Cider Festival. And with any alcohol related festival preparation usually consists of hydration, food, and the possible onset of a hangover the next day.

Come this July rather than invest in a bottle of Gatorade and aspirin can we instead offer a detour? Starting July 14th in the Greenwood neighborhood the Naked City Taphouse & Brewery is proud to host Session Fest. Conceived and sponsored by ‘blogger’ Paul “Fruit Trees” Orchard of the Northwest Beer Guide, this one of a kind ten day event returns festival goers to beer’s ancestral roots. What makes this festival unique is that each beer is 5.00% Alcohol By Volume or below.

Session Fest isn’t just some run of the mill festival where the goer takes the risk of waking up worse for wear the next day. Instead Session Fest focuses on what makes going out fun, conversation shared over several hours of drinking. And what better way to celebrate the day spent than over a pint of Kolsch, Pale, or even an Indian Session Ale?
With a huge send off (Thursday July 14th) we invite you to choose from 12 different beers all 5.00% Alcohol by Volume or below.  Plus as each brewery contributed beer is depleted another local, Washington beer takes its place. In all this week long event will feature over 24 different Washington breweries. And who knows we might even sneak in a few kegs from across the Oregon / Idaho border.

Calendar of EventsSession Fest Thursday July 14th, 2011 thru Sunday July 24th, 2011There is no admission cost and beer pricing will be based on whether a schooner or pint is consumed.  24+ beers featured through the week with only 12 made available any given time.Note, Current Draft List is being created and will be sent out shortly. Currently we have unique offerings from Elysian Fields, Two Beers Brewing, Epic Ales and a few others. Once we have the proposed draft list we will forward you the updated information.

Session Fest Brewers Night July 14th, 2011 Approx. 6 PM Look for brewers who have contributed to this year’s festival to be in attendance. Note, Details are still being completed but the hope will be to feature prizes and maybe even a few surprises.