(March, 6, 2014) Tempe, AZ –  As a long-time fan of craft beer, Angela Muñiz took up homebrewing two years ago. She quickly found that making beer is no tidy task. When Muñiz founded her new business GFA aprons last year, one of her first priorities was to design an apron specifically for the needs of home and commercial brewers. This month, GFA aprons debuts The Beer Maker Apron just in time for beer weeks and festivals around the country.

“Brewing is wonderfully messy – dusty, wet and sticky,” says Muñiz. “But when you look for an brewing apron the most common ‘uniform’ is a bowling shirt. These look good on guys but not always on women. They also don’t have the pockets or towel loops you really need to keep your tools at hand.”

The GFA Beer Maker Apron fills these gaps. The three styles come with a slender pocket on the chest for pens and thermometers, a towel loop, and a split pocket at the waist is divided to hold a notebook in one half and refractors and other items on the other. 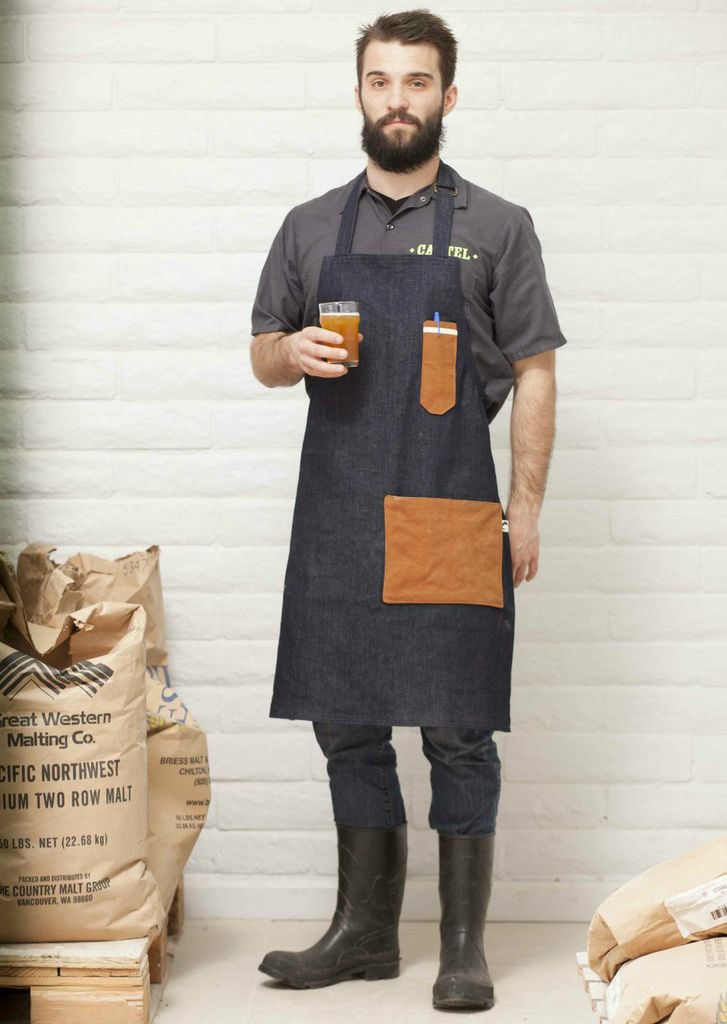 The apron also introduces the GFA Razorback ties. These ties take the place of the traditional neck loop and waist ties. Instead the straps cross the brewer’s back and can wrap around or tie in the back. It eliminates the uncomfortable pull some find from a neck loop.

“The Razorback has been an instant hit,” says Muñiz. “It holds the apron in place with no tug at all. You hardly know you’re wearing it, yet everything you need is just a pocket away.”

The Beer Maker comes in three colors – the refreshingly golden Kolsch, a blue denim California Common, and the chocolate brown Porter. They are available online at GFAaprons.com for $45. Custom sizing – for those who enjoy the beer they make – and group orders are also possible by emailing requests to Muñiz.

About GFA Aprons
When a chef asked Angela Muñiz to help him fix an apron that didn’t fit quite right, she had no idea it was the start of a new business. The PR and marketing consultant now makes custom and retail aprons for chefs, baristas, brewers, home cooks and crafters. The name comes from her “alter-ego” identity – the Girl From Arizona. GFA aprons is based in Tempe, Ariz., at 1022 W. 23rd St and online at GFAaprons.com. Follow Angela as she finds apron inspiration in travel, beer, coffee and food on Twitter, Facebook and Instagram @girlfromarizona.