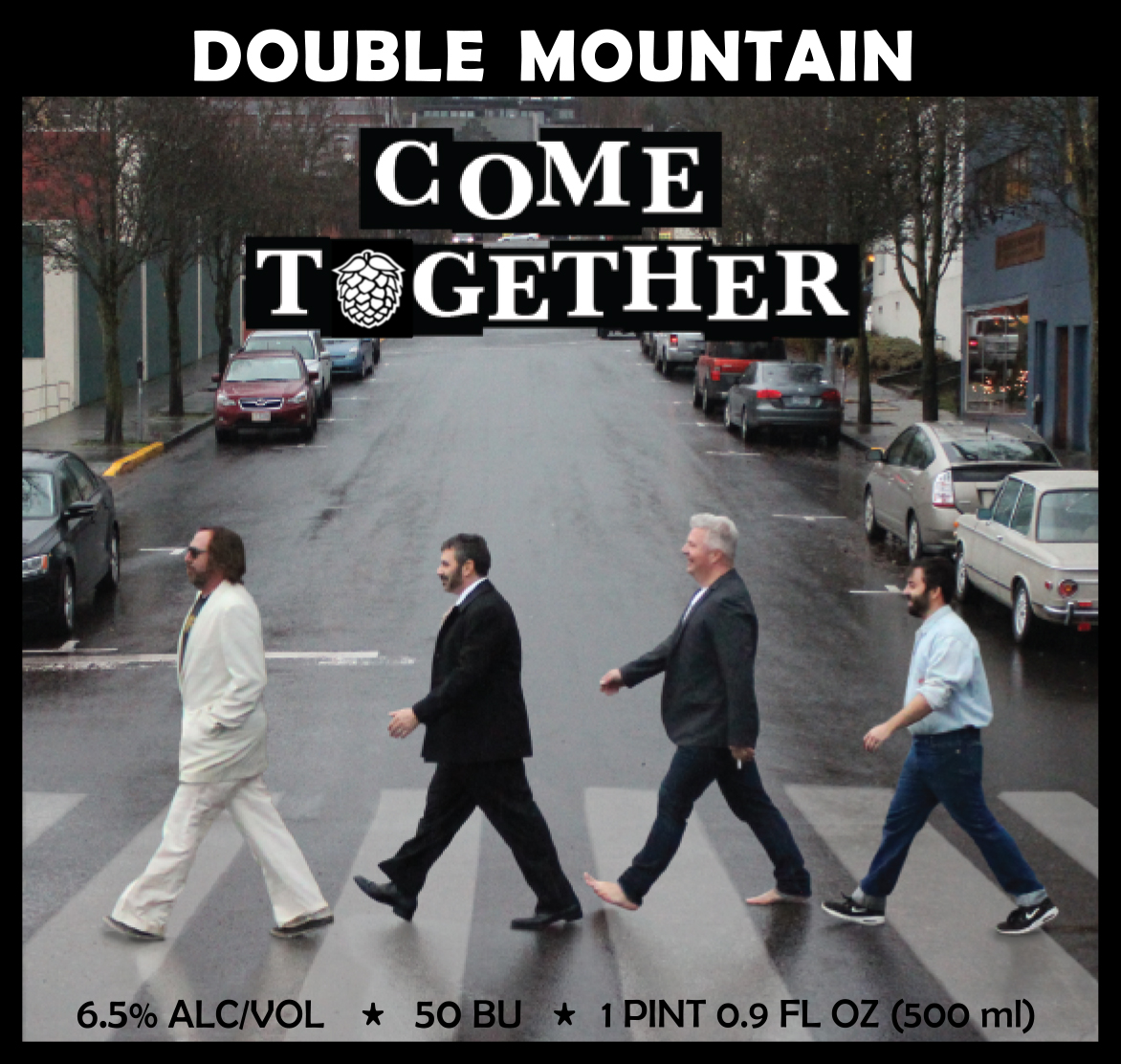 Hood River, OR—January 27th, 2016 —Double Mountain Brewery & Taproom teamed up with the Portland, Oregon based annual culinary event series Chefs Week PDX to collaborate on a specially crafted beer, Come Together Pale Ale. Double Mountain’s Brewmaster/Owner Matt Swihart teamed up with Portland chefs Doug Adams (Imperial), Adam Sappington (The Country Cat) and Rick Gencarelli (Lardo) and created The Beatles inspired Pale Ale with the intention to be paired with the menagerie of menus being featured throughout the week’s events. This limited release is crisp well balanced pale ale is available on tap and in bottles at the Double Mountain Taproom located in the heart of downtown Hood River, OR. Come Together will be available at select locations in the Portland, OR area the first week of February to coincide with Chefs Week PDX events.

“I couldn’t decide what was more fun, working with these great chefs, or formulating a Pale Steam beer at the iconic Sandy Hut dive bar. Nice work gents! I’ll buy the next round.” Brewmaster/Owner Matt Swihart

Description: For Chef’s Week PDX we wanted to create something special. We wanted to brew something that would be perfect to pair with a menagerie of menus and keep things coming together nicely. We chose to ferment a Czech Pilsner strain at ale temperature, creating a pale ale with citrus and pine grove aromas, and a crisp, clean balance. It’s polite, complimentary, provides witty anecdotes, and even helps with the dishes. Guaranteed to groove up slowly, so you can do as you please.