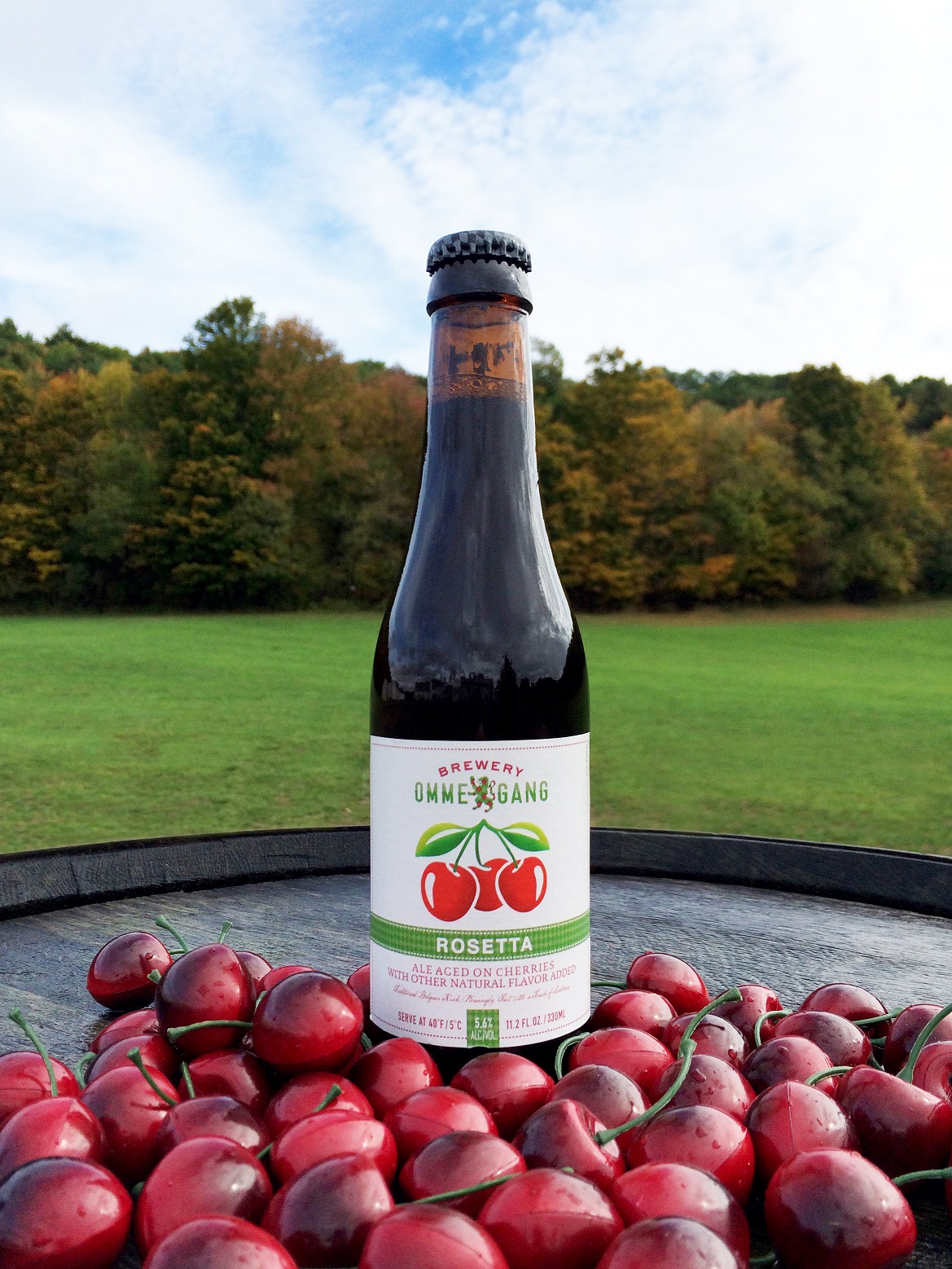 (COOPERSTOWN, NY) Family is always there for you. Ommegang Brewmaster Phil Leinhart’s desire to create a soured fruit beer wasn’t a possibility at his brewery in Cooperstown. The climate and current infrastructure don’t permit it. Fortunately for him, Belgian sister-brewery Liefmans not only has the capability to make such a beer, they have been definitive standard-bearers for over three hundred years. Several phone calls, e-mails and most enjoyably – taste testings – later, Rosetta was born and ready to hit America.

Leinhart’s recipe calls for a perfectly balanced blend of old (aged on cherries at least three years) and young Flemish brown ale (or oud bruin) with a lively and fruity kriek, or cherry beer. The result is a complex yet refreshing mahogany-brown brew that is an intriguing interplay of tartness and sweetness. Its elegance and depth would make Madame Rosa Merckx proud – Liefmans’ former Brewmaster and the first Belgian woman with that title in whose honor the beer is named.

“I wanted a sour fruit beer that invites you to have another,” said Leinhart, Ommegang’s Brewmaster since 2008. “So many of the ones I find today are either so tart or so fruity, that I think beer lovers struggle to have more than one. Balance and the right blend was the key for me, and I really believe we hit the sweet spot, so to speak. I am looking forward to hearing back from drinkers on what they think and if the response is favorable, consider bringing this beer in draft next year as well.”

Rosetta is a moderate 5.6% ABV and its tart/sweet flavor pairs perfectly with light fare such as salad, chicken liver pâté or a pork terrine, soft cheeses such as Brie or Camembert, or a smooth chocolate mousse. Rosetta is available 11.2 oz four-packs at the suggested retail price of $10.99 each. Arriving to stores now, Rosetta is available throughout Ommegang’s 43-state USA footprint.

Brewery Ommegang opened in 1997 to craft-brew fine Belgian-style ales. Ommegang brews eight ales year-round, as well as an extensive and imaginative range of seasonal and specialty ales. The beers have won a national following by connoisseurs of fine beer and are distributed in 43 states and internationally. Ommegang is located on a 136-acre farmstead in Cooperstown, New York and offers free daily tours and inexpensive tastings as well as a 100-seat café, a well- stocked brewery store, and an annual calendar of public events. Ommegang is open every day of the year except for Thanksgiving, Christmas Day, and New Year’s Day. For more information, contact info@ommegang.com, call 1-800-544-1809, or visit www.ommegang.com. Ommegang is a member of the Duvel family of fine beers. Follow Ommegang on Twitter: @BreweryOmmegang, Facebook.com/Ommegang, and Instagram: @BreweryOmmegang