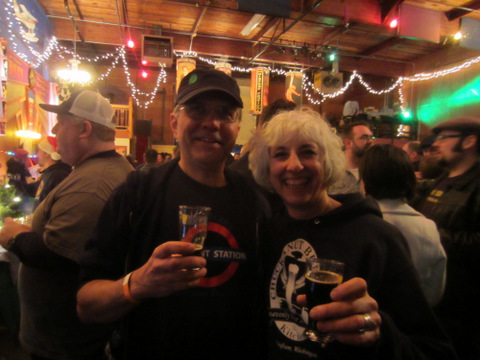 By Dan “The Hopfather” Culver

This year’s Washington Winter Beer Fest was a great event.  Once again we were visiting the beautiful Puget Sound area and what better thing to do but sample delicious and award winning winter beers from some of Washington’s finest breweries.

We headed up to Seattle on Friday and were eager for the event so we opted for attending the evening session which started at 5pm.  The event was hosted at Hale’s Palladium, a ballroom type venue which is adjacent to the brewery and restaurant.  There was a decent line forming when we arrived but we and the other eager patrons were inside in no time.  After a quick stop at the WABL (WAshington Beer Lovers) membership table, in order to finally become a member, it was on to the excitement of sampling the beer. 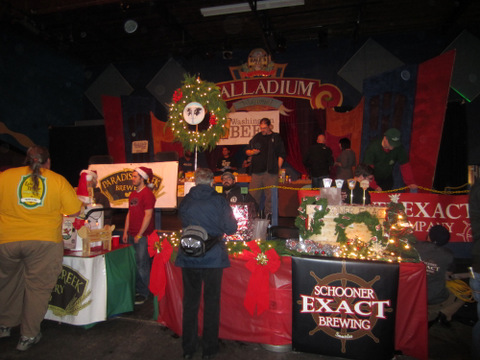 The first thing that stood out to me as I entered the fest was the wonderfully festive atmosphere.  I was really impressed with all of the breweries’ booths and the effort they had gone to in dressing up their taps, signs, and tables with holiday decorations.  More importantly though was the extensive amount of holiday beer available.  I thought the beer list looked exceptional and was excited to try a lot of beer which I had either not heard of, or had heard good things and not yet tasted. 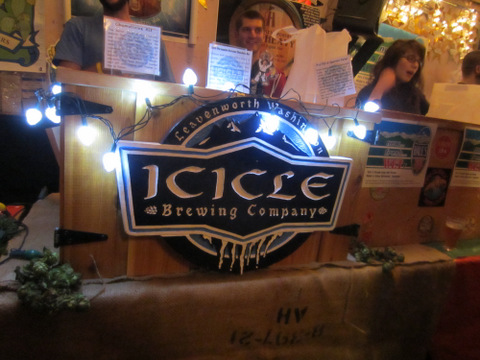 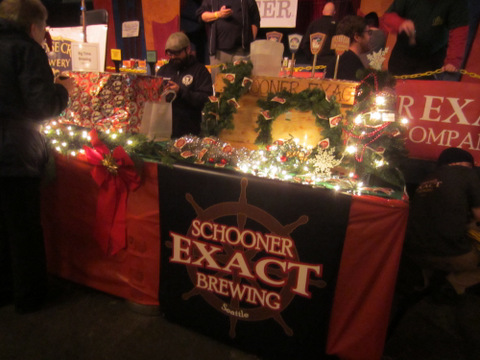 As we started in on the sampling I tended to go for the big ones (barrel-aged that is) or the more unique sounding brews.  I of course was not able to taste every one of the 80 brews being poured (they were 5 ounce samples!) and so we teamed up and shared many of the pours.  As I reviewed the beer list after the fest I was amazed 0f how many beers left that we didn’t get to.  Although, I think we did a pretty good job, as there were many we did taste and quite a few of those we thought were exceptional.

Some of those included:

Fremont Brewing “Bourbon Abominable” –Their Abominable Winter Ale aged in Heaven Hills Bourbon barrels is one of the best bourbon barrel aged beers you can find in the Pacific Northwest and a hit with everyone.  I also enjoyed their Infused Kentucky Dark Star Imperial Stout  (coffee, smoked peppercorns, hazelnut, & oak), I was lucky enough to have had this at the Everett Craft Beer Fest earlier in the year it was just as tasty this time around.

Naked City Brewery “The Kentucky Dude” –Their Big Lebrewski Imperial Cream Stout aged 10 months in Heaven Hills Bourbon barrels. This was one I that I was looking forward to and it did not let me down.  It was very smooth with huge rich chocolate and whiskey flavors, possibly my favorite of the fest.  Also a tasty one was their “Bing Spiced Cherry Ale” -Treacle syrup, Bing & Montmorency cherries, cinnamon, & cloves; accurately described as Christmas in a glass.

Big Time Brewing “Breakfast Cereal Killer Oatmeal Imperial Stout” – This stout is brewed with Stumptown Coffee, Theo Chocolate coco nibs and six different breakfast cereals.  This “breakfast in a glass” was as delicious as it sounds.

Silver City Brewery “Old Scrooge Christmas Ale” –One very tasty (and award winning) barley wine. This is also bottled seasonally and I highly recommend picking up a bottle if you can.  I still have one cellaring which I plan on opening during the coming holidays.

Diamond Knot Brewing “Ho! Ho! Winter Ale” (2011, & 2012) -It was nice to see a brewery breaking out a vertical of one of their winter beers as it’s always fun to compare them and see how it can vary year to year.

Icicle Brewing “Dark Persuasion German Chocolate Ale” –Say whaaaat? Yep you read right. I’ll just give you their description, it pretty much sums it up:  Delicate dark chocolate with a whisper of coconut…You know you want it, go ahead and indulge.  You can finally have German Chocolate cake and drink it too.  There’s no need to be nervous, it’s just wickedly deep and full of flavor and desire. 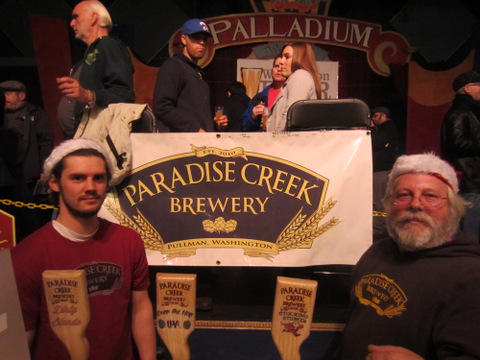 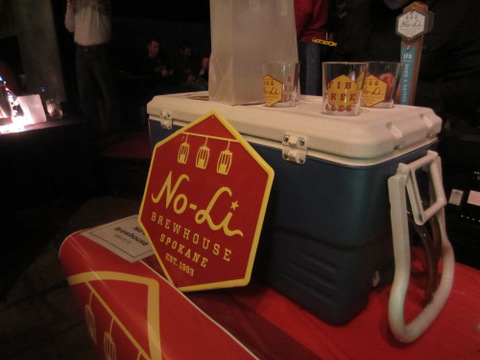 Along with these great brews I must not forget to mention the excellent food available at this beer fest which included Theo Chocolates and Taylor Shellfish Farms 0ysters.  The beer fest map booklet included a beer & chocolate pairing guide, and one for beer & oyster pairing also.  The oysters on the half shell were phenomenal as was the chocolate with different types of beer.

Besides enjoying the great beer and food it was really fun to see, meet, and chat with the good people of the beer world.  Many of which have made this beer fest a yearly tradition, just as the Holiday Ale Fest has become for us here in Portland.

Another great Washington Winter Beer Fest in the books and although it was my first time attending this great event I am going to go out on a limb and say this was the best year so far.  A big thank you is due to all the great breweries in attendance and also to the Washington Beer Commission for organizing such a high quality, well-run event.