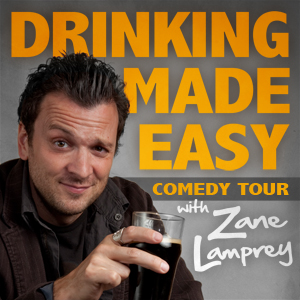 Tippling funnyman Zane Lamprey, famous for his Travel Channel show Three Sheets, comes to Portland as a part of his latest comedy tour “Drinking Made Easy.” Famous for his gulping of alcoholic beverages in more than 50 countries, Lamprey’s off-the-cuff exhibition of boozin’ has carved out quite the cult following since its early years on MOJO HD beginning back in 2006. 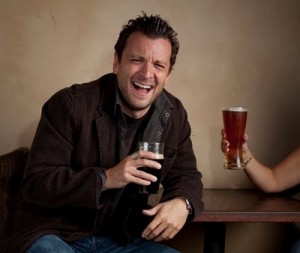 Lamprey appears to exhibit no shame in knocking back any and all fermentables that irrigate his, dare we say zany, and seemingly candid persona. From absinthe to Zima, dude’s probably drunk it. His lush and lenient demeanor has been unwavering since his earlier years when he was  an actor on the MTV reality show “Damage Control,” and his “every man” quality has been illustrated with him serving as host for Food Network‘s Have Fork, Will Travel.  It’s clear that Three Sheets has most clearly defined Lamprey’s tanked up tongue-in-cheek career in a way that might be either thoroughly deplored or fully embraced by a spectator. It might be safe to say that Lamprey takes his comedy seriously and exudes a genuine sense of himself and his love for libations wherever he goes.

“Drinking Made Easy” will include comedian Marc Ryan (Three Sheets: Las Vegas) and Steve McKenna (a fixture of the Three Sheets television show). During these live shows (more than 50 across America) Lamprey will discuss a wide range of  alcohol-prevalent topics including production, drinking and being drunk (the latter two of which he undeniably possesses a know-how scarcely paralleled).

“Drinking Made Easy” also serves as Lamprey’s book tour for a book of the same name. In this book, the author recounts what he remembers of “6 continents, 15 Countries, 190 Drinks, And 1 Mean Hangover!” The quaffing quipster plans on spending three days in Portland during the height of Oregon Craft Beer Month exploring some of the best places to get loaded on the planet.

For more information on Zane Lamprey, visit his website: www.zanelamprey.com

Brewpublic will feature an interview with Lamprey in the coming week.