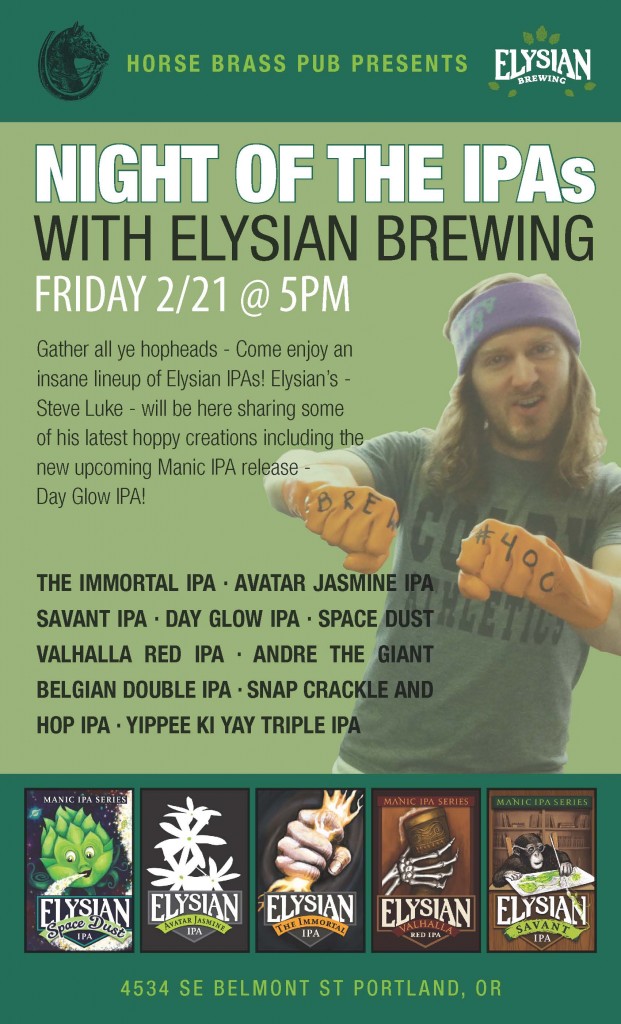 Even though we’re still  in the midst of winter, its not all just big, dark beers. The Horse Brass Pub will host Night of the IPAs with Elysian Brewing on Friday, February 21st beginning at 5:00pm.

So if you’re one of the many hopheads in and around Portland, this insane line-up of 9 Elysian IPAs is one not to miss.

Elysian Brewer, Steve Luke who created of Space Dust IPA, will be at the Brass to share some of his latest hoppy creations, including Elysian’s  new 2014 Manic IPA release, Day Glow IPA!