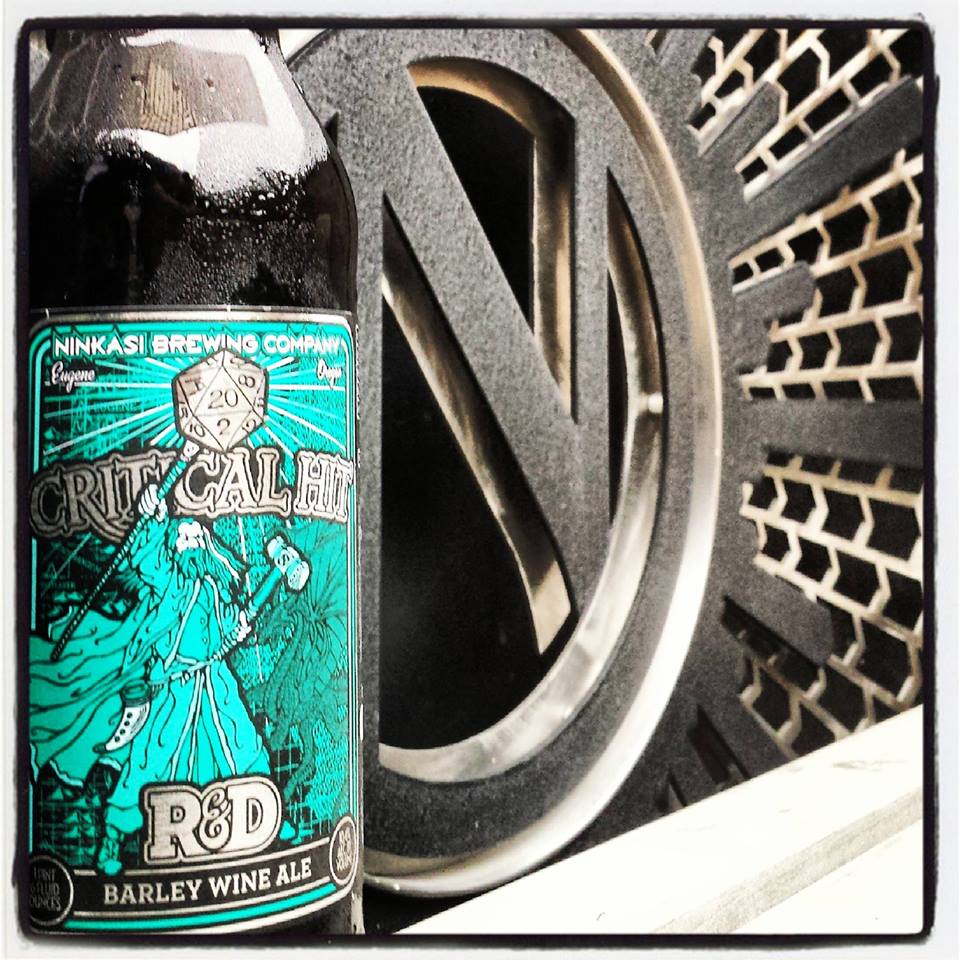 The celebration in Eugene’s Whitaker neighborhood will feature a Critical Hit vertical featuring vintages on tap from 2009, 2010 and 2012. And for those of you looking to add some vintage Critical Hit 22oz bottles to your beer cellar you’re in luck. Ninkasi will be releasing a limited amount of bomber bottles Critical Hit from 2010, 2011 and 2012 for purchase. If you’re only of the lucky first 15 buyers you will receive a signed bottle by Ninkasi founders Nikos Ridge and Jamie Floyd. There will also be some killer Critical Hit merchandise for sale.

To make this a true party there will be entertainment and games throughout the day. Live music will be provided by Battlesnake from 4-6pm. But more intriguing is that there will be open-board and role-playing games hosted by InSilico and Funagain Games during the afternoon festivities from 12-4pm. If you wear a D&D-inspired costume you’ll receive a Critical Hit sticker!