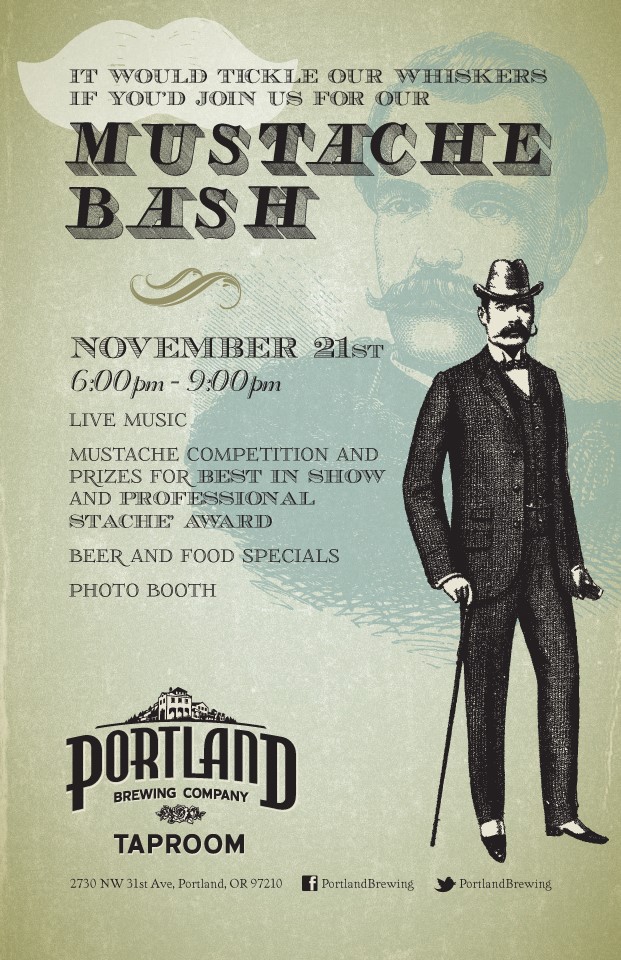 Pints for Prostates will be partnering with Pyramid Ale House for the month of November. Stop into any Pyramid Ale House location (Seattle, Berkeley, Portland and Walnut Creek) for Mustache Mondays, held every Monday in November, to purchase a special pint glass that includes an entry for a chance to win a trip for two to Germany.

When: November 21, 2013 from 6:00pm-9:00pm
Where: Portland Brewing Co. Taproom, 2730 NW 31st Avenue, Portland, OR
What: Come celebrate Movember at our Mustache Bash! Portland Brewing Co. has teamed up with Pints for Prostates for a fundraiser during Movember when men across the country grow mustaches to generate awareness and fundraiser for men’s health charities.

Show off that facial hair and party the night away, featuring:

About Pints for Prostates
Pints for Prostates is a grassroots campaign that uses the universal language of beer to reach men with an important health message. Founded by prostate cancer survivor Rick Lyke in 2008, the campaign raises awareness among men about the need for regular health screenings and PSA testing by making appearances at beer festivals, social networking and pro bono advertising.
Pints for Prostates has registered as a 501(c)3 charity and 100% of all funds raised by the group go to fighting prostate cancer and assisting men with the disease. Us TOO International Prostate Cancer Education and Support Network, a 501(c)3 charity that works to support, educate and advocate for men with prostate cancer and their families, is a recipient of Pints for Prostates financial support. Visit www.pintsforprostates.org for more information.