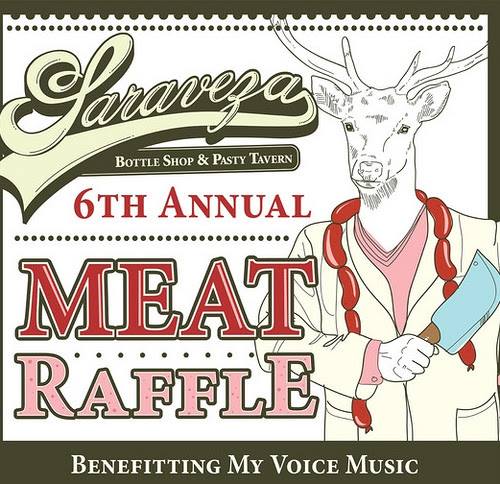 For the 6th year in a row, Saraveza welcomes their most carnivorous event, held in homage of a time-honored ‘Sconnie tradition. Come on down, have a beer and for a $1 raffle ticket you could win bacon, sausage, salami and more!  At 7:30 & 9pm, Saraveza will be raffling off some seriously delicious cuts from Portland’s Chop, Wisconsin’s Nueske’s and some smoked sausages and bacon straight out of their own smoker. Saraveza will also be raffling off their very own hoodies, t-shirts as well as schwag from Breakside Brewing. 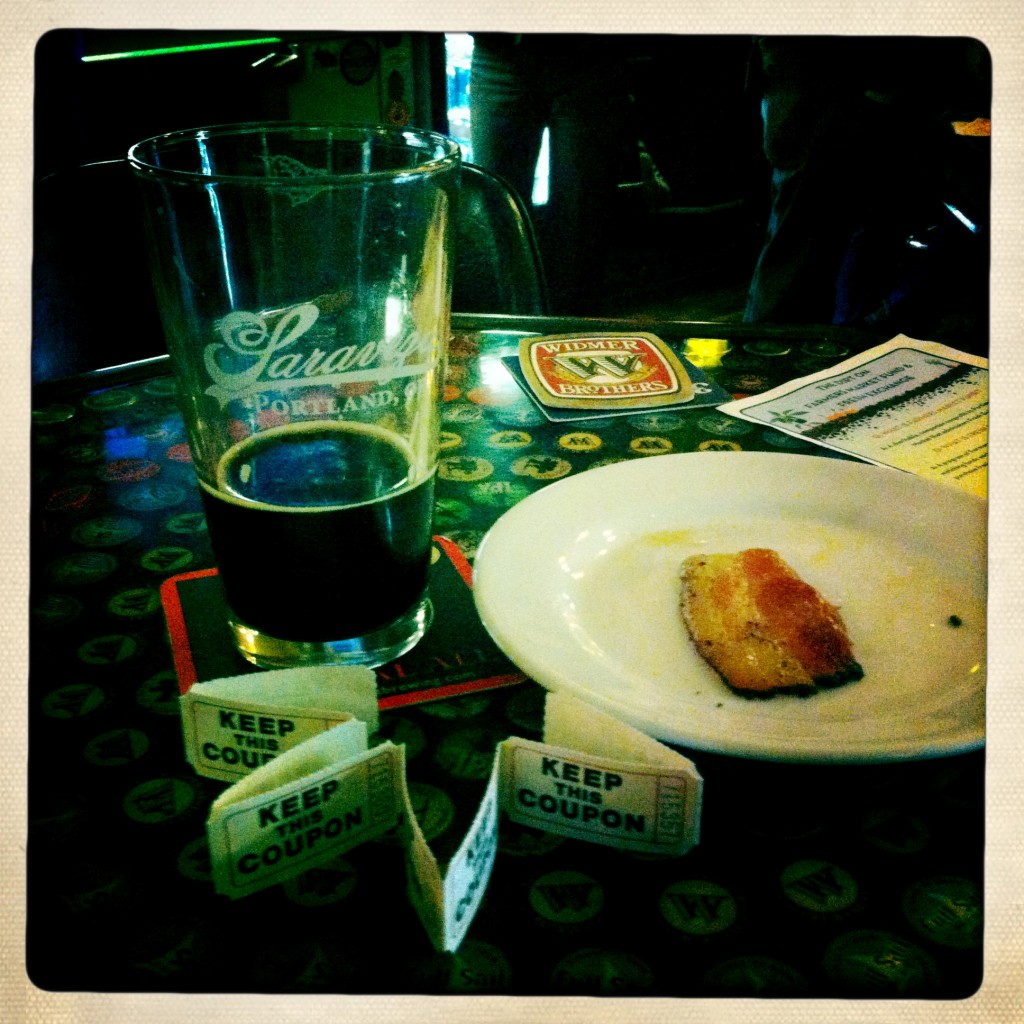 And to make this night a bit more meaningful, 100% of the proceeds will be donated to My Voice Music, a nonprofit organization that engages marginalized youth in music and performance in order to promote self-esteem, social skills and emotional expression.

Throughout the meat raffle Saraveza will be featuring one of their favorite local breweries, Breakside Brewing and their delicious beers.

One of last year’s winning raffles, a nice log of Wisconsin’s Nueske’s bacon along with a Saraveza Pint Glass and a few stickers. Win or lose this is a fun night supporting the local community. 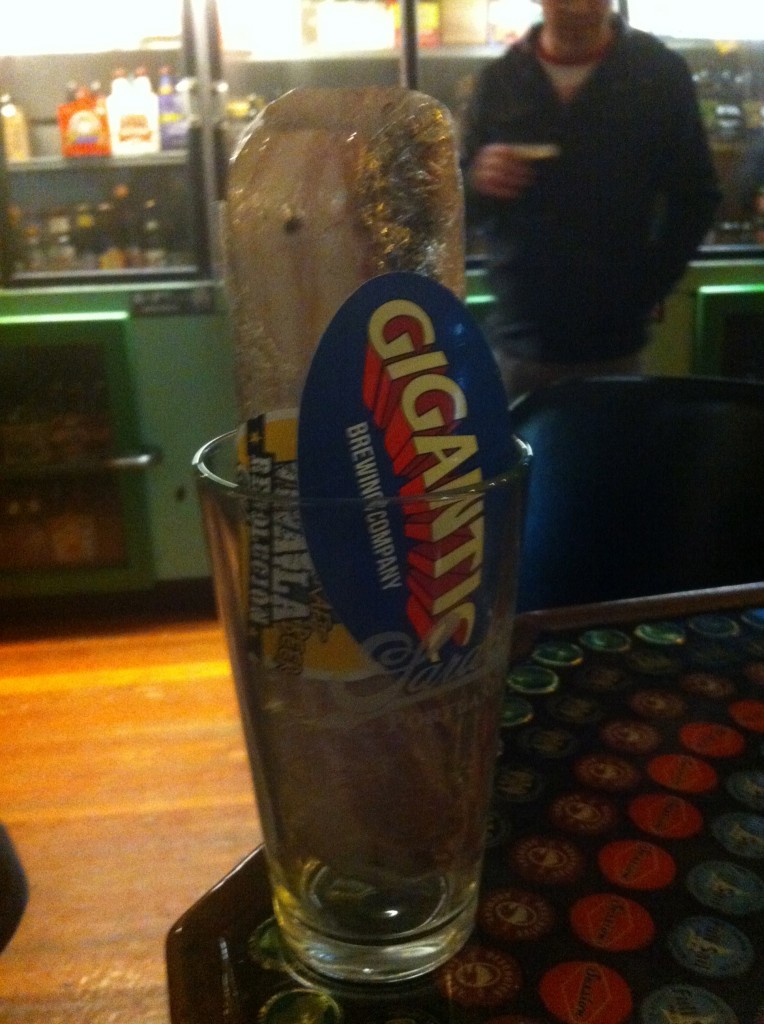