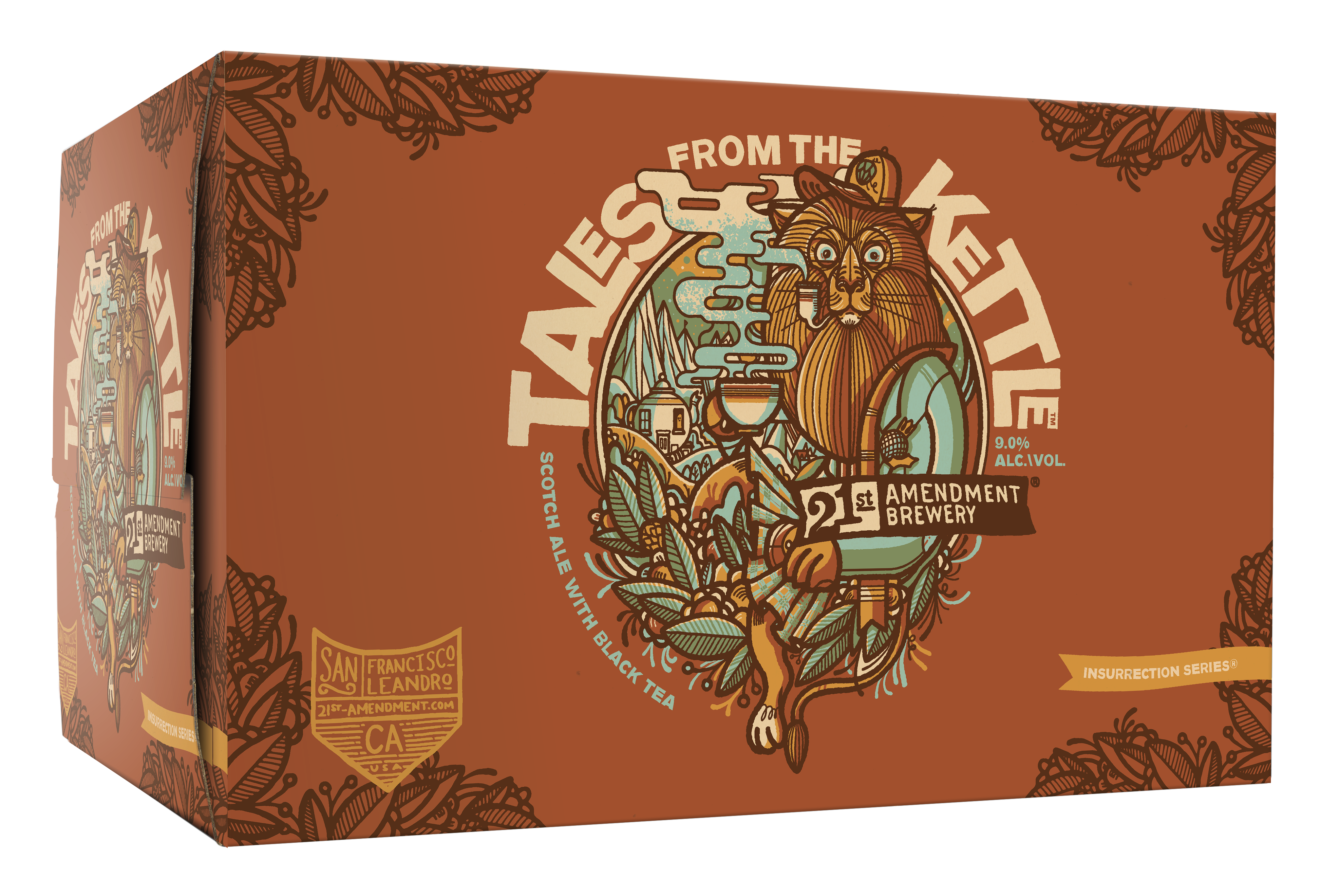 One way in which 21st Amendment Brewery get its employees involved in brewing is with its annual Tales From The Kettle series. This series enlists the entire staff of 21A into an employee homebrew competition and the winning team this year has a beer, Not Your Cup of Tea, that will be released on draft and in 12 ounce cans.

21A employees are placed into randomly selected teams that brew a beer that ends up being judged by members of the San Francisco Brewer’s Guild. The teams include everyone in the company from pub servers, line cooks and bartenders, to the brewery’s packaging line, accountants, warehouse and marketing teams. It’s a tradition filled with friendly competition, and an ode to the brewery’s roots of fun and innovation.

This year’s beer, Not Your Cup of Tea is a Scottish-style ale brewed with black tea. It will be distributed nationwide as part of the 21st Amendment’s Insurrection Series of small-batch, limited release creations. 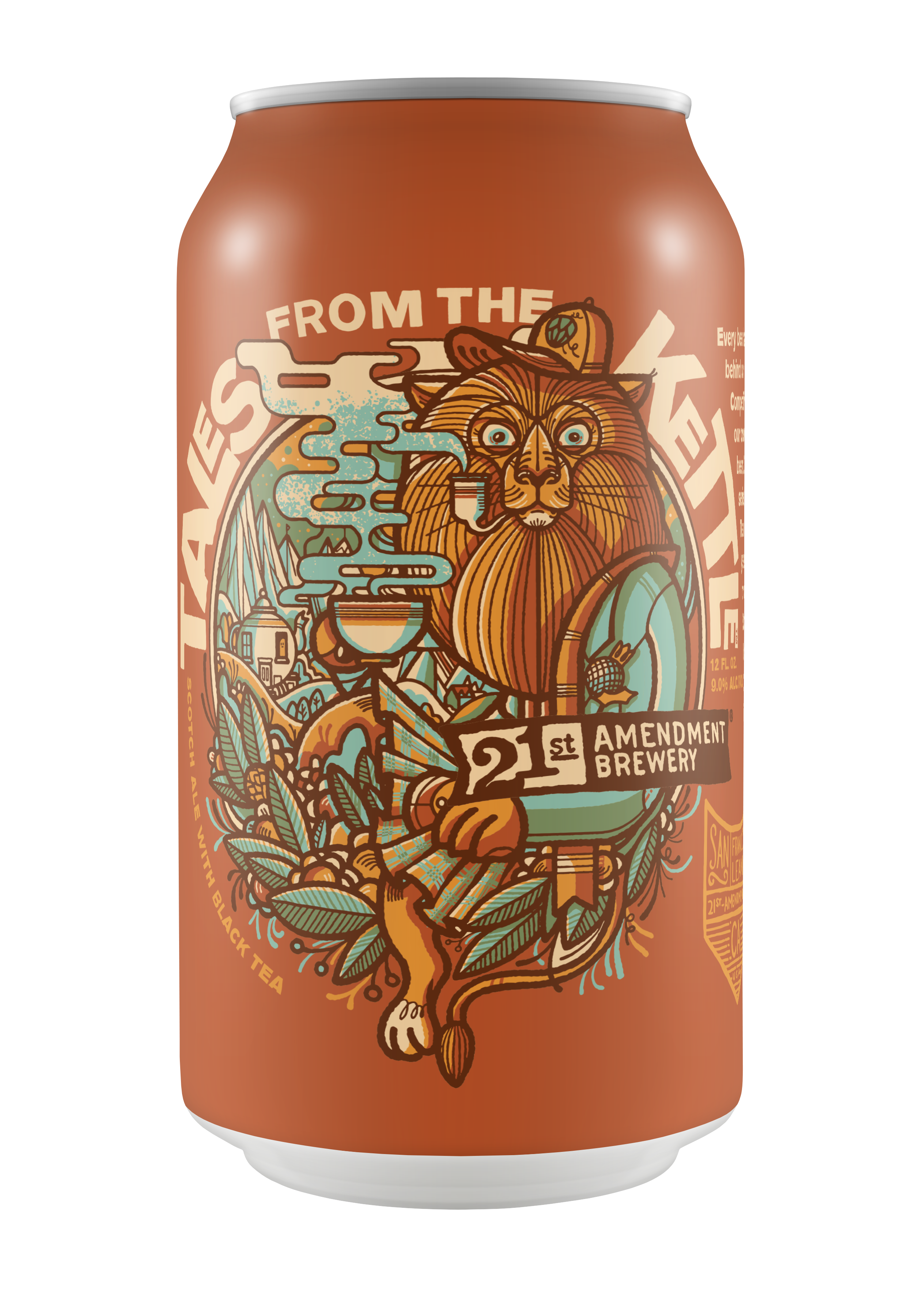 “Tales From The Kettle gives our staff a chance to bring ideas and recipes to life that otherwise may never see the light of day, and as owners we get a rush of excitement from the innovation that is unleashed each time we host this competition.” said Nico Freccia, co-founder of 21st Amendment in a statement. “The creators of this year’s winning beer included our graphic designer, a server at our pub, our Chicago sales rep and one of our maintenance technicians. In their normal day-to-day these guys and gals would not have had an opportunity to bring a beer recipe to the spotlight, and now their names have been printed on a nationally distributed beer can with their winning beer recipe.”

The tale behind Not Your Cup of Tea begins with a deep amber color of elegant toffee bubbles and dense foam. The aroma is remarkable with a light waft of sweetness and a soft smokiness. A rich complex flavor dominates through multi-layers of malt character, and it closes out with a light spiciness from the black tea and a lingering light burnt caramel finish.

“Let this beer warm up a bit, allowing the full wave of flavors to come forth and take you in,” says Shaun O’Sullivan, co-founder and Brewmaster of 21st Amendment in a statement. “It’s a nice departure from our current IPA and hop focused tastes, of which I am also a fan, but this beer reminds me of a favorite blanket that brings back memories of another time. If it’s possible for beer to inspire a memory, this might be the one, especially at 9% ABV.”

The 2017 Tales from the Kettle winner Not Your Cup of Tea is available at 21st Amendment’s San Leandro and San Francisco locations, and will be available nationwide in six packs and kegs in all 21A markets .