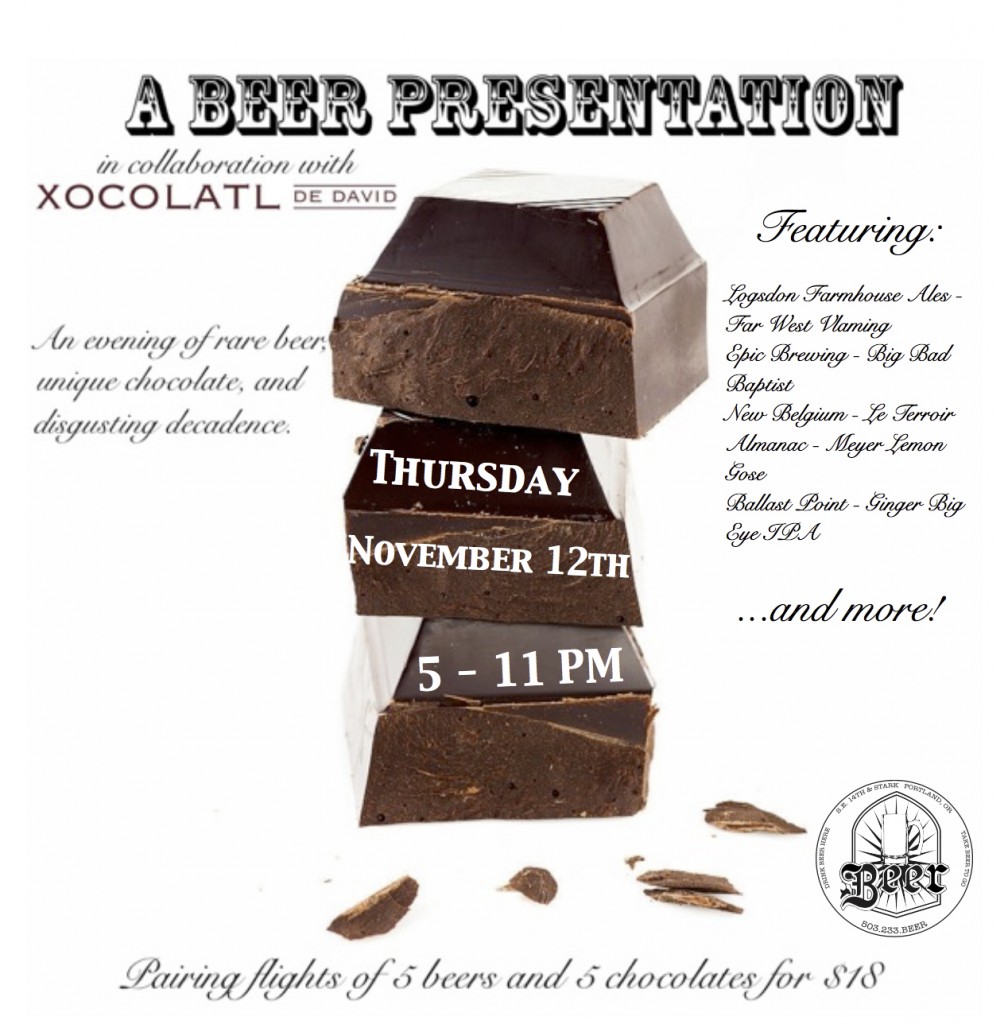 Pairing beer with various foods has been taking place for many, many years. The ways in which beers can be paired up is pretty much endless and of course very entertaining to do. Sometimes however its best to just call in the expert. Well this is what Beer, located next door to Meat Cheese Bread, will do when they host David Briggs of Xocolatl de David for a Beer and Chocolate Pairing on Thursday, November 12 from 5:00 to 11:00pm.

David Briggs is the internationally renowned owner and chocolatier behind Xocolatl de David based here in Portland. Briggs launched Xocolatl de David informally, and unintentionally, in 2005 while just “playing around with chocolate.”  Over the next four years he honed his skills in chocolate and confections pairing savory and sweet elements with the varying flavor profiles of the chocolates he sources from South and Central America. His single origin chocolate comes from sustainable and fair trade sources and Briggs prefers to use only bittersweet varieties no lower than 68%. Briggs works with local farmers as well as specialty producers from around the world to attain the highest quality ingredients for each product he creates. 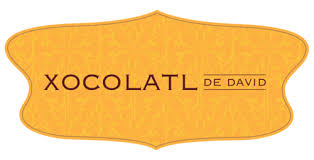 For the Beer and Chocolate Pairing event, Briggs will be at Beer to discuss chocolates and its unique flavor profiles. Xocolatl de David chocolates will be available for sale at the event beyond the ones being served as part of the pairings.

Featured beer and chocolate pairings include: 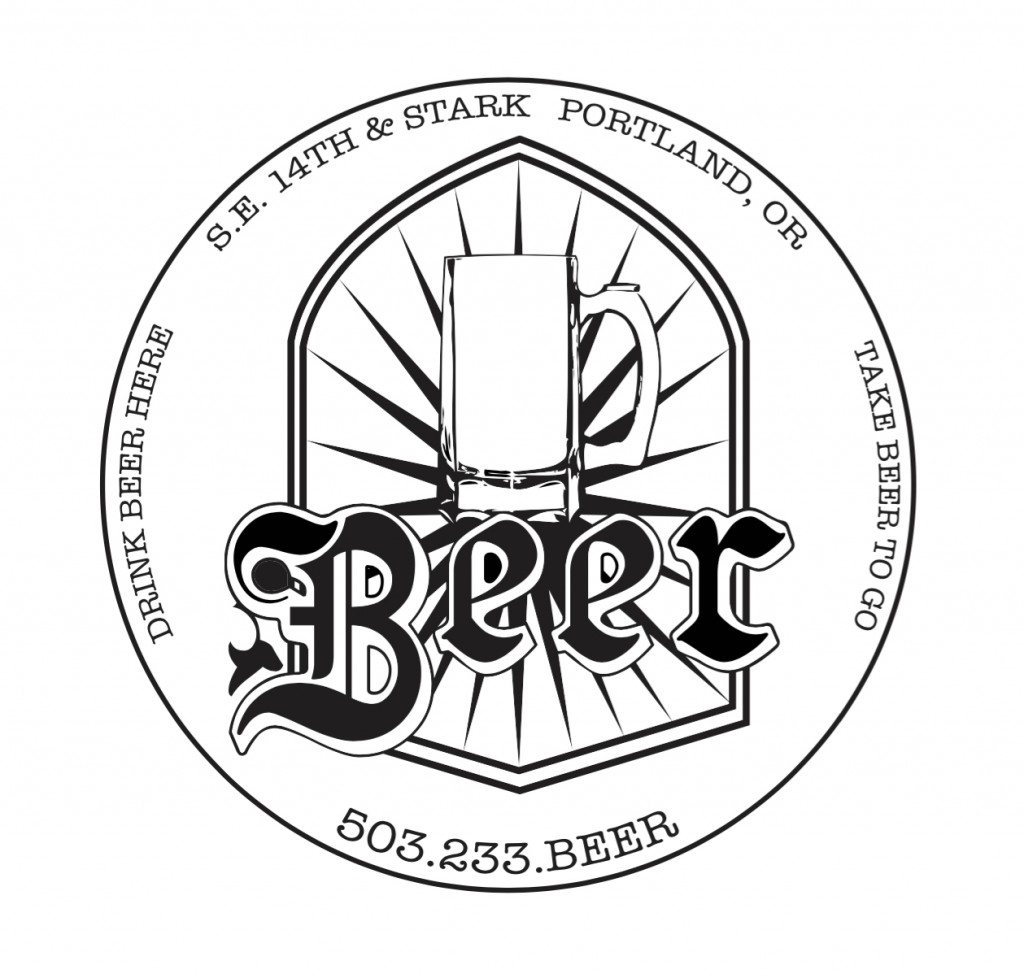