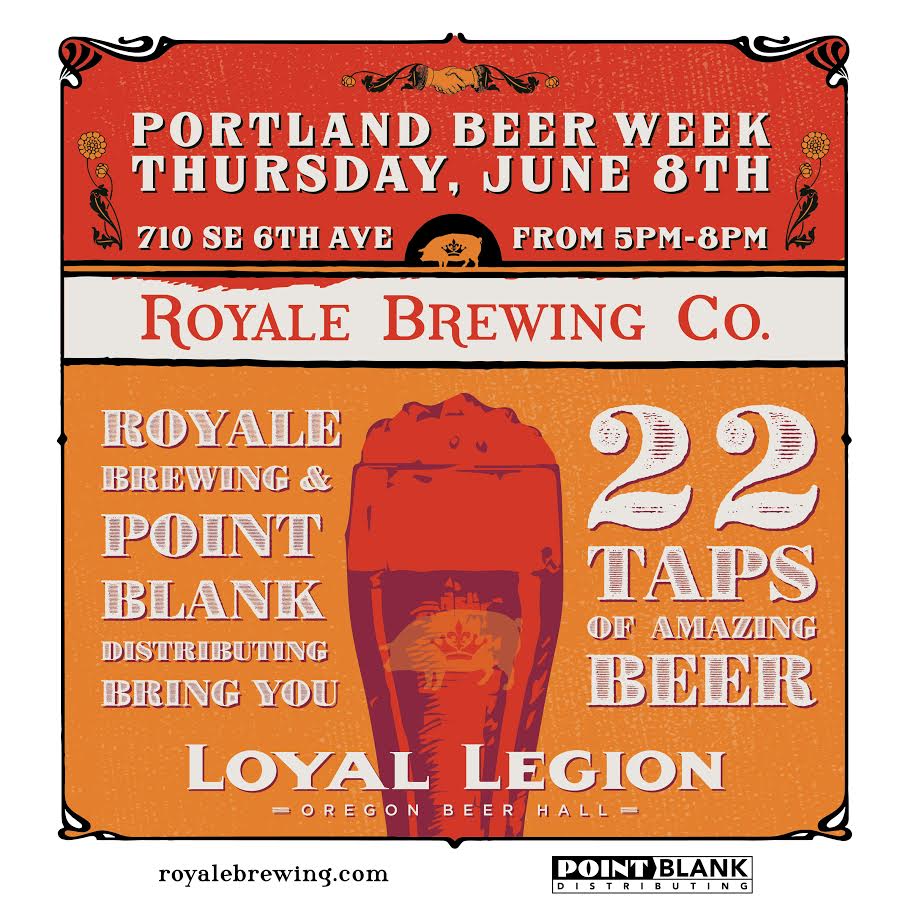 Point Blank Distributing has just added a brewery to its list of breweries with the signing of Portland’s Royale Brewing. To kick this new relationship off in the right direction Royale Brewing will be taking over 22 taps at Loyal Legion on Thursday, June 8th beginning at 5:00pm.

For this massive one brewery tap takeover at Loyal Legion, Royale Brewing will be serving a diverse tap list of its core lineup, seasonals, collaborations, one offs and a few barrel-aged beers.

We’ve signed with Point Blank Distributing and are having a launch party/ tap take over at Loyal Legion this Thursday.  We’ll have over 20 beers on tap.  The tap list will include main stays, seasonals, collaborations, one offs, and barrel aged beers.