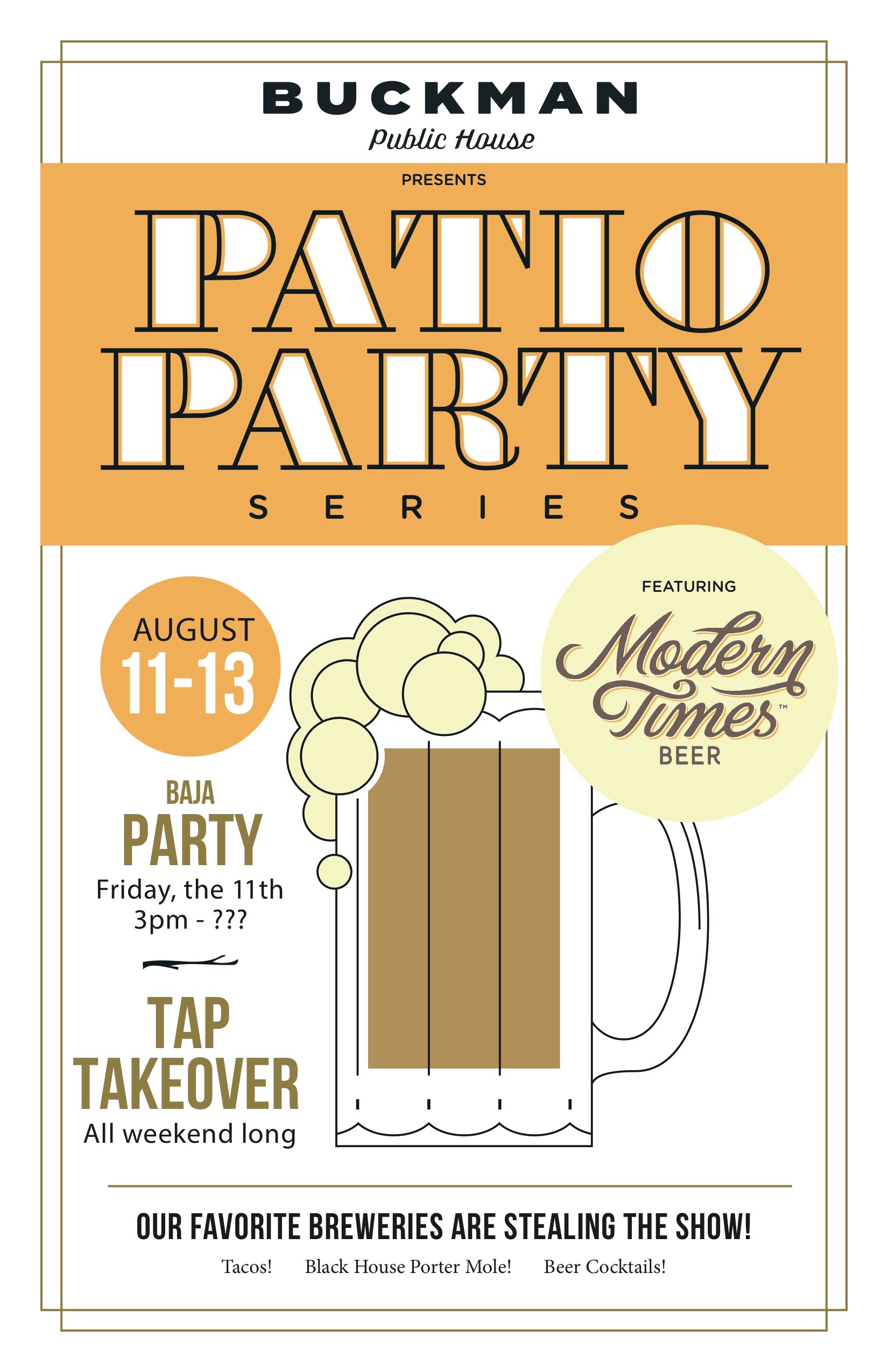 Located in the former Washington High School, the latest restaurant to open in this space is Buckman Public House. This new restaurant and bar joins Marthas Cafe and Revolution Hall as an additional anchor tenant in the former Portland high school.

To help launch its outdoor patio Buckman Public House has teamed up with some amazing breweries from near and a far for its new Patio Party Series. Beginning this weekend from Friday at 3:00pm through the end of Sunday, Buckman Public House will host a different brewery each weekend for a small tap takeover alongside special food pairings.

The inaugural Patio Party will take place this weekend from August 11-13 and will feature Modern Times Beer from San Diego, CA for a Baja Patio Party. Look for great food specials and a very special beer list and a few unique beer cocktails. 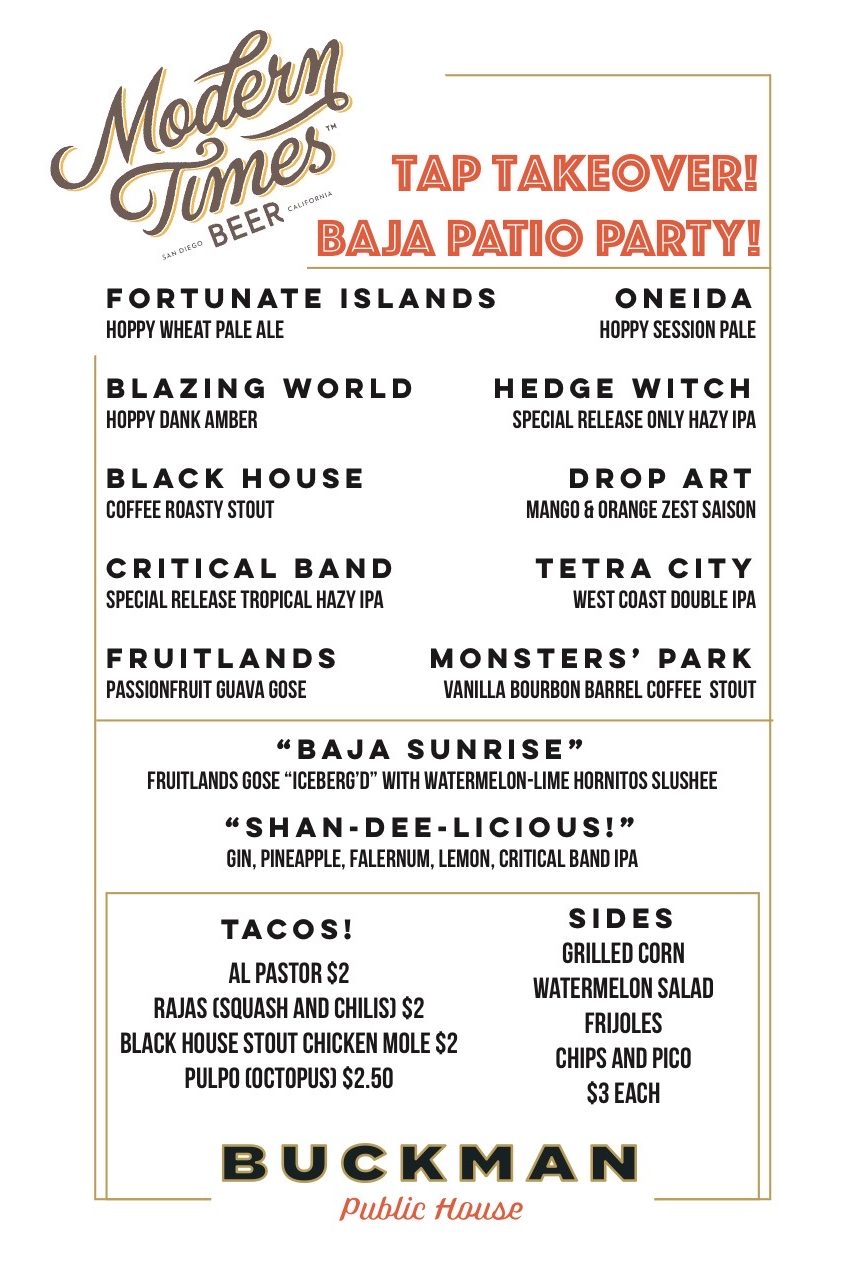 Here’s the initial lineup for the Patio Party Series: