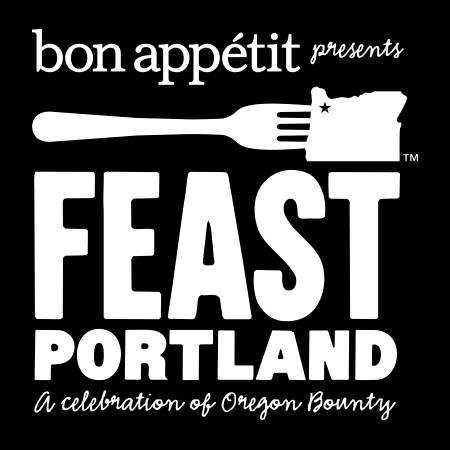 FOR IMMEDIATE RELEASE – Top food and drink festival Bon Appétit Presents Feast Portland: A Celebration of Oregon Bounty, today announced the results of its 2015 event. The festival welcomed 13,793 guests and donated $69,671 to charitable partners No Kid Hungry and Partners for a Hunger-Free Oregon. Donations since the festival’s inception in 2012 now total over $230,000 toward helping end childhood hunger in Oregon and across the country. Feast Portland also announced its 2016 dates, which will be September 15-18, 2016.

“We continue to be blown away by the creativity and unmatched enthusiasm for Feast Portland, and this year was no exception,” said Feast Co-Founders Mike Thelin and Carrie Welch. “From chefs, to sponsors and partners, to our newest event Smoked!, year four truly showcased everything that makes Portland and Oregon awesome and was our best yet.”

Locally grounded with an eye on the nation and world, Feast Portland showcases the ingredients of the Pacific Northwest alongside top culinary talent at more than 40 consumer events, trade and industry parties, product launches, panels, hands-on classes and intimate dinners. Feast Portland 2015 featured a lineup of 96 renowned chefs from Oregon and from around the world, plus 19 artisans, 16 breweries and cider houses, 25 wineries, and 13 distilleries.

“Our partnership with Feast Portland strengthens the important connection between food for all Oregonians and the generosity of food producers,” said Patti Whitney-Wise, Executive Director, Partners for a Hunger-Free Oregon. “We are proud to work with Feast to help feed children and their families so they can thrive.”

“We are grateful for the funds that are donated to No Kid Hungry. The funds raised help make our work possible to reach kids with nutritious meals where they live, learn and play,” said Clay Dunn, Chief Communications Officer for Share Our Strength’s No Kid Hungry campaign.

Feast Portland 2016 will mark the festival’s fifth year anniversary. Plans for 2016 are underway with the event continuing to build its international chef program with more participants from Europe and Japan. The full 2016 line-up and schedule will be announced when tickets go on sale in May.

ABOUT FEAST PORTLAND
Bon Appétit Presents Feast Portland: A Celebration of Oregon Bounty is the Pacific Northwest’s flagship food and drink festival, capturing the current energy and enthusiasm driving America’s food revolution. The four-day festival founded in 2012 by Mike Thelin and Carrie Welch showcases local culinary talent and Pacific Northwest ingredients alongside internationally recognized chefs, culinary professionals and industry leaders. Feast Portland is also a festival with a mission, donating its net proceeds towards ending childhood hunger in Oregon and across the country through Partners for a Hunger-Free Oregon and No Kid Hungry. For more information visit www.feastportland.com and follow the festival on Facebook, Twitter, and Instagram.

ABOUT Bon Appétit
Bon Appétit is where food and culture meet. The award-winning No. 1 food lifestyle brand covers food through the lens of cooking, fashion, travel, technology, design, and home. Under editor in chief Adam Rapoport, the brand has been nominated for 18 National Magazine Awards, including wins in 2014 for General Excellence and Photography. Under Vice President and Chief Revenue Officer Pamela Drucker Mann, the magazine was named the Advertising Age A-List Magazine of the Year in 2013 and “One to Watch” in 2014, and has been Adweek’s Food Magazine of the Year in 2012, 2013, and 2014.