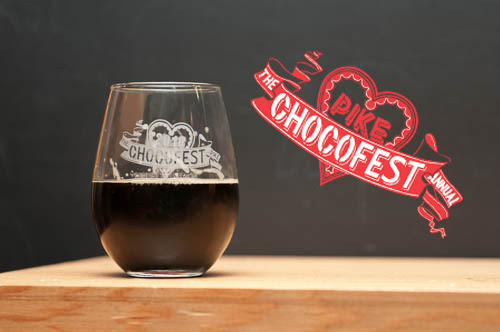 Returning to Pike Brewing located inside Pike Place Market in downtown Seattle is its annual Chocofest. This year’s Chocofest will take place on Sunday, February 11, 2018 from 6:00-9:00pm.

Held each year around Valentine’s Day, Pike Brewing’s Chocofest brings together beer, chocolate and other libations and food bites from Seattle area restaurants, breweries, wineries and distilleries. There will also be a cask beer section at this year’s Chocofest.

For 2018 Pike Brewing is partnering with Puget Soundkeeper as the event’s beneficiary. This organization protects and preserves the waters of Puget Sound.

Advance tickets are now on sale via Stranger Tickets by clicking HERE. Tickets are $64.71 after fees and includes all food tastings, a commemorative Chocofest glass, 10 drink tickets and live music. Don’t delay ordering tickets as Chocofest usually sells out every year.

Beyond the fine beers being poured the list of vendors includes many popular choices from the Seattle area. Listed below are the current participating vendors.