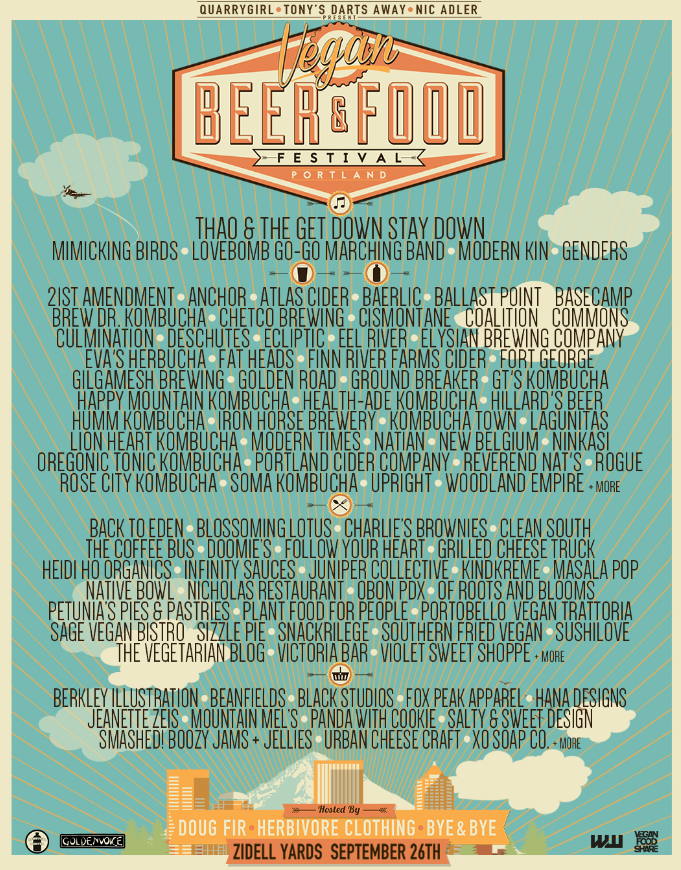 The pairings of beer and food has been such a common occurrence over the years that it now seems a bit mundane. However many times vegan food is overlooked as a compliment to its sudsy beverage. This will change on Saturday when fans of both beer and vegan food will receive a festival that shares these two passions. The inaugural Portland Vegan Beer & Food Festival will take place on Saturday, September 26, at Zidell Yards in Portland’s South Waterfront.

Though this is the first year of the Vegan Beer & Food Festival here in Portland, this event has been taking place for the past six years in Los Angeles. This will be the first time that this fully vegan event will take place in the Pacific Northwest and Portland will be home to what is planned to be an annual event that will transform the vacant Zidell Yards into one of the liveliest atmospheres in all of Portland on Saturday.

The festival organizers have brought together some amazing vegan food creations from Portland’s favorite vegan restaurants, carts, trucks, and vendors along with a few from this year’s Los Angeles Vegan Beer and Food Festival. Beyond the food there will be unlimited pours from 100+ handpicked craft beer and a super chill lineup of live music of Thao & the Get Down Stay Down, Mimicking Birds, LoveBomb Go-Go, Modern Kin and Genders. This will all be taking place near Portland’s new Tilikum Crossing Bridge and its close proximity to TriMet MAX, Bus and Portland Streetcar.

Portland Vegan Beer & Food Festival will take place from 1:00pm to 7:00pm on Saturday, September 26th. There will also be a VIP option that allows for entry an hour early at Noon. One must be 21 years of age or older to enter. Last pour will be at 6:00pm.

Advance Tickets are now on sale and will also be available at the door. However ticket prices will increase by an additional $10.00 on the day of the event. There are many various ticket options that begin at $25.00. Here’s a rundown on all ticket options.

Non-drinking Ticket – $25
Includes: Admission to the event at 1pm and unlimited Kombucha sampling in your own signature 4oz. VBFF glass to keep. (Food is sold separately, You cannot sample beer with this ticket)

General Admission Ticket – $45
Includes: Admission to the event, entry at 1pm, and unlimited beer sampling in your own 4oz. VBFF glass to keep. (Food is sold separately)

Upon entry, everyone is given a 4 oz Portland Vegan Beer & Food Festival commemorative glass for unlimited pours. Yes you read that correctly, unlimited pours! A wide variety of Kombucha is highlighted for those who don’t drink alcohol. Beer and food is all vegan and food prices will vary by vendor.

Best of all BREWPUBLIC is giving away TWO PASSES ($90.00 value) to the Portland Vegan Beer & Food Festival. All you have to do to win these two passes valued at $45.00 each is to leave a comment with your interest in winning at the bottom of this article. The drawing will take place on Thursday night.

The beer list is quite extensive and will feature two breweries that rarely if at all are seen in Portland that are Golden Road Brewing and Modern Times. The entire beer list includes the following:

Kombucha will also be offered and is curated by Kombucha Hunter. Some of the offerings will include Brew Dr., Eva’s, GT’s. Happy Mountain, Health-Ade, Humm, Kombucha Town, Lion Heart, Oregonic Tonic, Rose City, and SOMA. 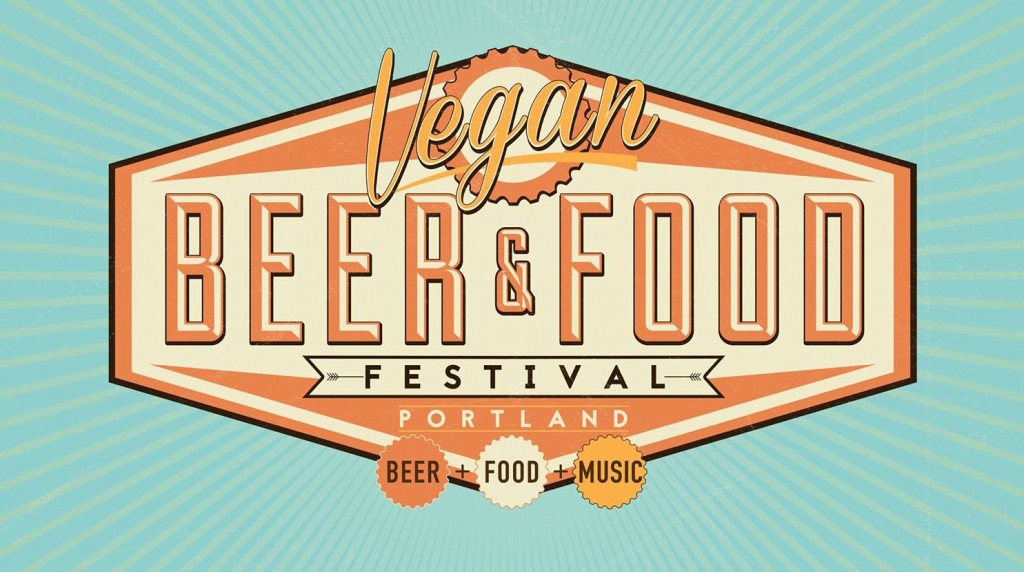