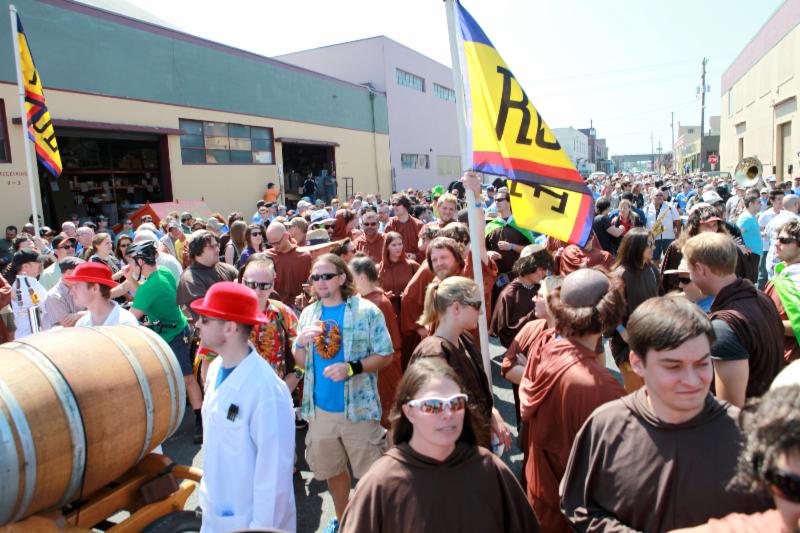 PORTLAND, Ore. – The 9th annual Oregon Brewers Brunch & Parade is just three weeks away and only a handful of tickets remain. The event, which always takes place on the morning of the festival opening, will occur on Wednesday, July 22 from 9 to 11:30am. Tickets may be purchased through this Friday, July 3 at 5pm at www.oregonbrewfest.com/brunch.php.

This year’s brunch is being hosted by Lompoc Brewing; Lompoc has four locations, but none of them are close to the festival grounds, so the longtime Portland brewery has rented out Metalcraft Fabrication, located at 723 N Tillamook St for the party of 500 craft beer enthusiasts.

Following the brunch, everyone will march from Metalcraft across the Steel Bridge to the festival grounds for the opening ceremonies (1.8 mile route). The parade will be led by Kurt and Rob Widmer, founders of Widmer Brothers Brewing and this year’s honorary Grand Marshals; and accompanied by the Transcendental Brass Band.

The Oregon Brewers Brunch is for ages 21 and over. All ages are welcome to walk in the parade. For more information, visit www.oregonbrewfest.com.