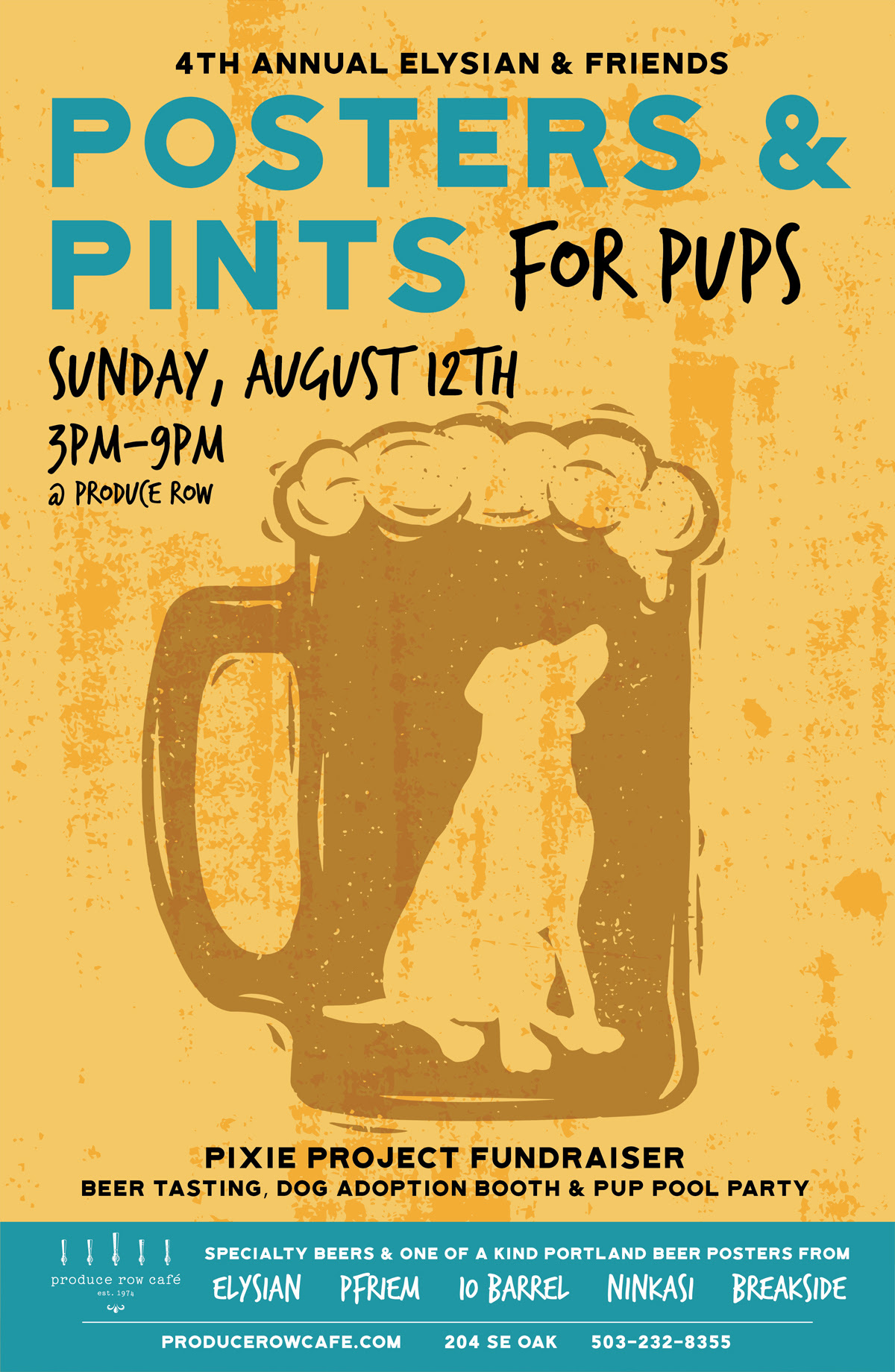 Beer and art will come together at the 4th Annual Posters & Pints for Pups fundraiser at Produce Row Café. Held outdoors on Produce Row’s great patio, this annual event will take place on Sunday, August 12th from 3:00-9:00pm.

Support your local craft beer scene with a brewery created, one-of-a-kind limited edition Pacific Northwest Beer themed art prints only available at this event. In the past we have been able to snag a few unique ones. Breweries involved this year include Elysian, pFriem, 10 Barrel, Ninkasi, and Breakside.

Produce Row’s side patio will be dog friendly on this day and will even have a little doggie pool to keep them cool. There will also be patio games as well.