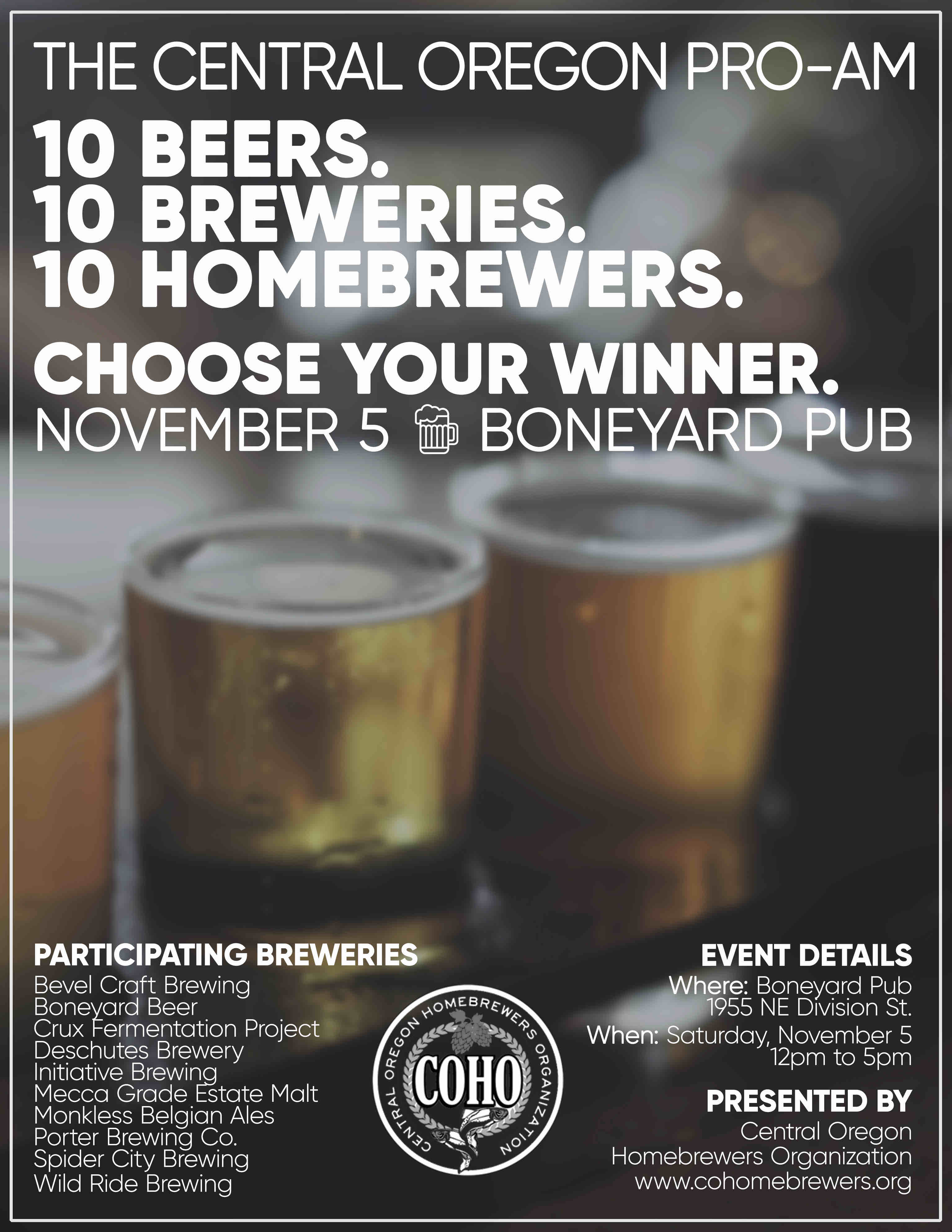 Bend, OR – October 24, 2022 – On Saturday, November 5th, 10 limited-edition beers go head to head for bragging rights—and for charity—at the finale of the Central Oregon Pro-Am brewing competition. Come to the Boneyard Pub at 1955 NE Division St. in Bend between 12pm and 5pm to taste them and choose your winner!

Proceeds from the event will benefit the Central Oregon Homebrewers Organization (COHO) and a Central Oregon charity nominated by the winning homebrewer. A complete list of the beers, brewers, and nominated charities can be found on the COHO website at https://cohomebrewers.org/.

The 10 beers will be served in two flights of five beers each. They may be purchased by the flight or by the pint. Raffle tickets will also be on sale for a chance to win cool prizes, including Central Oregon beer swag.

This promises to be a fun event for any beer enthusiast, offering an opportunity to try some delicious, unique brews brought to you by the Central Oregon brewing community.

About COHO
Central Oregon Homebrewers Organization was founded in 2005 in Bend as a means for homebrew enthusiasts to educate themselves and others about brewing beer, wine, and other fermented beverages. The goal of the club is to associate ourselves with like minded individuals that have a thirst for knowledge and an appetite for an enjoyable time. The club is open to the public, and anyone with an interest is encouraged to participate. Visit cohomebrewers.org for more information.