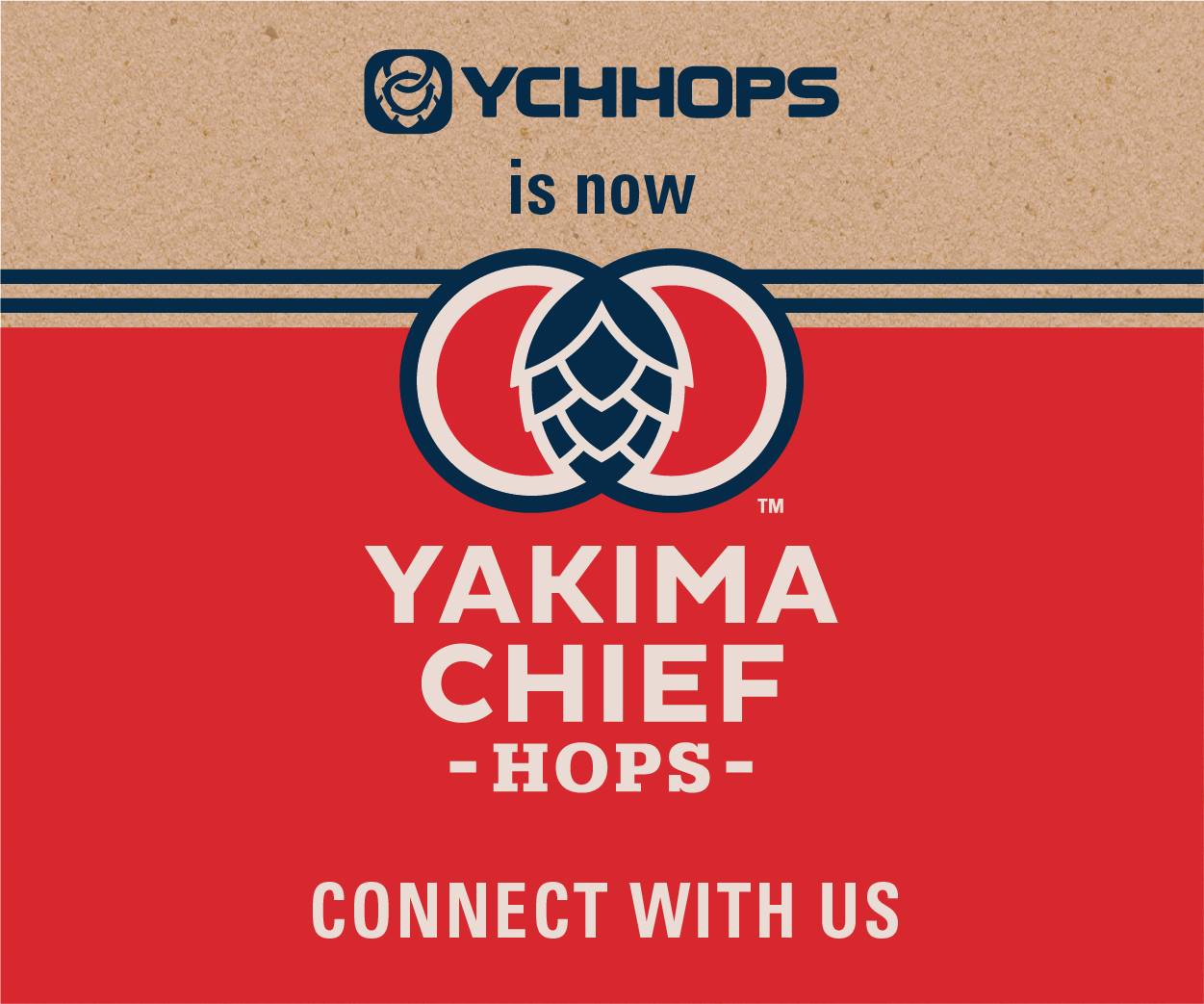 Back in the summer of 2014 Yakima Chief acquired Hopunion to become Yakima Chief-Hopunion. Since then the hop supplier was more commonly known as YCH Hops. Today it announced a change in name that fully honors its heritage as Yakima Chief Hops.

The U.S. based hop supplier formerly known as Yakima Chief – Hopunion, or YCH HOPS, is pleased to announce the launch of its new company name and brand identity, Yakima Chief Hops. As the leading American hop supplier located in the Pacific Northwest, the new brand is being introduced to honor more than 30 years of connecting family hop farms to the world’s finest brewers.

At Yakima Chief Hops, beer is more than a beverage; it’s a community. Since the beginning, the family farms that make up YCH have been driven by the desire to help the whole community thrive by focusing on constantly improving one of beer’s greatest ingredients, the hop. By connecting directly with the brewers, growers are able to learn firsthand what craft brewers need to create their next best beer.

“Craft brewers are artists in the brewing world”, states Kate Ruffing, Chief Marketing Officer for Yakima Chief Hops who led the brand transformation efforts. “Our growers have heard directly from them what is needed to realize their vision and we responded. It has been an amazing partnership that continues to this day.”

The new brand reflects these strong partnerships that Yakima Chief Hops has created within the brewing industry while also celebrating the future. Through a differentiated identity, YCH seeks to enhance the way they tell their story in order to strengthen the connection between brewers and the family farms that grow their hops.

“We have entered a new age in the hop industry where beer-drinking consumers really care about the ingredients that make their favorite beverages. The brewers are looking to help tell the story about hops and why they choose to support family farms by purchasing the highest quality hops for their brews,” states Ruffing. “We want to share that story with brewers and beer drinkers around the world.”

The interlocking rings of the new logo that are connected with a stylized hop cone mirror the company’s core mission of connecting family farms with the world’s finest breweries by supplying the highest-quality hop products. The rings also represent the connection of two grower-owned companies, Yakima Chief, Inc. and Hopunion, CBS that came together to bring American hops to brewers around the world. The new color scheme of red, white and blue capture the brand’s American pioneering roots and dedication to the craft of growing and processing American hops from the Pacific Northwest.