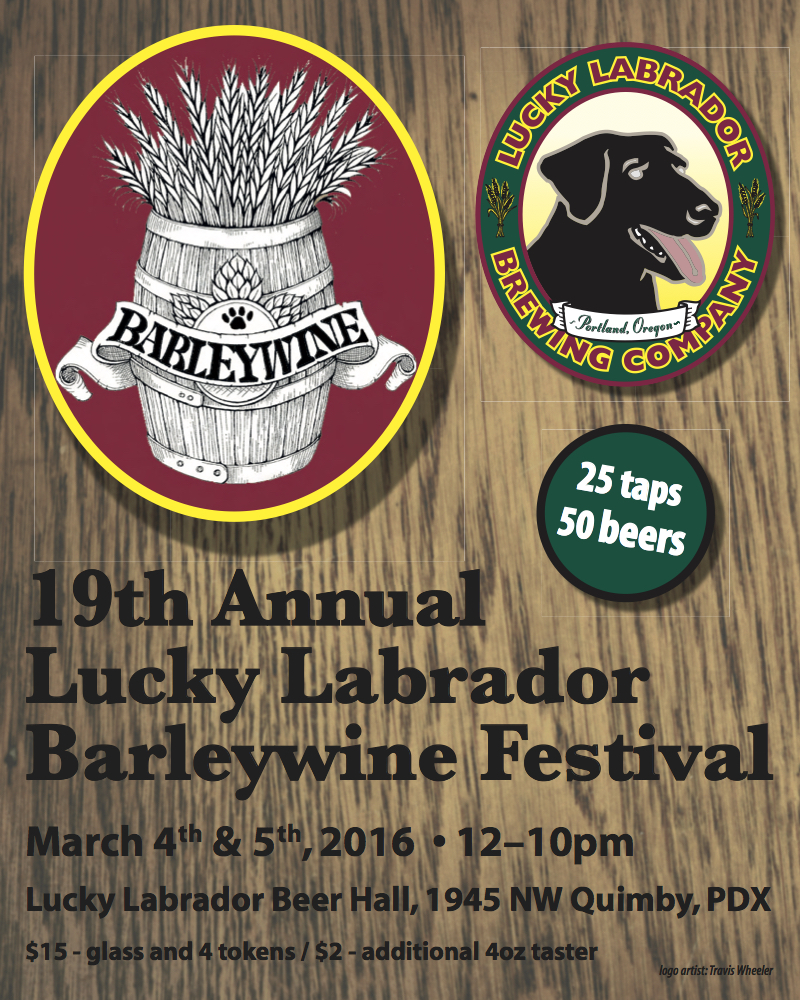 It’s hard to believe but the Lucky Labrador Barleywine Festival is entering its 19th year. For the 2016 edition the Lucky Lab will be hosting its annual event featuring some of the region’s biggest beers on Friday, March 4th and Saturday, March 5th, at its NW Quimby location.

Entry to Lucky Lab’s Barleywine Festival will be $15.00. This includes this year’s event glass and four beer tokens. Additional beer tokens can be purchases for $2.00 each per 4 oz. pour. Minors are welcome until 10pm.

Additional details can be found on the Lucky Labrador’s Facebook Event Page.