For its 2019 fresh hop beer release, Bend Brewing Co. will release two versions of its Fresh Trop Fresh Hop IPA, one with Simcoe hops and the other with Mosaic hops. The Bend brewer has also announced the return of the 3rd Annual Fresh Hops on the Pond.

The first of two releases of Fresh Trop Fresh Hop IPA are currently available in 16-ounce cans. This one features over 12 pounds of freshly harvested Simcoe hops from BC Farms in Woodburn, OR. Then on October 1st, look for the second release that will feature Mosaic hops, also from BC Farms.

Fresh Trop Fresh Hop IP – Simcoe is available now at Bend Brewing Co in downtown Bend and will see distribution in Oregon through Bigfoot Beverages and Running Man Distribution next week. Look for the canning date and hop variety printed on the bottom of the cans. 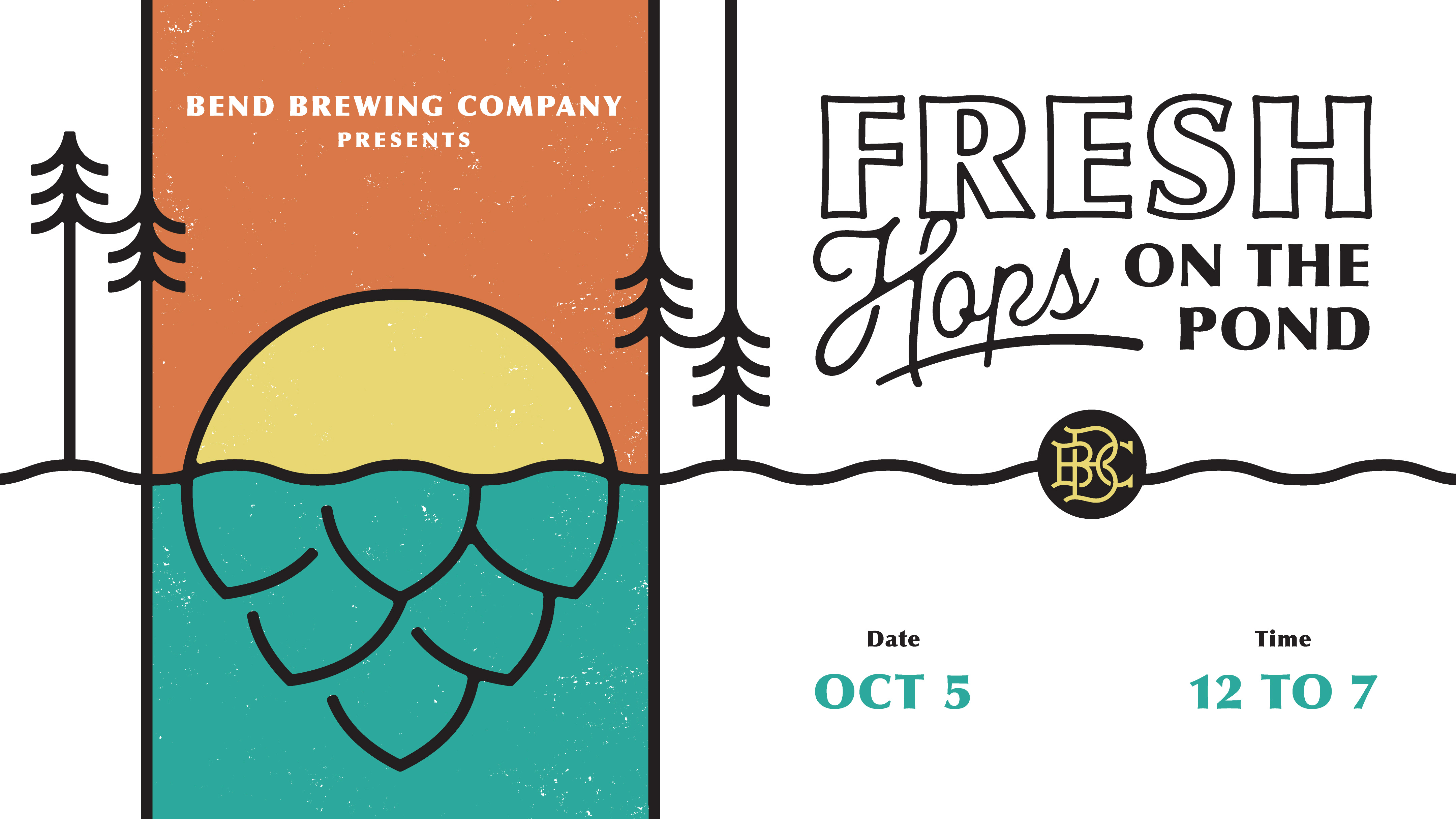 Bend Brewing Company has also announced details for its 3rd Annual Fresh Hops on the Pond event that’ll be held on Saturday, October 5th from Noon to 7:00pm at its downtown Bend brewpub.

Fresh Hops on the Pond tasting packages start at $12 for a souvenir glass and 2 beer tokens. Additional tokens are $3 each. Tokens are good for a 6oz pour or a full pour for 2 tokens. Participating breweries and beers were hand selected by the Bend Brewing Company team and feature some of the Northwest’s most renowned fresh hop producers.