There’s a subculture of beer drinkers out there that prefer to drink cask-conditioned ales. For those that prefer their beer in a naturally carbonated state, the Green Dragon returns with its 9th Annual Firkin Fest on Saturday, February 20, from 11:00am to 6:00pm.

The 9th Annual Firkin Fest will feature a bevy of local breweries each presenting a beer of their choice prepared in a traditional English cask, or firkin. Unlike most draft beers, firkin beers are unpasteurized, unfiltered, naturally carbonated in the cask and served at cellar temperature of approximately 55 degrees.

Attendees can expect to sample the largest line-up of donated firkins ever – with over 40 unique and limited brews available to taste. New this year, $8 Growler fills of the cask-conditioned beers will be offered throughout the festival.

General Admission to Firkin Fest is just $10.00 that includes a souvenir glass along with five taster tickets. Additional taster tickets will be $1.00 each. For those that want to experience a bit more, the VIF (Very Impressive Firkin) Session returns from 2:00 to 4:00pm in Green Dragon’s Barrel Room. VIF will feature three special VIF only firkins from Oregon breweries along with complimentary sausages and oysters. The brewers will be on hand to introduce their firkins and meet attendees. Tickets for the VIF session are $25 and include general admission to the festival. Both General Admission and VIF tickets are available by clicking here. 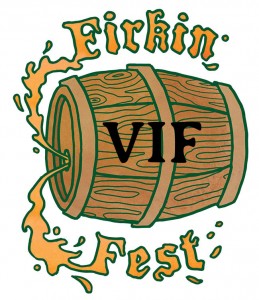 Expect Firkins from the Following Breweries:

A portion of proceeds from the 9th Annual Firkin Fest benefit the Buckman Arts Focus Elementary School. Last year $3,000 was raised and donated to this outstanding neighborhood school. 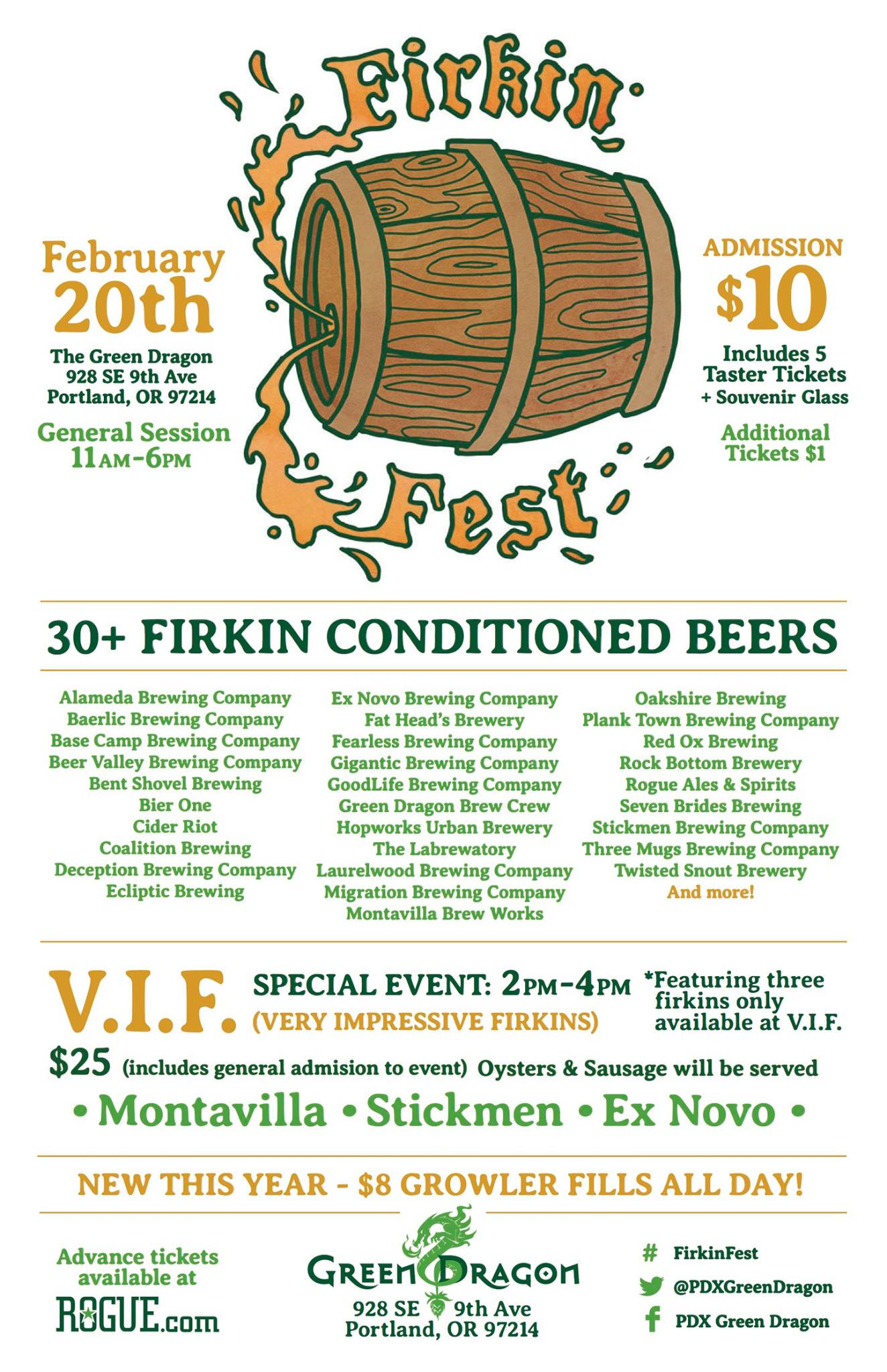