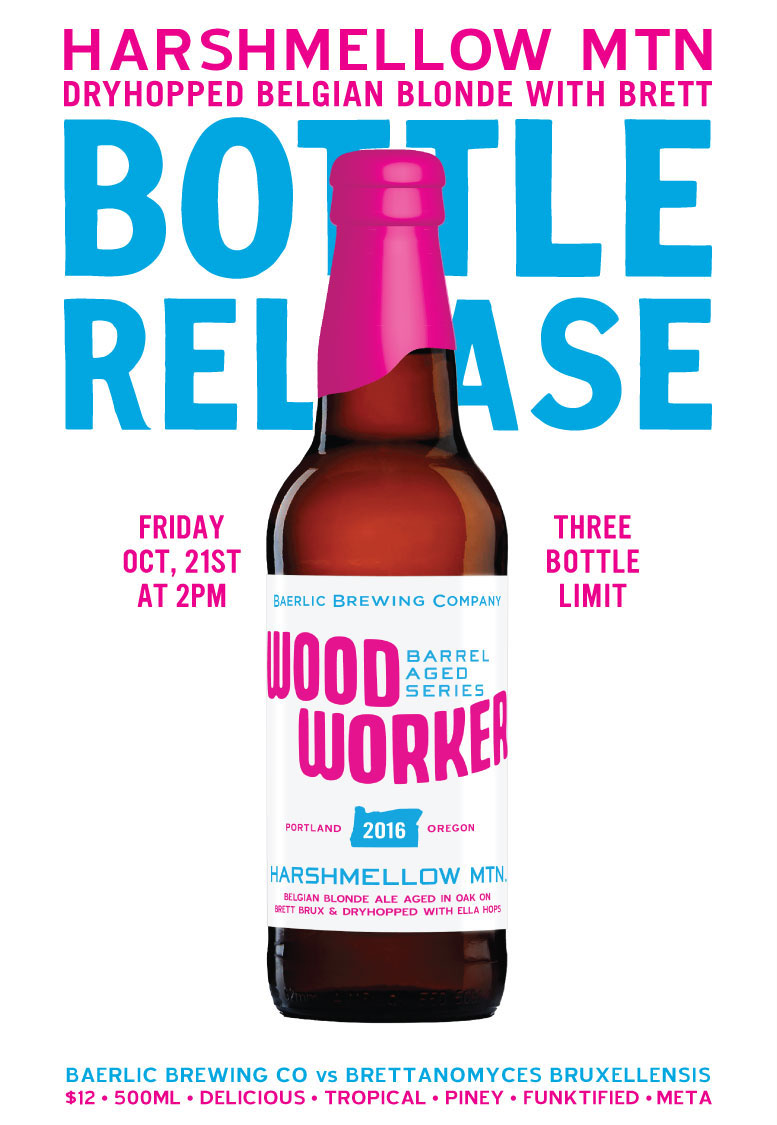 Harshmellow Mountain, the latest in its Woodworker Barrel-Aged Series from Baerlic Brewing, will be released at the brewery on Friday, October 21st beginning at 2:00pm. Harshmellow Mountain is a Belgian Blonde Ale that has been aged in a blend of neutral and second use gin oak barrels on Brett Brux and dry-hopped with Ella hops before the beer’s bottling.

Harshmellow Mountain has a very limited bottling run of 500mL bottles, all that are hand bottled and waxed dipped and will be priced at $12.00 each. There will be a three-bottle limit per person. Best of all, Harshmellow Mountain will also be available on draft at the Baerlic taproom.

Here’s how the brewery describes Harshmellow Mountain. In the shadow of Harshmellow Mtn lies humanity’s most important discovery. But it is so far off, that by the time you could get there the sun would be starting to rise. You’d fumble to shield your face and would become blinded by its rays as they rose high above the mountain’s edge.You would squint and cower and be overwhelmed with huge aromas of tropical fruit, white wine & juniper before completely ignoring why you even journeyed there in the first place…and you’d be ok with that.