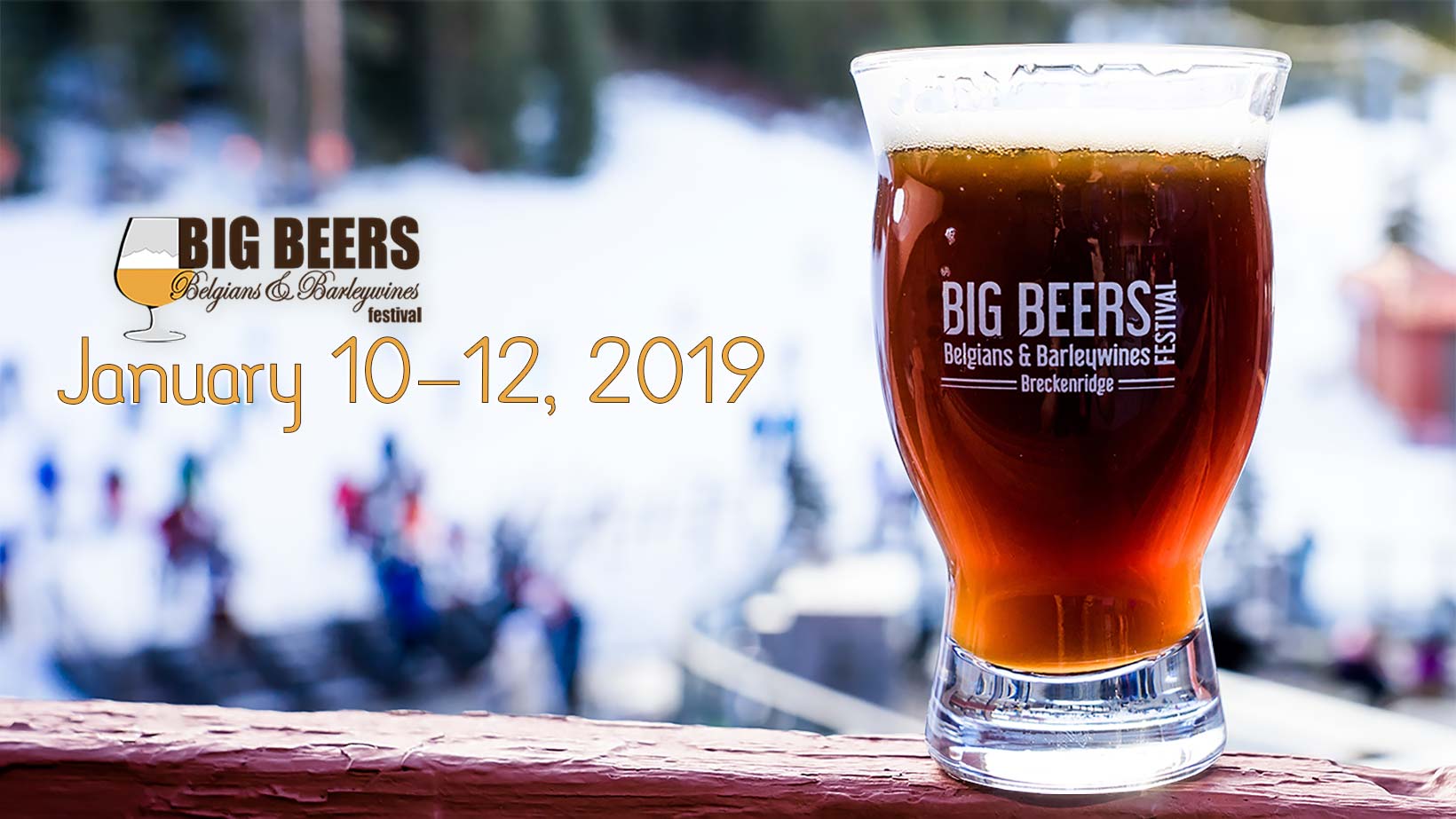 Over the years we have read and heard first hand accounts about the beauty and the excitement of the Big Beers, Belgians & Barleywines Festival. Held each year in the Rocky Mountains this highly coveted festival brings the best of the best in craft beer to the high elevation of Colorado.

With low priced airfare into Denver and a beautiful drive to the mountains we had the opportunity to attend Big Beers, Belgians & Barleywines Festival for the very first time earlier this year in January. The festival is now held in the scenic Colorado ski town of Breckenridge. This marked the second consecutive year that the Big Beers Festival was held in Breckenridge as it transitioned from a 16-year run in nearby Vail.

“Beaver Run Resort and the Breckenridge Tourism Office played a key role in our relocation,” said Laura Lodge, event coordinator in a statement. “And the number of local business who are excited to support our event and participate throughout the weekend has been amazing.”

We arrived in Breckenridge on January 4th, the first day of 18th edition of this three-day Big Beers weekend. The three days are filled with educational seminars, food and beer pairings and it all culminates on the Saturday for the actual all-inclusive festival itself. Plus, many bars in the ski town of Breckenridge host after parties with many of the festival breweries. 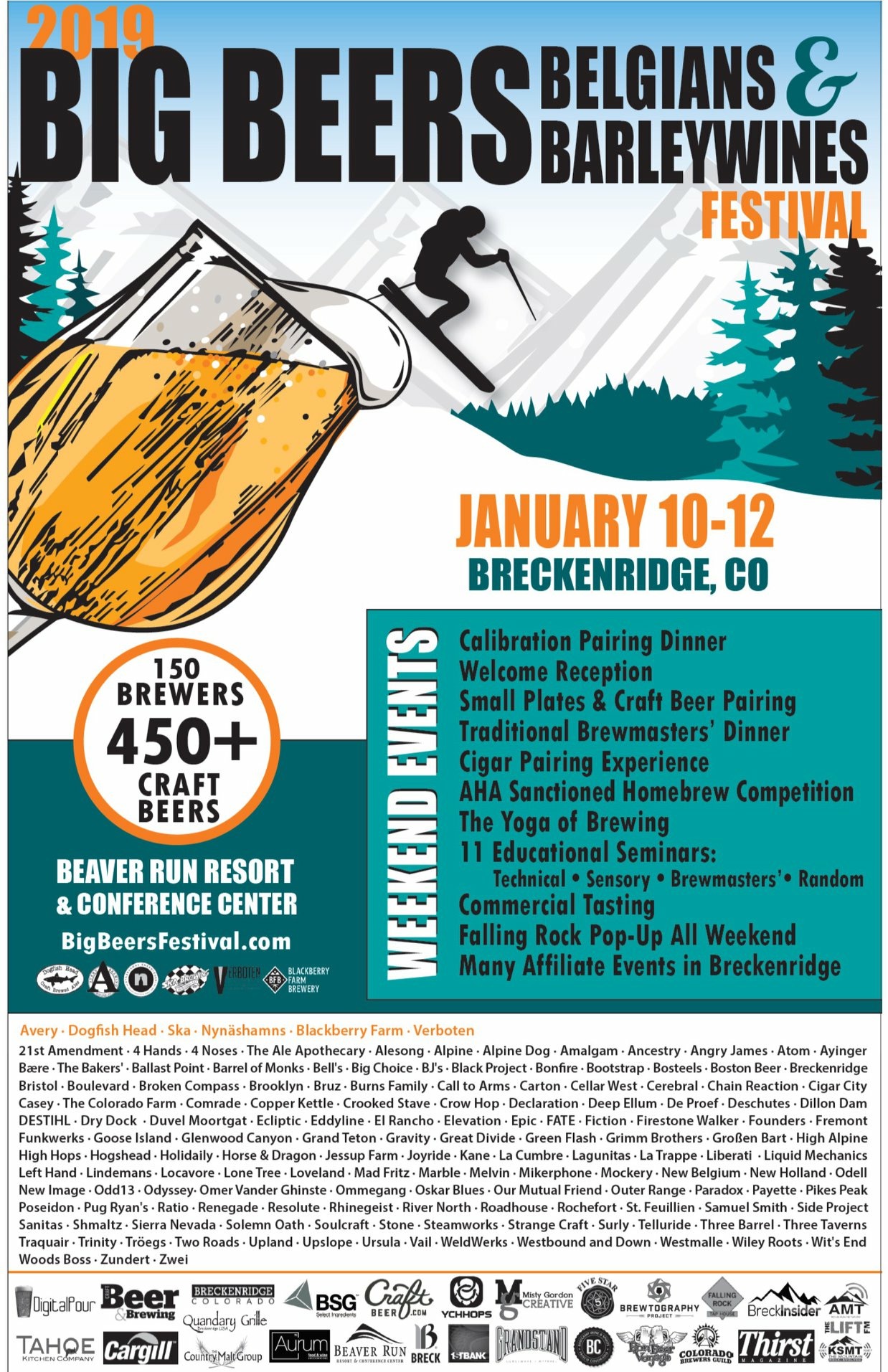 Then on Friday and Saturday the seminars take place. This strong focus on education is a highlight of Big Beers weekend and is what sets this weekend event apart from many other festivals. These seminars are designed for both the professional brewer and the imbiber in mind. Plus, a weekend of skiing and then imbibing is not a bad scenario.

On Friday this comes forth with Cicerone Workshops and Food and Beer Pairings in the daytime and later in the night one on Cigar Pairings. Then when Saturday rolls around the education focus is on Experimental Brewing session, Technical Track offerings, Featured Brewmasters seminars and a few others will bring knowledge to attendees prior to the Commercial Tasting that takes place from 2:30-6:00pm on two floors of the conference center. Find out full details on all seminars on the Big Beers website.

Once the seminars conclude the Commercial Tasting of the 2019 Big Beers, Belgians and Barleywines Festival takes place inside the Beaver Run Resort. This late afternoon tasting takes up two massive floors of the conference center with many brewers pouring at each brewery booth. For tickets to the Commercial Tasting click here.

Here’s a preview of the breweries that will pouring its beers.

Also taking place in Breckenridge the same weekend as Big Beers is Ullr Fest, that celebrates the Norse mythic god Ullr. Taking place from January 9-12, 2019, Ullr Fest celebrates its 55th year in 2019 with some fun filled outdoor winter activities for the entire family and a few for just the adults.

Ullr Fest features an Ullr Parade, a Ullr Bonfire made up of retired Christmas trees, an Ullr Ice Plunge and an attempt to break the world’s longest shot ski record at Ullr Shot Ski that spans 1250 feet in length.

Here are additional photos from the 2018 Big Beers, Belgians and Barleywines Festival weekend…