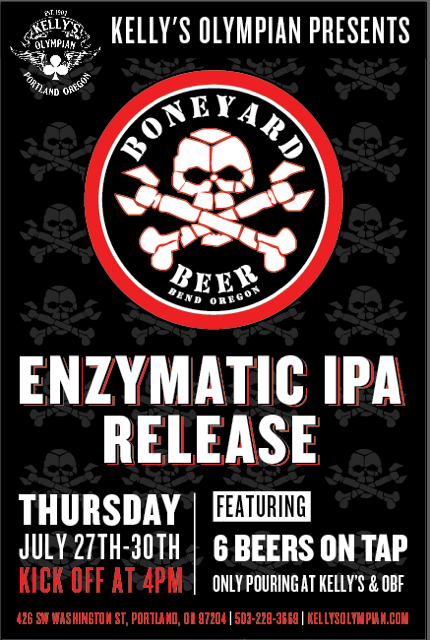 When the Oregon Brewers Festival kicks off on Wednesday there will be over 60 new beers released in Portland all on the same day. One of these beers is Enzymatic IPA from Boneyard Beer.

If you don’t make it by the festival Kelly’s Olympian will be hosting Boneyard Beer from July 27-30, 2017 with six of its beers on tap. Enzymatic IPA is one of the beers and the festivities will begin on Thursday at 4:00pm.