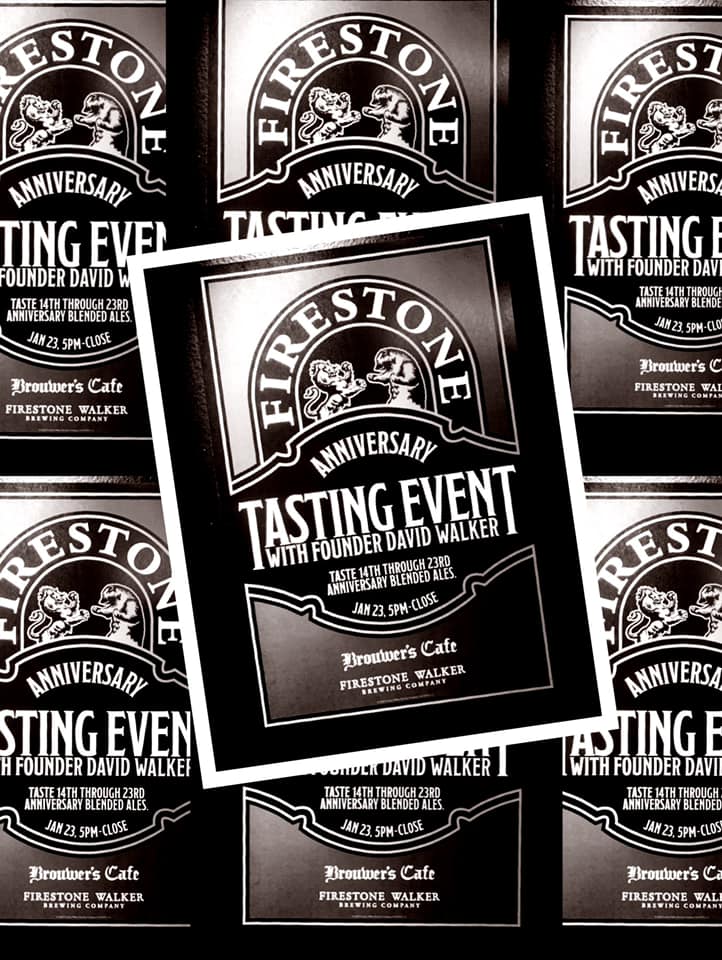 Firestone Walker Brewing is highly regarded for its beers from its barrel aging program. Brouwer’s Cafe in Seattle’s Fremont neighborhood will showcase a 10 Year Firestone Walker Anniversary Vertical with the brewery’s co-founder, David Walker in attendance on Thursday, January 23rd beginning at 5pm.

Through the years, Brouwer’s Cafe has been putting away kegs of Firestone Walker’s Anniversary Ale. Now ten years later the coveted beer bar in Seattle will tap all ten years of this barrel-aged beer that has been blended by many of the famous winemakers near the Firestone Walker brewery in Paso Robles, California.

Brouwer’s Cafe will features Firestone Walker Anniversary from Vintage XIV through Vintage XXIII. They’ll tap all ten years in two different flights – The Lion and The Bear – beginning at 5:00pm on January 23rd. Only flights will be available that evening, therefore no pours of single years. Brouwer’s wants to be able to give everyone an opportunity to get a flight. But be careful since most of these beers are over 12%.

To make this evening even more fun, David Walker, aka The Lion, will be in attendance at Brouwer’s Cafe.

Entry into Brouwer’s Cafe for the 10 Year Firestone Walker Anniversary Vertical with David Walker is free.