Battle Brew brings together Portland small business and the local creative community to raise awareness and money for the cause and celebrate local leaders who are currently fighting or have fought cancer. Best of all 25% of keg sales will be donated to Portland-based non-profit Fighting Pretty, whose mission is to help women battling cancer feel strong and beautiful.

Tonight, October 25th, there will be a fundraiser at The Evergreen in Southeast Portland that’s located directly above Loyal Legion. Tickets to this party can be purchased here. 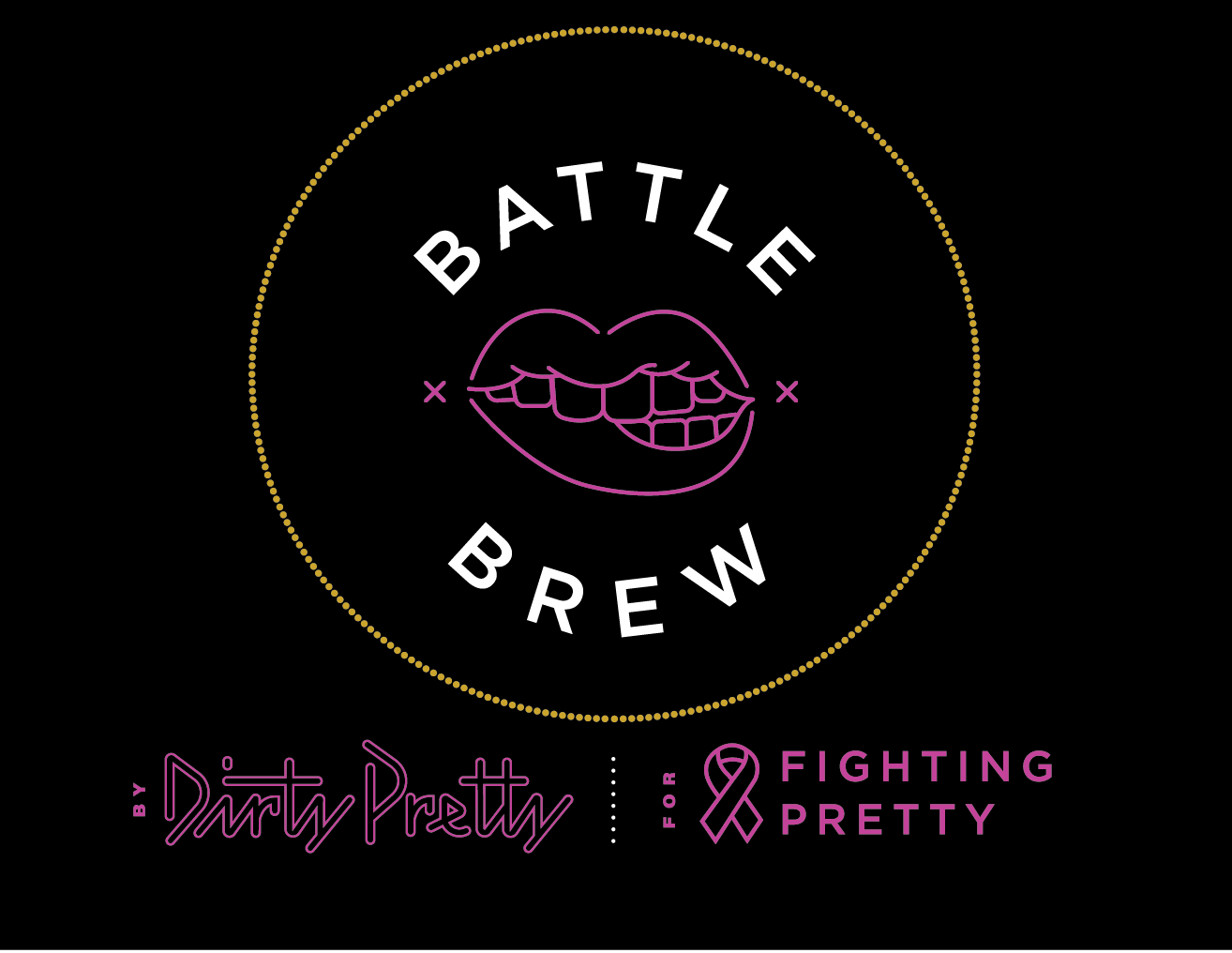 Here are additional details on the beer from the pres releases…

Marie Kusa, brewer at Dirty Pretty, Portland-based brewery, invited Kara Skaflestad of Fighting Pretty and Lianne Saffer of BurnCycle to join her and head brewer, Carston Haney in crafting a limited-edition beer for Breast Cancer Awareness Month. The result of the collaboration, brewed at Dirty Pretty’s SE Powell location (the former Ross Island Brewery space) is Battle Brew: a blonde ale with blackberry and raspberry that will be pink in hue in honor of Breast Cancer Awareness month.

Twenty-five percent of keg sales will be donated to Portland-based non-profit Fighting Pretty, whose mission is to help women battling cancer feel strong and beautiful. Participating bars and restaurants who carry the beer will also be able to donate proceeds from beer sales to the cause. Beer will be available on a rolling basis throughout the month at Loyal Legion, Etc Eatery, Jackknife, Oven & Shaker, Dig A Pony, Secret Sauce Burger and Beer O’ Clock amongst others.

“Helping other women battling cancer feel strong and beautiful is something we focus on everyday.” says founder of Fighting Pretty, Kara Skaflestad. “After my own battle with breast cancer almost 10 years ago, I knew I wanted to start something that would make a difference.” To date, Fighting Pretty has sent over 6,000 care packages full of beauty and inspirational items to women battling all types of cancer to all 50 US states and seven countries globally. Plus, on October 1, Skaflestad was featured on the TODAY Show building 400 Pretty Packages or New York cancer patients.

To celebrate the initiative and launch the beer, there will also be a BURNMVMT on Thursday, Oct. 25 held at The Evergreen and led by Lianne Saffer, BurnCycle trainer who was amongst the group that brewed the beer. BurnMVMT brought to you by Burncycle, is a series of pop up workouts hosted all over the Pacific Northwest, all off-the-bike and all designed with our community in mind. Each event raises funds and awareness for local charities and organizations. BurnMVMT was founded on the firm belief that movement stimulates positivity and drives community. says “My language is movement,” said Lianne, BurnCycle/BurnMVMT instructor. “Throughout my battle with cancer, I have only become more aware of the privilege that is movement. Especially when that movement involves a community of people pushing for strength, gratitude, and building energy as a collective.”

Tickets to the BURNMVMT event and after party can be purchased here.