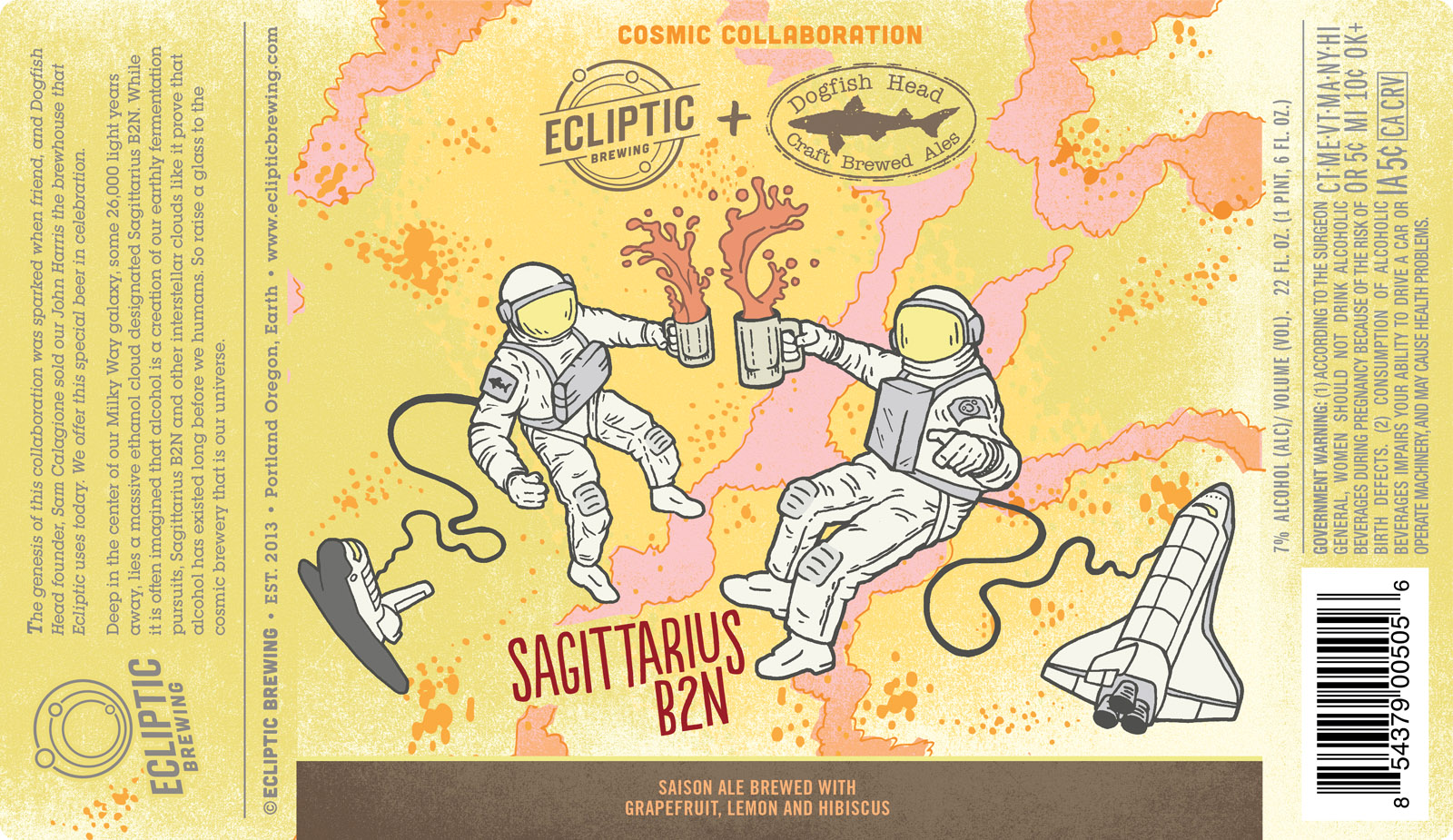 John Harris and his brew team at Ecliptic Brewing have been quite busy as of late, especially on the collaboration front. After this weeks official release for Points Unknown IPA, a collaboration beer that was brewed with Wicked Week Brewing and Stone Brewing Co,, the brewery now has its eyes set on its next collaboration release.

Ecliptic Brewing teamed up with Sam Calagione of Dogfish Head Beer and his brew team while they were all in Portland last month for the Craft Brewers Conference. The resulting beer, Sagittarius B2N, will officially be released on Thursday, May 28th at 5:00pm at The BeerMongers for an Ecliptic and Dogfish Head Tap Takeover. Ecliptic Brewing’s taproom will be releasing the beer the following day on Friday, May 29th.

For those of us in the Portland area, The BeerMongers will be the first to be selling bottles of this collaboration and will also be featuring seven drafts dedicated to Ecliptic and Dogfish Head. The draft list for the release party is stellar and it’s as follows:

This should be a great night for beer lovers!