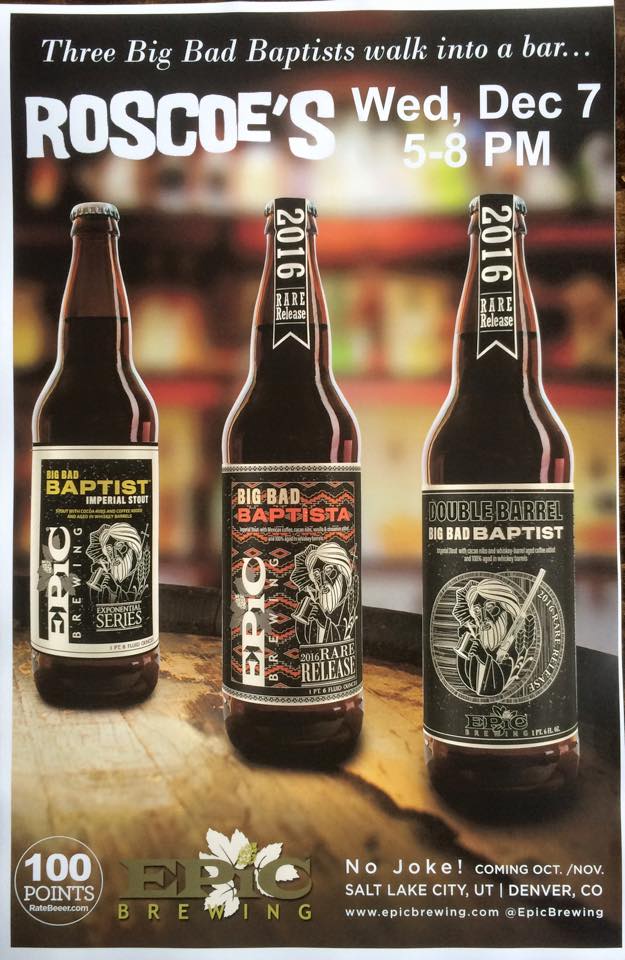 With the pending cooler weather that is forecasted to hit Portland this week one way to keep a bit warmer is to visit Roscoe’s on Wednesday, December 7th for a night with Epic Brewing and its Big Bad Baptist release. There will be four versions of different specialty kegs of Big Bad Baptist Imperial Stout that will be tapped beginning at 5:00pm.

Here’s what will be on tap.

Not sure which one to try? Taster trays will be available to make it easy to sample all 4 versions side by side!