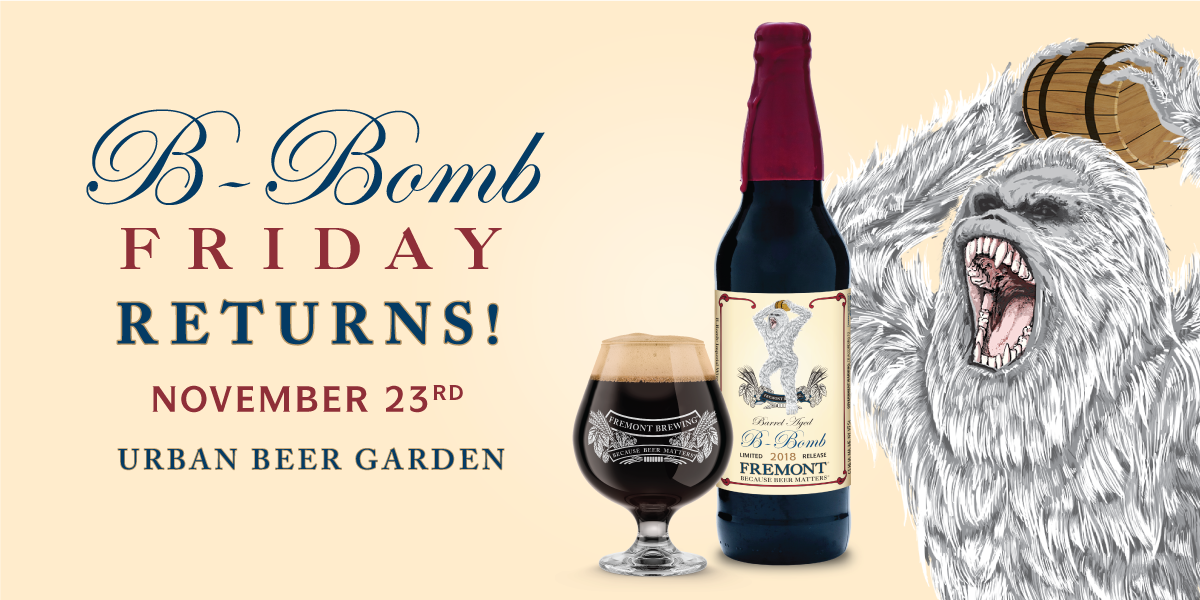 Taking the lead from Goose Island Beer Co., Seattle based Fremont Brewing will celebrate Black Friday with the release of its popular B-Bomb or what was known as Bourbon Abominable.

On Friday, November 23rd, Fremont Brewing will release its 2018 B-Bomb Bourbon Barrel-Aged Winter Ale at its Urban Beer Garden in Seattle’s Fremont neighborhood. B-Bomb will be on-tap and available to go in 22oz bottles beginning at 11:00am. Then at 5:00pm, the legendary Yeti will join the party to help tap three release-party-only B-Bomb infusions. B-Bomb bottles are $20.00 each with a four-bottle limit per person. Full distribution within Fremont’s distribution network will follow in the coming weeks. 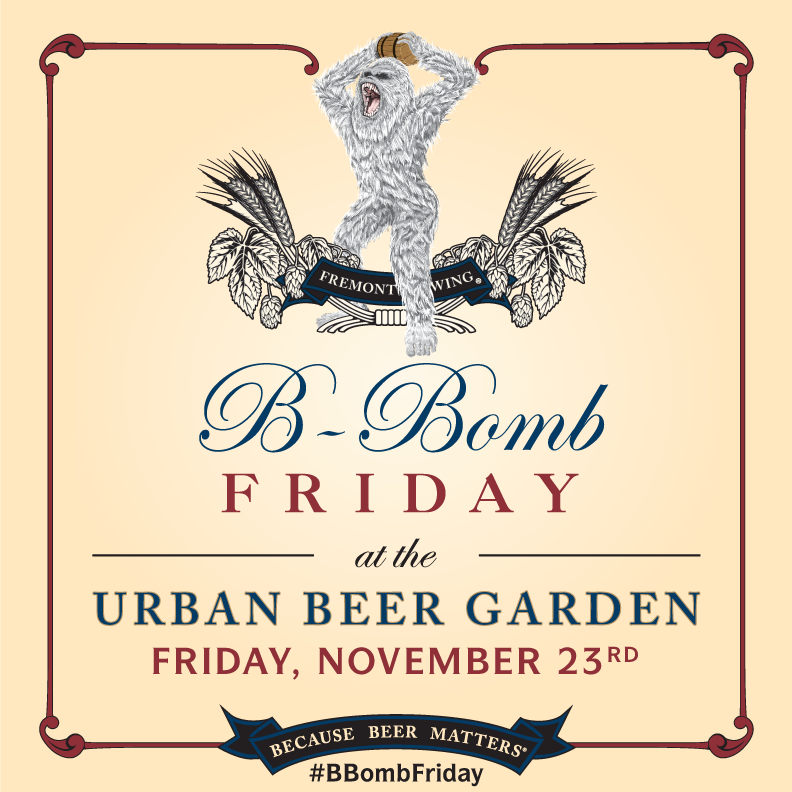