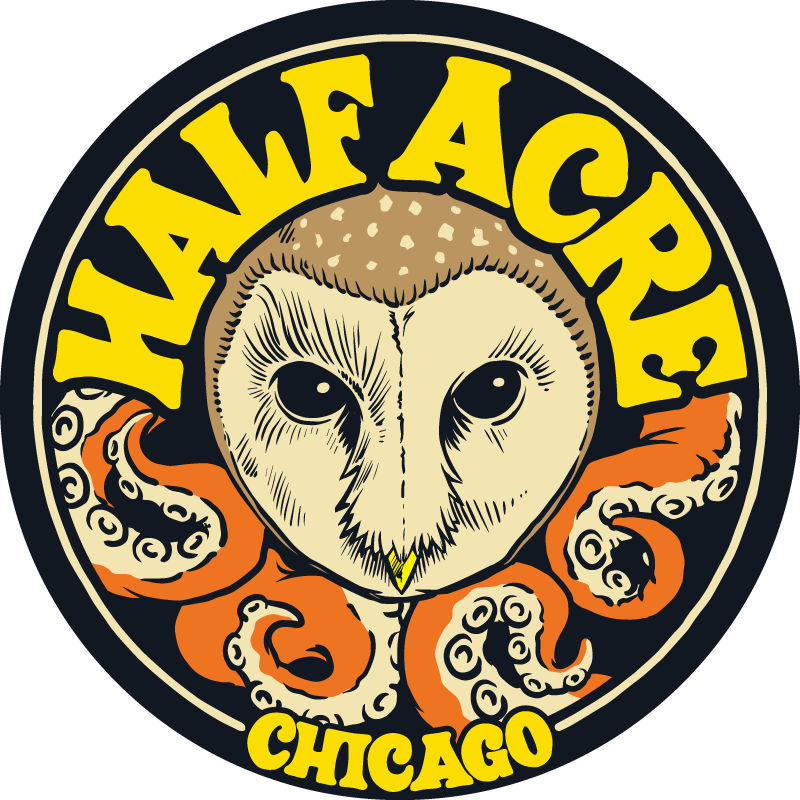 One of Chicago’s more popular breweries, Half Acre Beer Company, will be sending cans to the Portland market beginning next week. Working with local distributor, Running Man Distributing, the ten-year-old brewery will begin hitting area shelves on Monday, March 13th.

Half Acre began its brewing history when it contract brewed a lager in Wisconsin to mixed reviews. Things took a sharp turn for the better when the brewery opened its very own production facility in 2009 in Chicago’s, North Center neighborhood. Since this time its beers have been very sought after and last year Half Acre brewed a collaboration beer with Gigantic Brewing, Grimalkin Amorphotron.

The beers that will be distributed here in Portland will predominately be in 16 oz. cans along with a very limited amount of draft. Be on the lookout for Daisy Cutter, Double Daisy Cutter, Gone Away IPA, Pony Pils, and Tuna Extra Pale Ale. This beer will turn up at area bottle shops and a few other accounts around the Rose City.

Here are descriptions from Half Acre on each of the canned beers that will be in the Portland market beginning next week.

Tuna Extra Pale Ale
Why is the beer called Tuna?  We don’t know.  Just say it, “I’ll take a Tuna.”  It feels good.  The ocean is a magical place.  Soon we’ll have cans of Tuna.
The antipode to Navaja, Tuna is rife with attributes that make for ongoing pleasure without the heft. Too much weight while exploring the ocean is dangerous.
Green apple jolly rancher, watermelon, peach, guava. A denser body to hold up to the sweeter finish. Lemon lime citrus zest, tropical fruit juices.
4.7% ABV

Daisy Cutter
Daisy Cutter Pale Ale is one of the first beers we brewed at our brewery on Lincoln Ave.  It began as a special release bomber beer, but caught fire both in and outside the brewery.
At the time, 2009, there were some local pale ales that hit with natural power, but not many.  Daisy Cutter’s lush and dank characteristics steadily carved out a place within the Chicago brewing landscape.
Today, Daisy Cutter is a call brand that we continue to keep raw and relevant.
Blended pine, citrus, papaya and mango. Dank. Apparent biscuit, lingering, obscenely dry.
5.2% ABV

Double Daisy Cutter
Double Pale Ale. A monster version of our classic, turned up in weight and overall power.
8% ABV

Gone Away IPA
If you’ve been trailing us for a while, you know that GoneAway is a beer that’s had two other names that both succumbed to peril.
This beer has classic IPA heft. Many hop forward beers of the modern are defined by omission. GoneAway shines from raw material impact on both sides of the equatorial flavor hemispheres.
Big grapefruit, green strawberry, resin, pine, dank, light honey, cracker, tropical mango/guava, assertive bitterness, pine sap, clean, dry finish.
7% ABV

A few of the personnel from Half Acre will be in Portland for a couple of planned events that will feature the limited amount of draft beer sent to town.