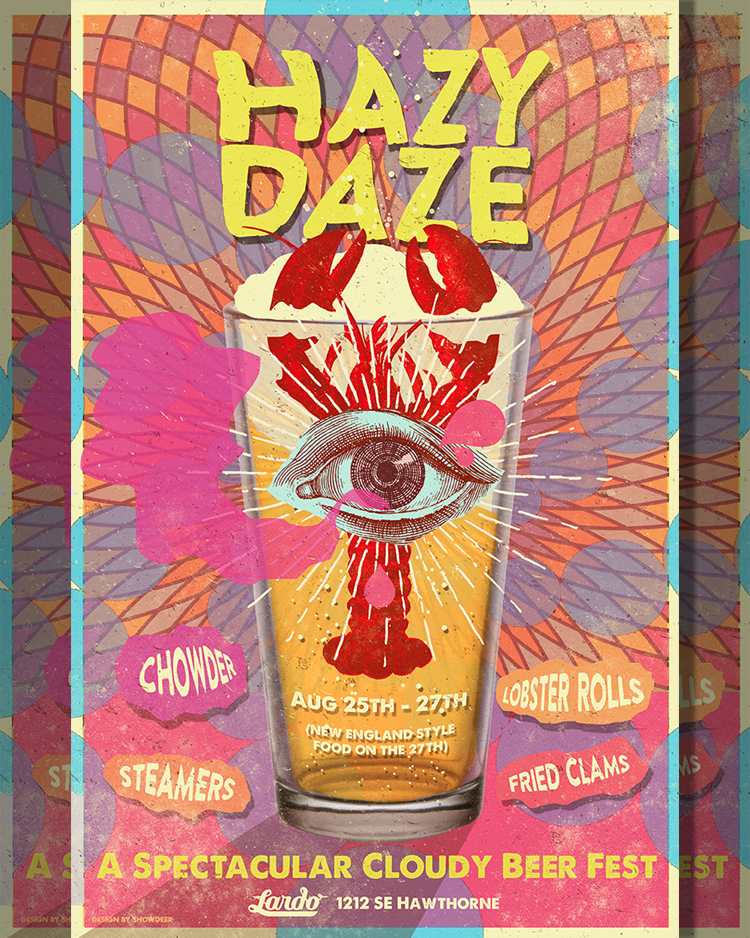 When we head into the final weekend of August, Lardo on Southeast Hawthorne will host its Hazy Daze of Summer. This three-day event from August 25-27 will feature various takes on New England Style IPAs.

Hazy Daze of Summer kicks off on Friday at 5:00pm, as 26 rotating handles of hazy IPAs will take over Lardo’s taps. For the festival Lardo has worked with breweries that have been brewing this hazy style IPA and ones that are new to it. Many of the beers will be debuting at Hazy Daze of Summer.

Then on Sunday, August 27th Chef Rick Gencarelli will be cooking New England style food on the patio. Rick will be preparing clam chowder, lobster rolls, steamers, and fried clams.