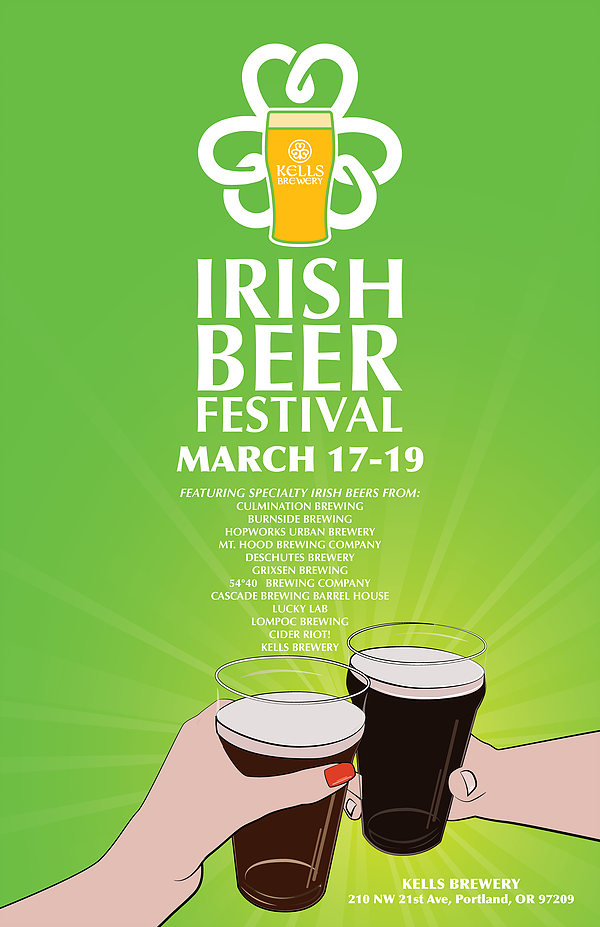 A new beer festival will take place this year over St. Patrick’s Day weekend in Northwest Portland outside at Kells Brew Pub. Being billed as the inaugural Irish Beer Festival, this three-day festival will feature Irish inspired beers and ciders from several local breweries. Though the beers do not hail from Ireland, many of the festival beers have been brewed specifically for the event.

Admission is $10.00 before 4:00pm and includes a souvenir logo pint glass and seven taster tokens. After 4:00pm admission increases to $20.00 that includes the glass, tokens along with the cover charge into the adjoining Kells Irish Festival.

Irish Beer Festival is more than just beer as there will be Irish dancers, bagpipers, live music and Irish food specials during the three-day festival. Minors are welcome daily until 4:00pm. Attendees are encouraged to travel between the Irish Beer Festival and the Kells Irish Festival next door.