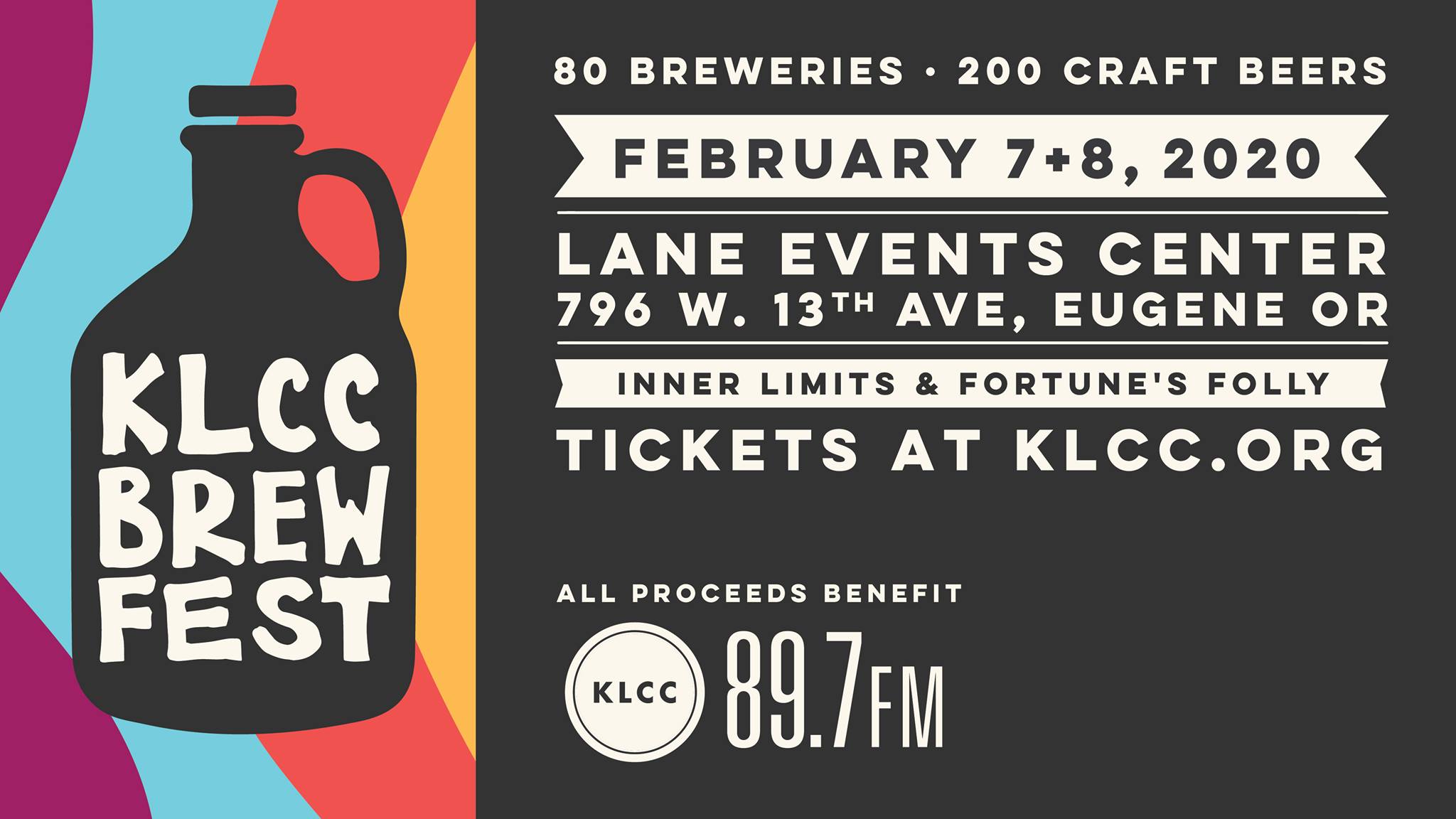 The largest fundraising event for Eugene’s public radio station KLCC 89.7 FM returns February 7-8 when the KLCC Brewfest takes place inside the Lane Events Center in Eugene. Over 80 breweries and cideries will come together for two days of beer and cider with all proceeds benefiting KLCC.

For the past few years at the KLCC Brewfest, Eugene-area breweries have collaborated on festival themed beers known as Vinyl Tap. This year is no different as various regional breweries have partnered to create nine different beers for the festival, all inspired by music. A free Vinyl Tap Passport is included with the festival brochure. Redeem the completed passport for up to $10 off any appetizer at First National Taphouse with purchase of two drinks.

Descriptions of all nine KLCC Brewfest Collaboration beers are below.

Elkhorn Brewpub + Falling Sky Brewing – Roots Radicals
Dry Hopped Pale Ale. Inspired by the punk band Rancid
We started thinkin’ you know we started drinkin’ that is how we came up with this beer.

McKenzie Brewing + Covered Bridge Brewing – Natural Mystic
Rye IPA. Inspired by Bob Marley
“There’s a natural mystic blowing through the air,” so we brewed a 7.7% ABV Rye IPA to share and dry-hopped it to the hilt with Belma and Mystic, naturally. 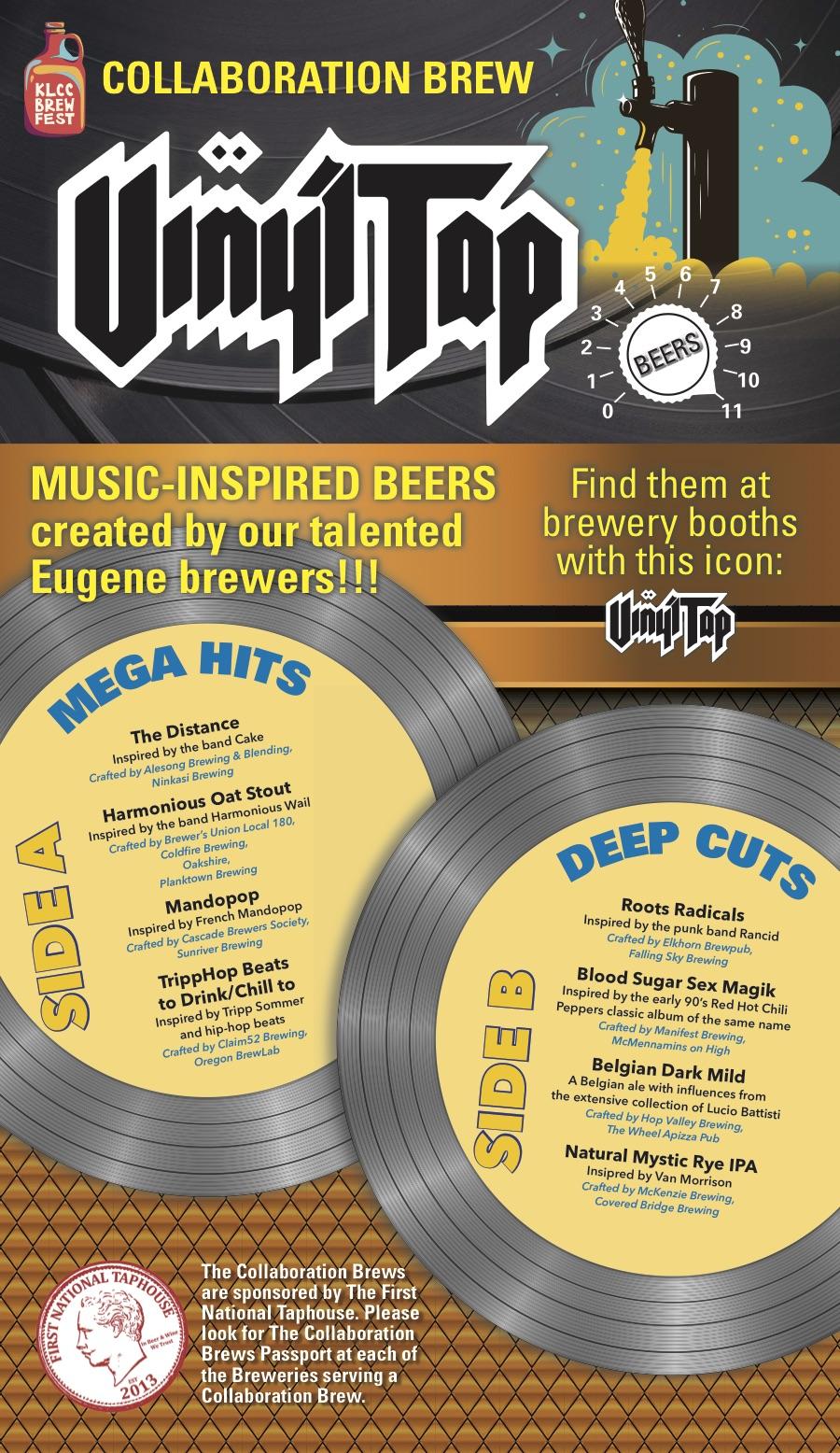 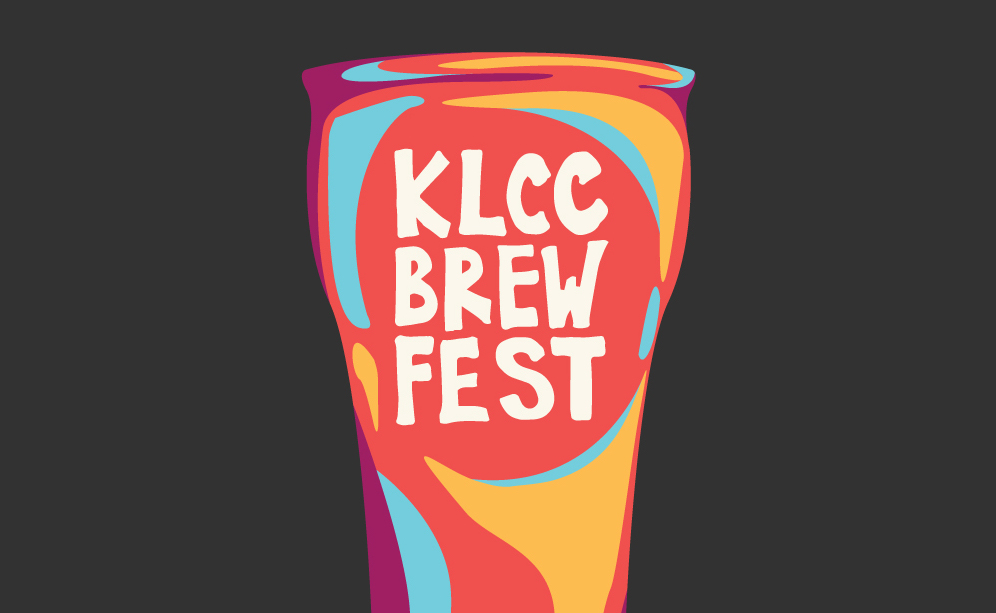 Advance tickets to the 2020 KLCC Brew Fest are now on-sale. Tickets cost $15 Single Day or $22 Both Days. Admission includes souvenir glass and a just two beer tickets, each good for a 3oz sample. Tickets will also be available at the door for $20/Single Day and $25/Both Days and includes a souvenir glass and two beer tickets. Not the greatest deal for a beer festival out there but if you bundle with additional tickets at $1 each for a 3oz pour it can make it bit more appealing. A Designated Driver ticket is $10/Day and is sold in advance and at the door.

KLCC Brewfest takes place on Friday, February 7th from 5:00-11:00pm and Saturday, February 8th from 1:00-11:00pm. Each day there will be a record and CD sale inside the brewfest so make sure to check this area out as we have found some great finds in years past!