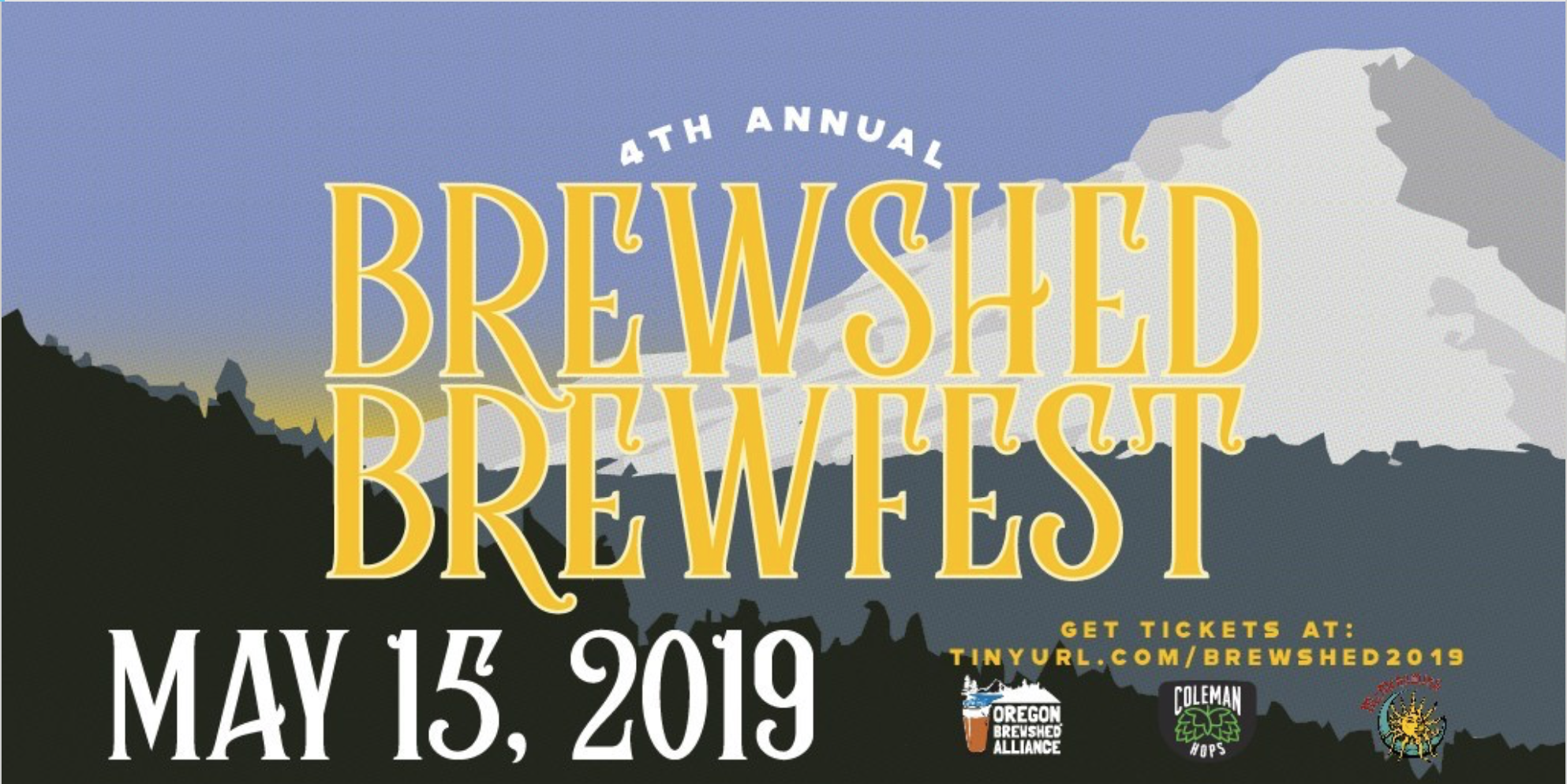 Raising money for Oregon Wild, the Oregon Brewshed Alliance returns for its fourth year with its Brewshed Brewfest. Taking place once again at McMenamins Kennedy School, the 4th Annual Brewshed Brewfest will be held on Wednesday, May 15th from 5:30-9:30pm.

The Brewshed Brewfest will host regional breweries and cideries that want to make a difference to our local watersheds. After all, great beer begins with clean water. The Oregon Brewshed Brewfest is a celebration of fantastic Oregon craft beer and the wild watersheds that make it possible, featuring the breweries and other businesses committed to watershed protection through their partnership in the Oregon Brewshed Alliance.

Tickets to the 2019 Brewshed Brewfest are $25 in advance online and $30 at the door. Your ticket gains you entry, 8 (4 oz.) tasting tickets, a special pint glass, a raffle ticket (the grand prize is a Year of Beer from Widmer!), and voting tokens to pick this year’s Brewshed Best Winners. Additional tastes and raffle tickets will be available for $1.00 each. McMenamins Kennedy School will offer food for purchase.

All proceeds from the Brewshed Brewfest will benefit Oregon Wild, the environmental nonprofit working to protect Oregon’s wildlands, wildlife, and waters as an enduring legacy, and keep Oregon full of great beer through the Oregon Brewshed Alliance initiative.