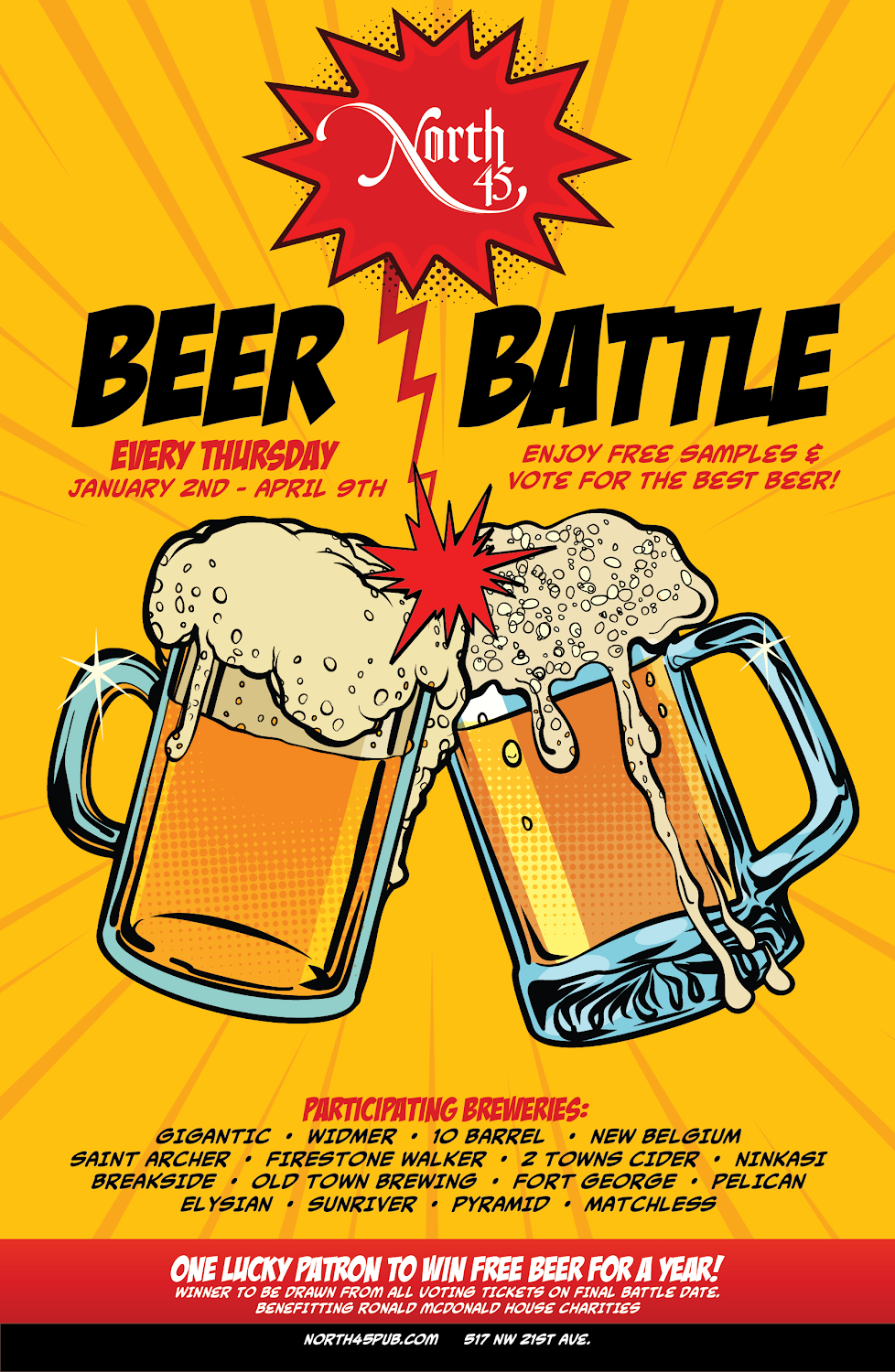 A new weekly beer series will come to Northwest Portland this winter and spring as North 45 will host its 2020 Beer Battle. This new 16 brewery, single elimination Beer Battle will take place each Thursday evening from January 2nd through April 9th.

After 11 years, North 45 decided not to return with its annual Brew Hog beer and ribs event this past fall. We are happy to see this cozy bar along NW 21st Avenue come up with a new event for its inviting, covered back patio this coming year.

Each week during Beer Battle, both breweries will host free tastings to determine which brewery will advance to the next round. After the first eight weeks the bracket will be narrowed down to 8 breweries. Then after twelve weeks Beer Battle will present its final four on March 26th and April 2nd with the Beer Battle Championship on Thursday, April 9th. 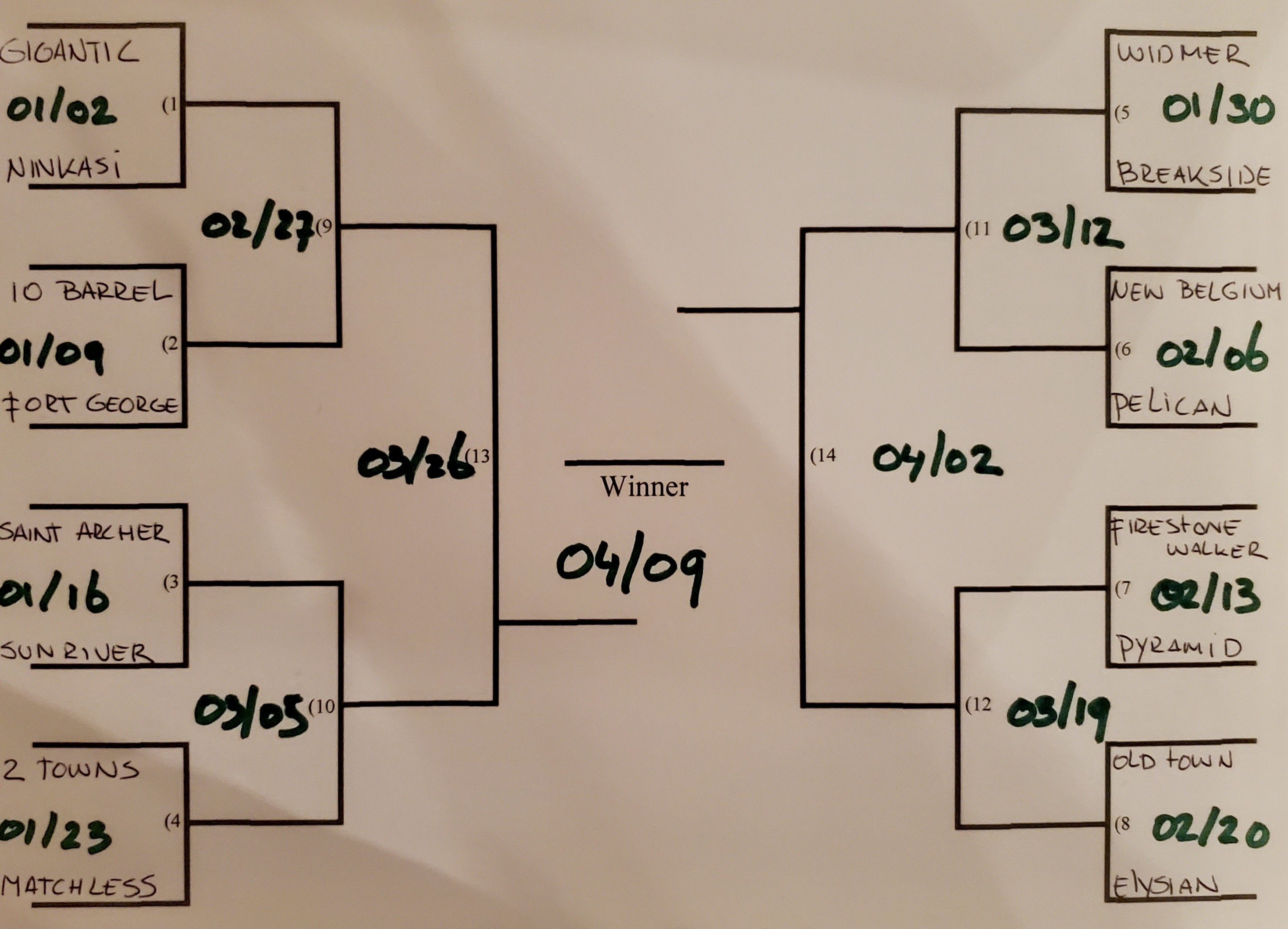 During these weekly Beer Battle tastings, patrons will vote for their personal favorite. Voters will also be entered into a drawing and once the battle is over on April 9th, one lucky winner will receive free beer for a year. A portion of all proceeds will be donated to Ronald McDonald House Charities, benefiting sick children and their families.