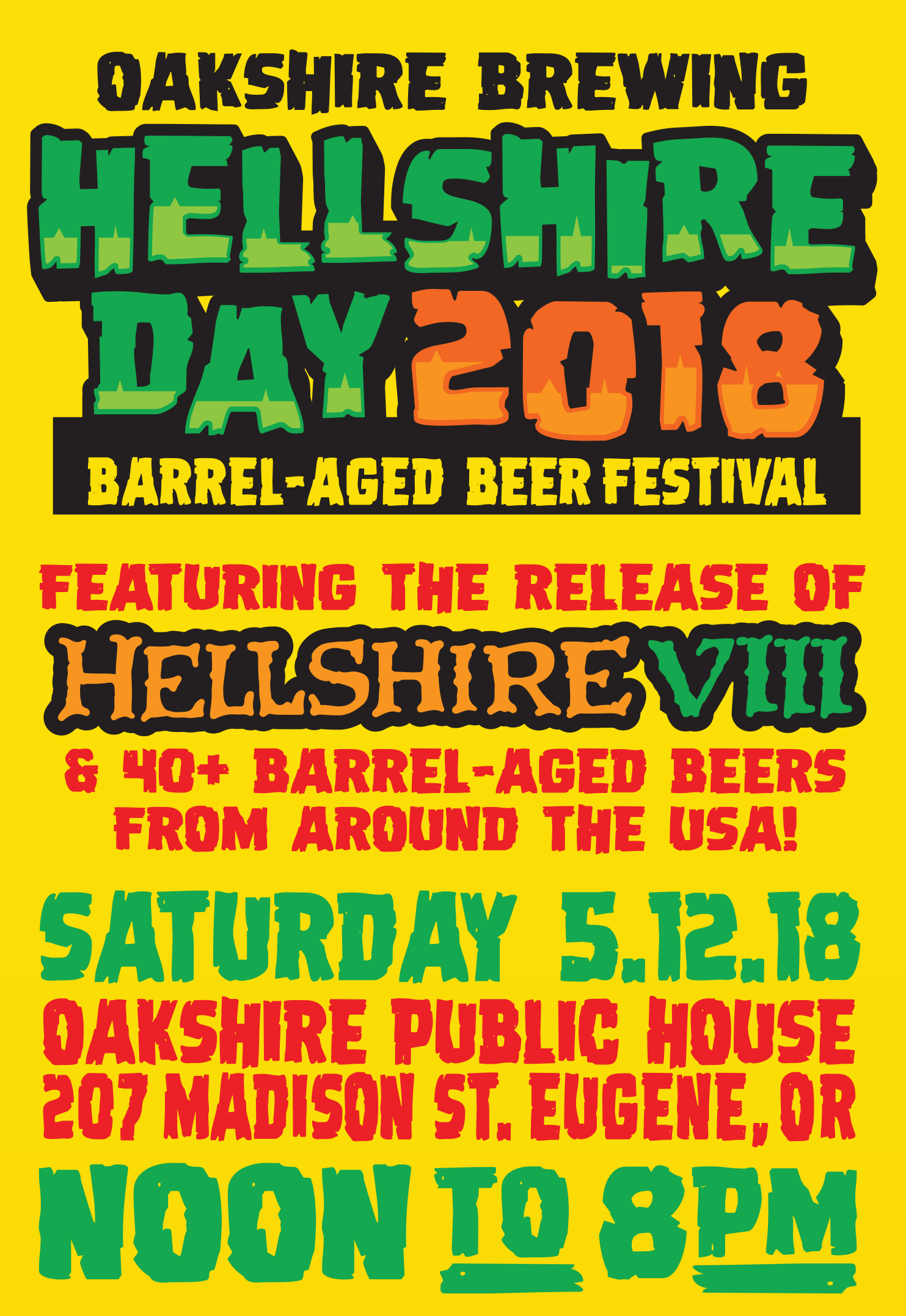 With the return of Hellshire Day 2018 on Saturday, May 12th, Oakshire Brewing will once again release its annual bourbon barrel-aged beer for the eighth year. Hellshire VIII Bourbon Barrel Aged Imperial Stout, brewed with cinnamon, cocoa nibs, coffee, vanilla beans and dried peppers will be available at the 5th Annual Hellshire Day for $20 per 22oz bottle.

Held at Oakshire Public House located in Eugene, Oregon, Hellshire Day 2018 will bring together over 35 breweries pouring a featured barrel-aged beer. The festival will take place from Noon to 8:00pm and advance tickets are now on sale at $30.00 each ($32.04 after fees) in advance ($35.00 at the gate) and entitle each ticket holder to a festival glass and 5 beer tokens. Organizers state that most beers are one token per 4 ounce pour. Additional beer tokens will be available for $2.00 each. Entry only to the festival is $5.00 each ($6.17 after fees) and allows one to order any of the Oakshire regular lineup of beers but not the festival barrel-aged beer offerings. At the gate these tickets will be $10.00 each.

Oakshire Founder Jeff Althouse describes the fest in a statement as, “A celebration of the pinnacle of craftsmanship in beer making. Hellshire Day showcases rare and special beers from a variety of independent brewers. The community gathering of beer makers and beer drinkers at Hellshire Day is a rare experience in the underworld of barrel-aged beer.”

Hellshire Day’s headlining beer is Hellshire VIII; Oakshire’s 2018 Vintage release in the Hellshire series of bourbon barrel-aged imperial stouts. For the beer’s eighth installment, Hellshire VIII is a take on Mexican coffee that offers a big and bold chocolaty imperial stout aged in 4 Roses Distillery Kentucky bourbon barrels. Showcasing a natural and sweet vanilla from the wood; cinnamon, cocoa nibs, coffee, and escalating peppers, Hellshire VIII takes after the Especial versions of the previous two years and comes in at 14% ABV and packaged in 22 ounce wax dipped bottles with label art once again from Sean Aaberg.

“The spiciness comes through as a warming pepper sensation across your palate, super smooth and crazy drinkable for the high ABV,” said Dan Russo, who also leads Oakshire’s barrel aging programs, in a statement. 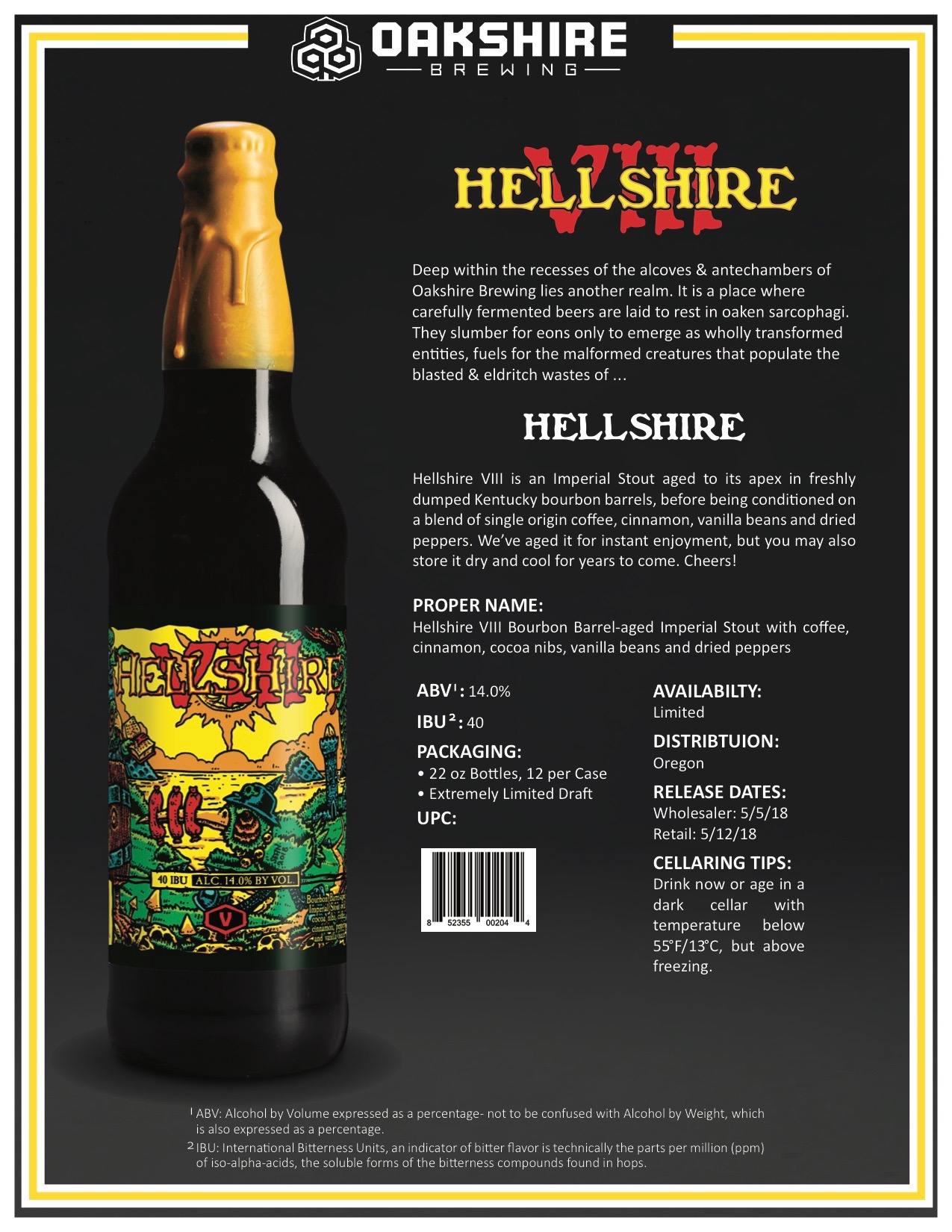 If you cannot wait until May 12th to get your hands on a bottle of Hellshire VIII, Oakshire Brewing is hosting The Hellshire Experience on Friday, May 11th from 6:00-9:00pm. Oakshire’s Lead Brewer Dan Russo and brewery Co-Founder Jeff Althouse will lead this intimate all-inclusive evening of vintage draft pours from the beer library, food and live music. This behind- the-scenes all-inclusive warehouse party will give barrel-aged beer fans and industry professionals the chance to try Hellshire VIII for the first time along with other special vintage offerings. Also included is an extremely rare Oakshire Vintage Brunch in Hell 750ml Bottle for each guest to relive the experience in his or her own time. The first bottling for this perennial favorite is a divergent offspring of Hellshire VIII’s base beer laid to rest in a freshly dumped St. Croix Rum Barrel. This single barrel breakfast inspired beer features and Organic Vermont Maple Syrup and single origin Columbian varietal coffee roasted by our friends at Slightly Coffee Roasters.

“It’s a great honor for us that our brewery friends from around the country continue to share their rarest beers with us,” said Russo in a statement. Here’s a rundown on what to expect to be pouring on draft at Hellshire Day 2018. 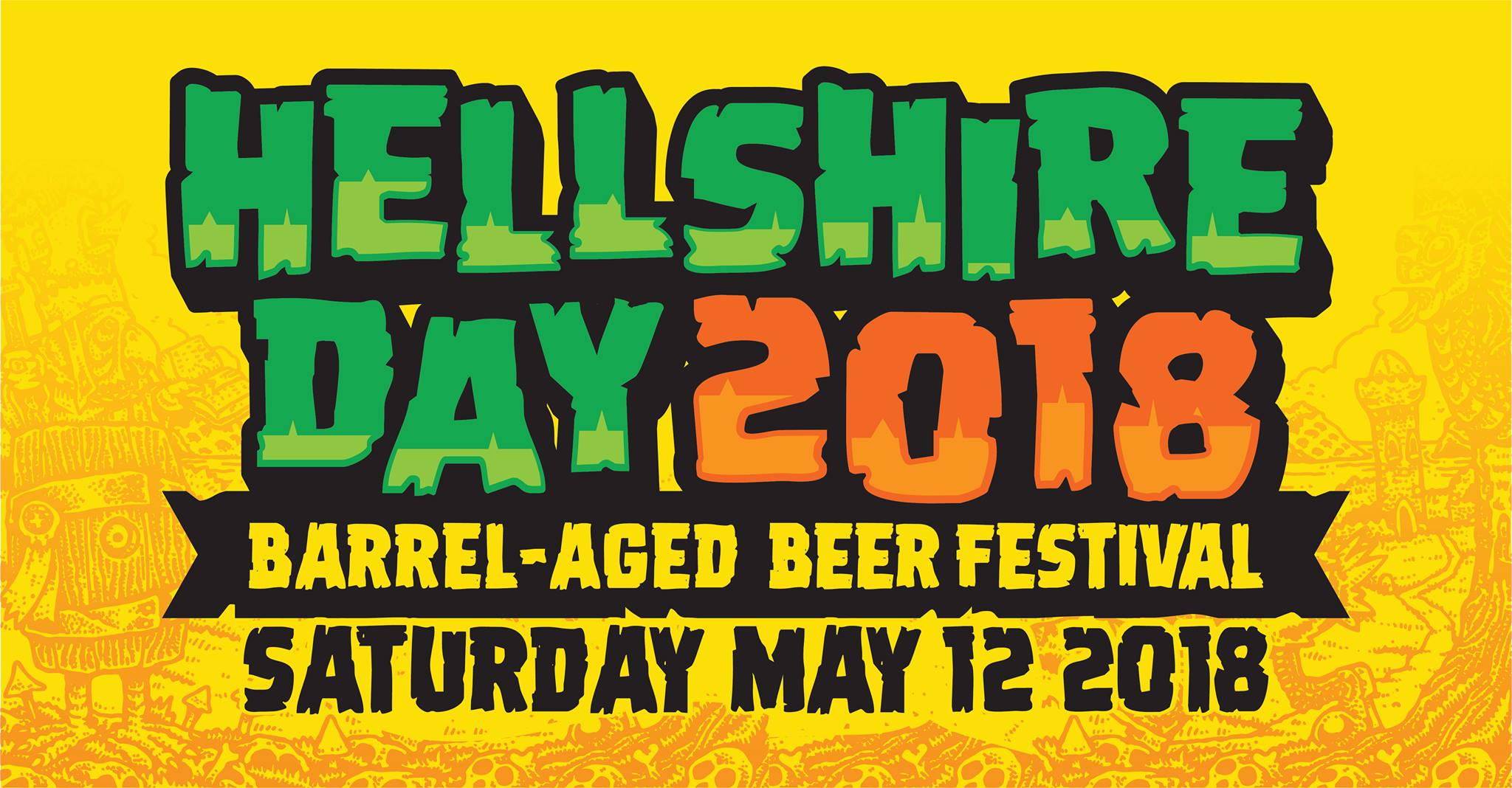