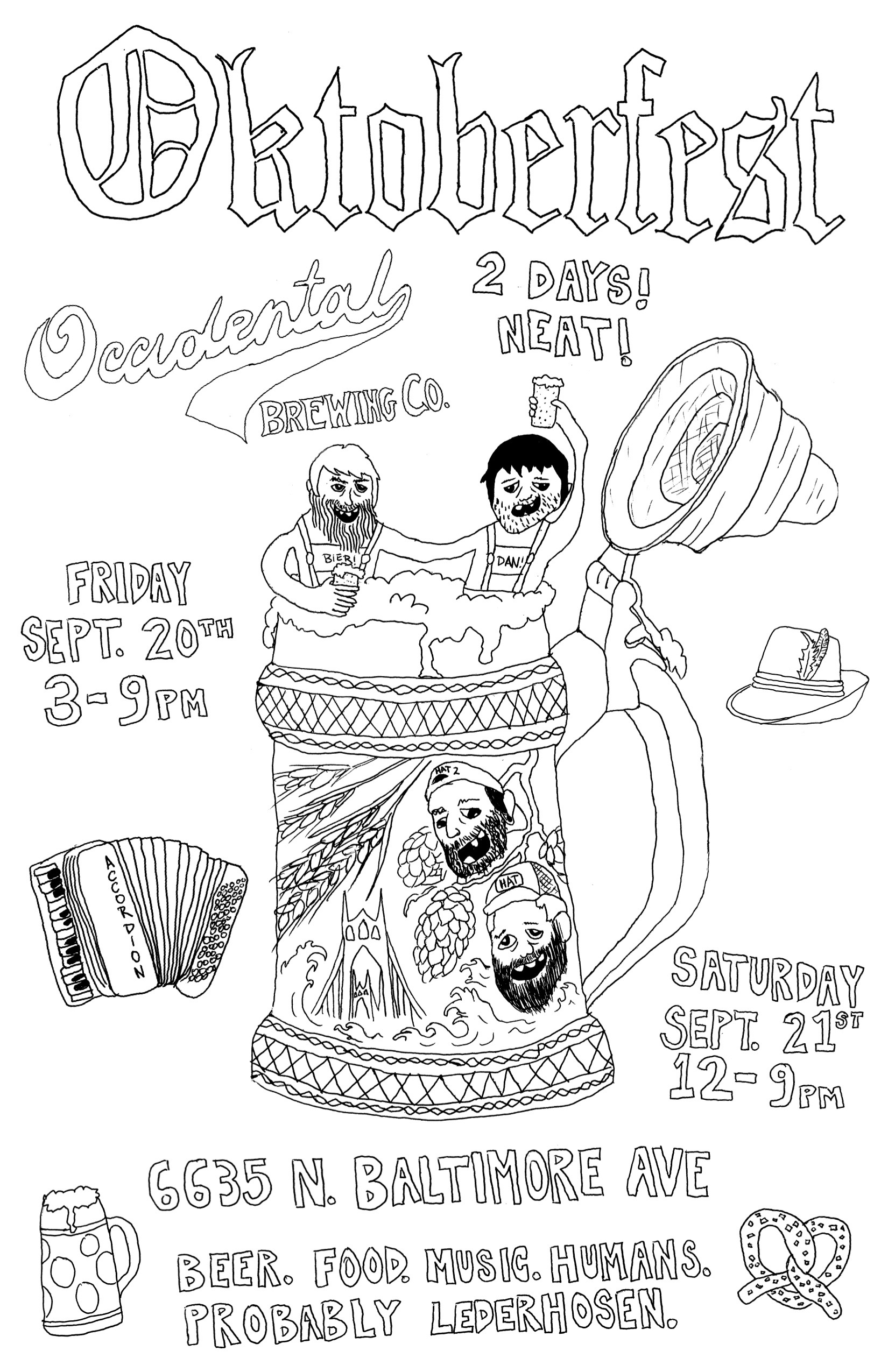 With the Fall season approaching, this means its nearly time for Oktoberfest celebrations across the region. Portland’s Occidental Brewing will once again host its 2019 Oktoberfest at its brewery on two days, Friday September 20th from 3:00-9:00pm and Saturday September 21st from Noon-9:00pm

This annual Bavarian inspired celebration will be two days filled with Festbier, bratwurst, music, more beer, and even more fun. As always, admission is free. You need a stein for beer which can be purchased for $10 at the gate or you can use yours from any years past. This is a family friendly event!

Occidental will have its 2019 edition of its popular Festbier on tap as well as all of our traditional favorites. Urban German Grill will serve delicious German fare to soak up your beverages.

There will be live music both days, with The Oregon Trailers headlining Saturday evening. You can look forward to some new additions to the festival this year including a stein holding competition, corn hole, an outside beer garden plus more!

Stay up to date on the happenings at Occidental Brewing’s 2019 Oktoberfest by following the Facebook Event Page.