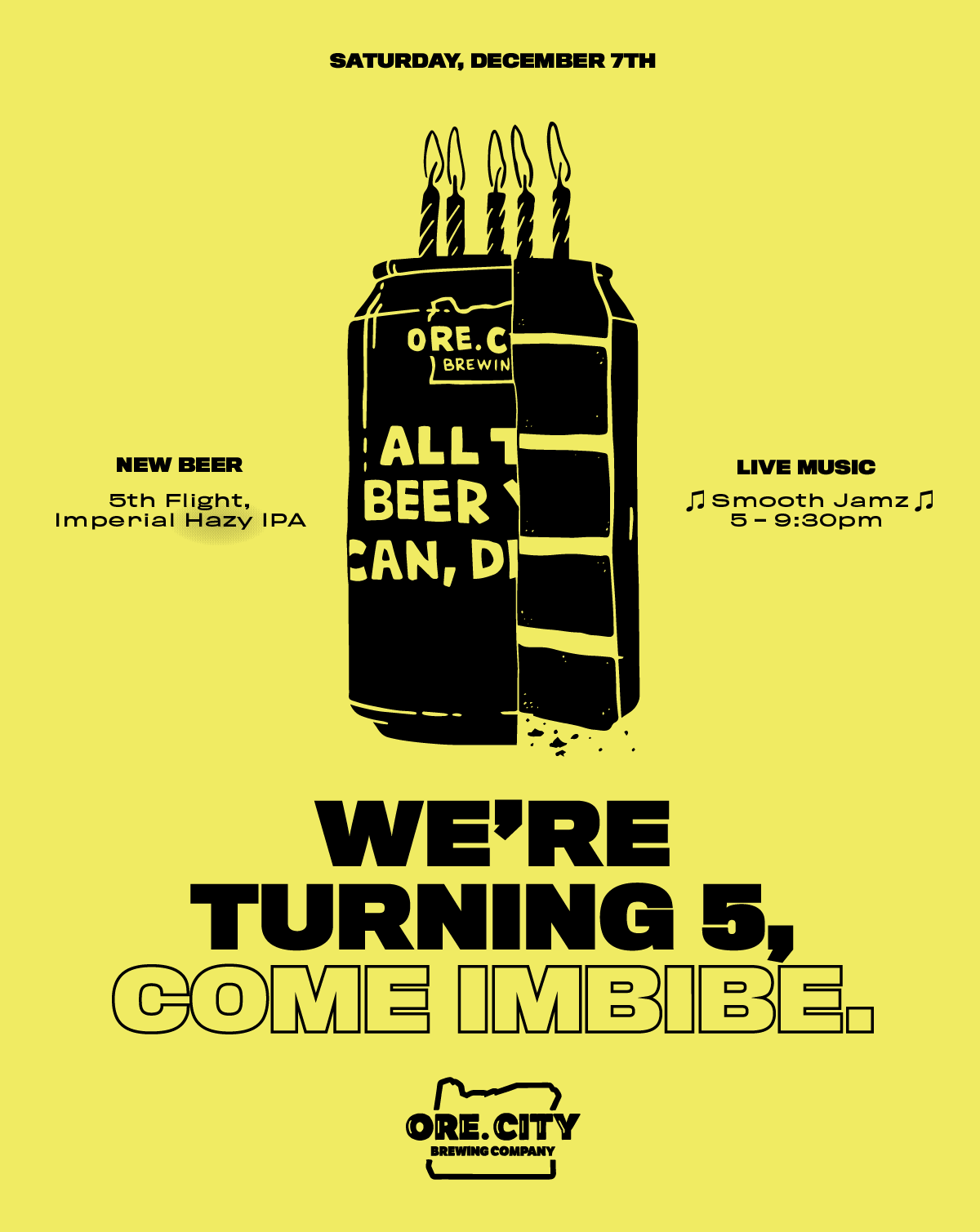 As it hits the five-year mark, Oregon City Brewing is set to celebrate its 5th Anniversary on Saturday, December 7th. The evenings event of food, live music and of course beer will begin at 5:00pm.

Oregon City Brewing will be featuring 5th Flight, the brewery’s first Hazy Imperial IPA. Brewed with pilsner malt, wheat, and flaked wheat, and hopped with Simcoe and Citra, 5th Flight is fermented with Imperial Yeast’s Juice yeast and clocks in at 8% ABV and 55 IBUs.

Oregon City Brewing’s food partner, Olympia Provisions Public House, will have food specials running all day, as well as their full menu. The brewery will also be partnering with Moore Than Just A Cupcake in Oregon City to provide over 350 mini-cupcakes to customers and attendees.

In addition to the cupcake giveaway, Oregon City Brewing will be revealing new merchandise with specials on other select merchandise, as well as a special gift card discount promotion.

Live music will be part of the festivities. Portland rock band Pulp Romance takes the stage at 5:00pm. After that, Portland-based Rum River Cult takes over at 6:30pm. Then The Celebrators, featuring Oregon City Brewing employees Nicolai Carrera and Aaron Tackett, finish up the live music from 8:00-9:30pm.

The family friendly event allows minors until 9:00pm inside, and until 10:00pm outside on the patio. There will be a heated tent on the patio to shield party goers from any inclement weather.