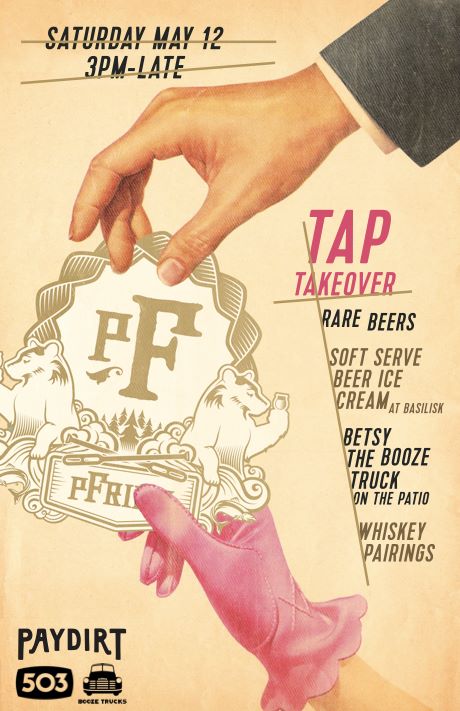 One of Portland’s hidden gems of an outdoor patio is on the backside of The Zipper located at 2705 NE Sandy. The Zipper is the renovated triangular building that is home to a few restaurants, including Wares, Basilisk, Slice Pizza, ChickPeaDX, and Seven Virtues Coffee Roasters

Paydirt is also one of the tenants and features one hell of a whiskey selection alongside a great rotating tap list. This coming Saturday, May 12th, pFriem Family Brewers will be taking over the taps at Paydirt for an evening of tasty beer, whiskey pairings, prizes, and more. The fun begins at 3:00pm when Paydirt opens and continues until late in the evening.

Also making an appearance on Saturday is Betsy the Booze Truck. She’ll be parked on the patio serving up some other amazing cocktails. Plus Basilisk will be serving soft serve made with pFriem beer! A perfect combination with the great warm weather expected for this weekend.