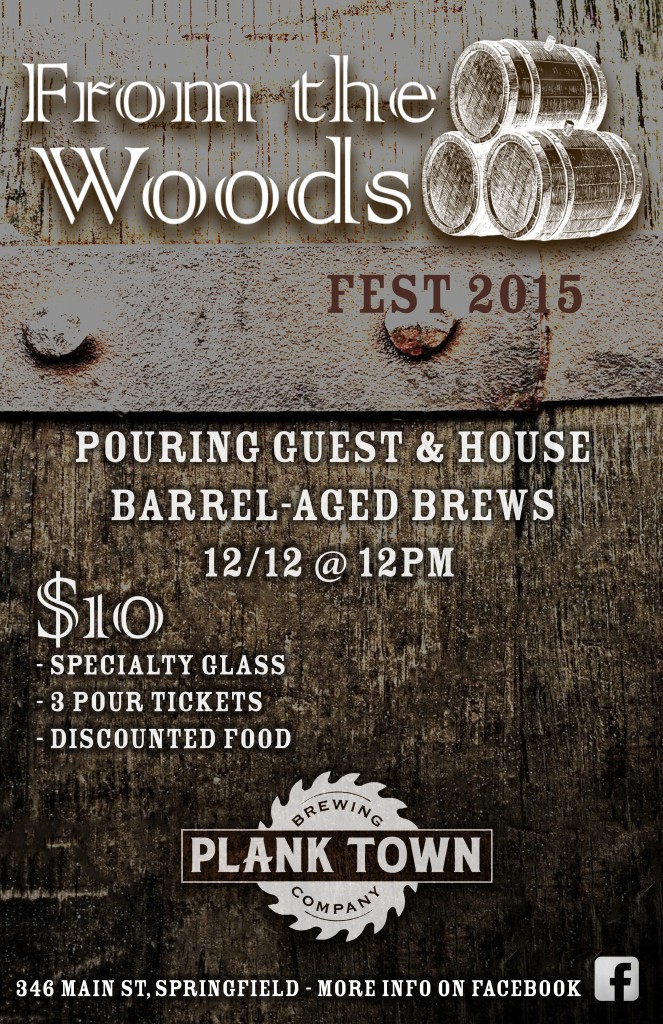 In addition to barrel-aged beers from Plank Town Brewing Company, the following other area regional breweries and cideries will be featured.

Entry is $10.00 and includes a specialty glass, 3 pour tickets, and a coupon for discounted food. Additional tickets will be available for purchase.